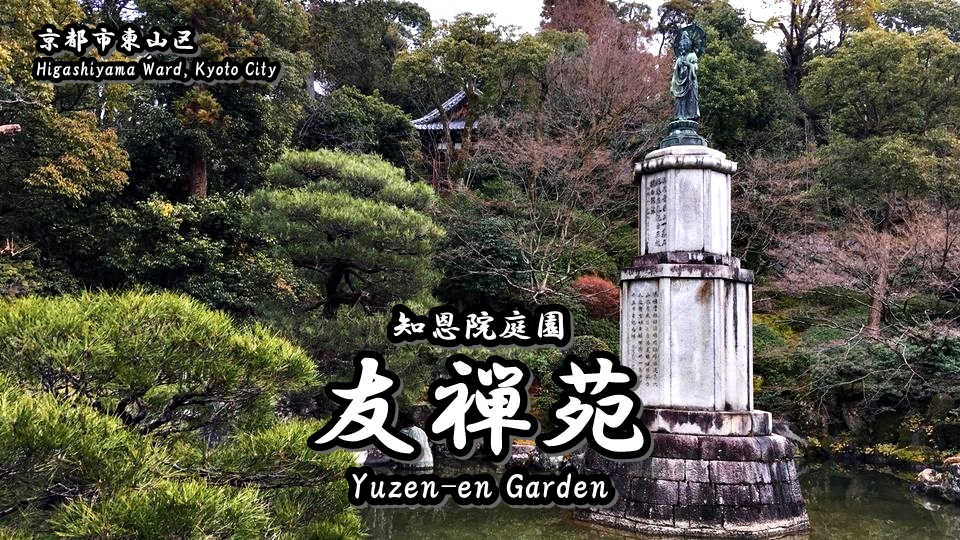 The name of this garden comes from Yuzensai MIYAZAKI (宮崎友禅斎).

He was a painter of folding fan who was active in Kyoto during early to the mid Edo period.

This garden is one of the most famous gardens in the Showa period which was made to commemorate the 300th anniversary of the Yuzensai MIYAZAKI’s birth.

Let’s study the history of this garden with me before introducing Yuzen-en garden.

I think that we can enjoy the sightseeing of this garden more by learning the history of it. XD 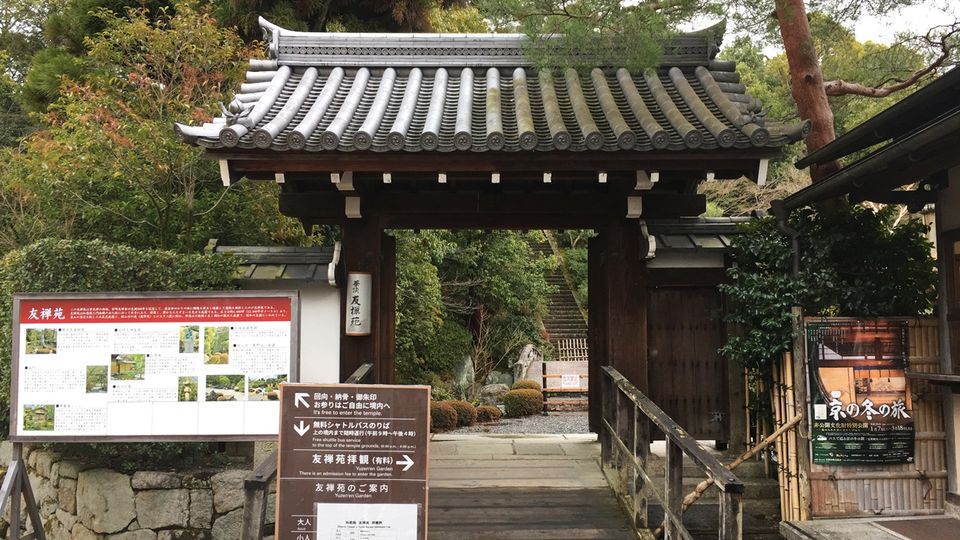 This garden was made in the Showa period to commemorate the 300th anniversary of the Yuzensai MIYAZAKI’s birth.

Yuzensai MIYAZAKI was a painter of folding fan who was active in Kyoto during early to mid Edo period.

Yuzen is one of the traditional arts of Japan, and refers to dyeing technique that was designed by him. 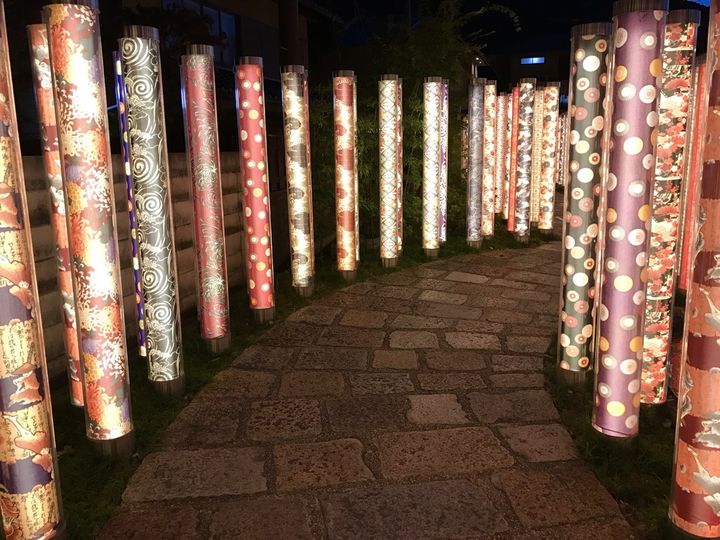 It is said that ‘Kyo-Yuzen’ is highly abstract patterns and ‘Kaga-Yuzen’ is more painting-like.

This garden praised his achievement and was built in 1954.

Therefore, this garden was named ‘Yuzen-en’ after his name. 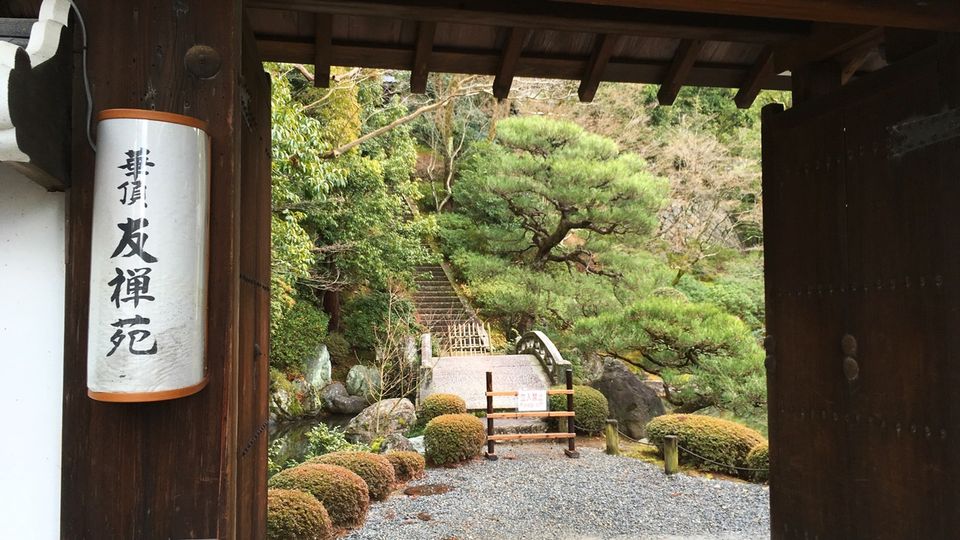 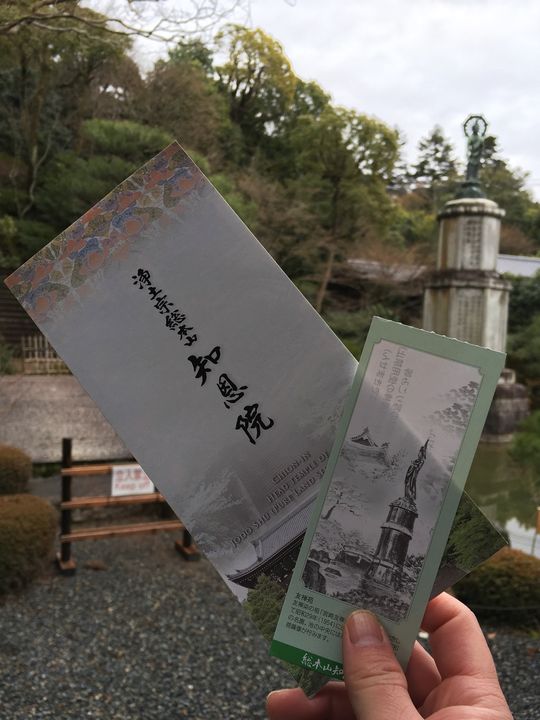 Next, Let’s go to see highlights of this garden with me! 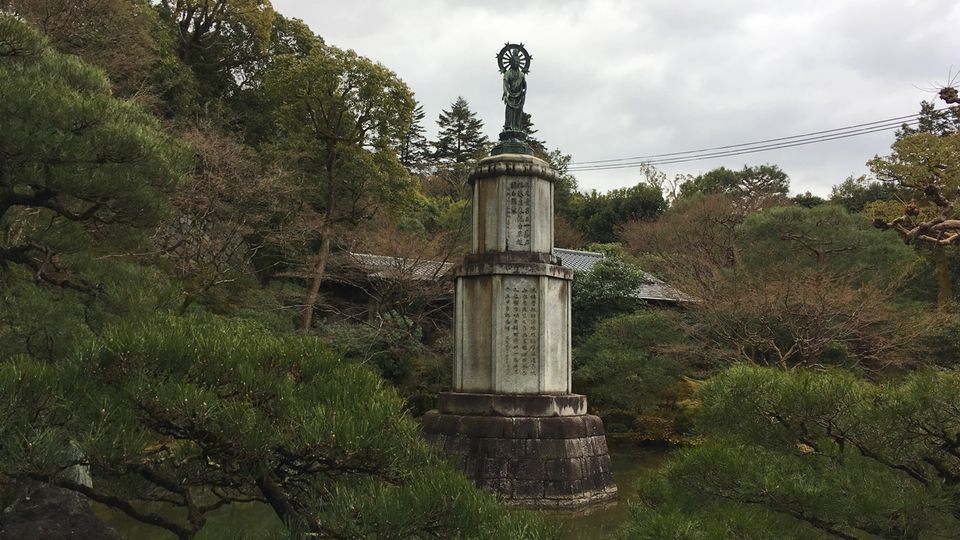 The east side of this garden is the chisen-kaiyushiki-teien style (池泉回遊式庭園 : a stroke-style garden around a big pond).

Bronze statue of Kannon Bosatsu (観音菩薩) which was made by Koun TAKAMURA (高村光雲) is enshrined in the center of the pond. 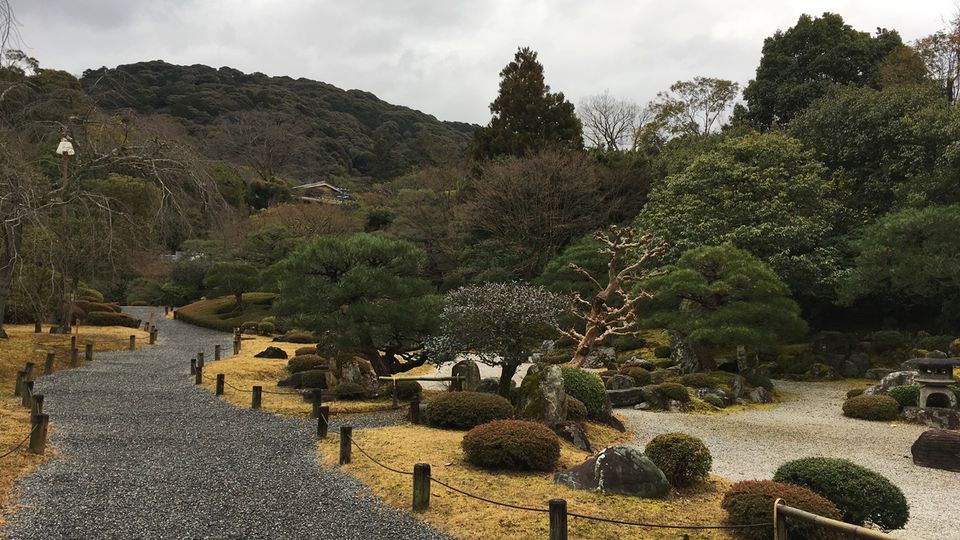 The west side of this garden is a Karesansui garden (枯山水:Japanese rock garden). 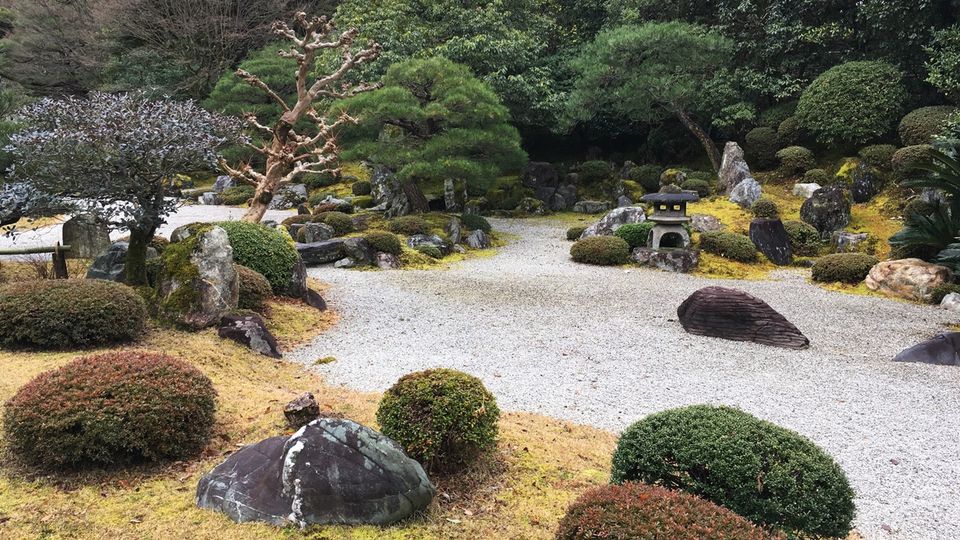 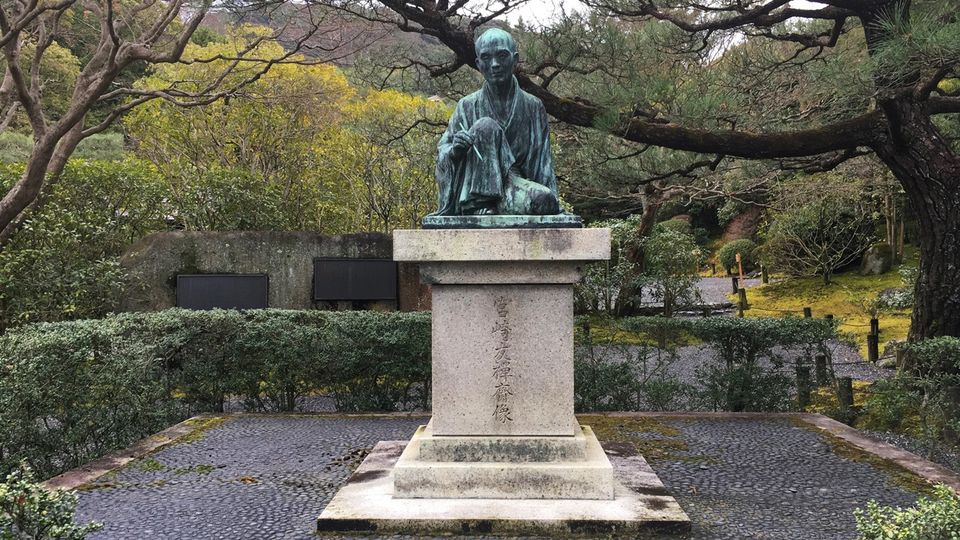 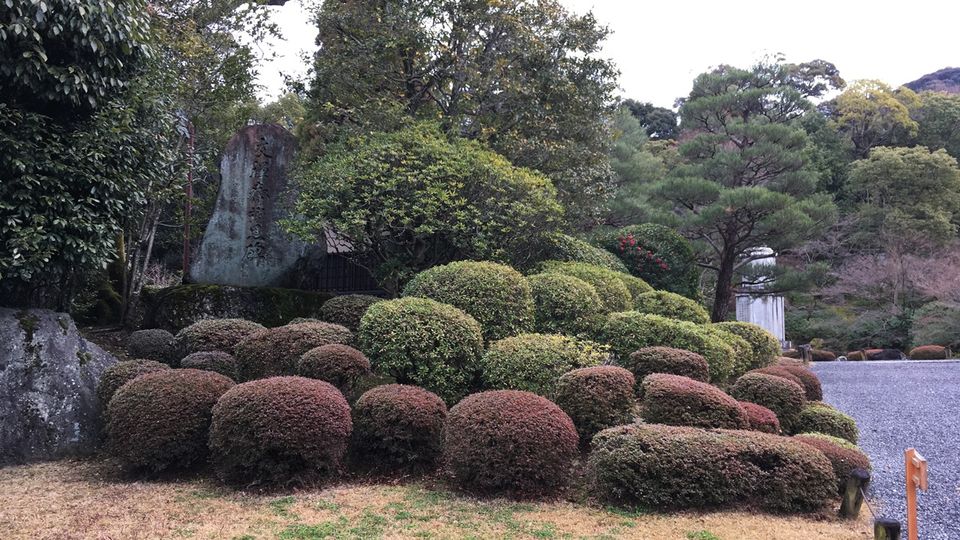 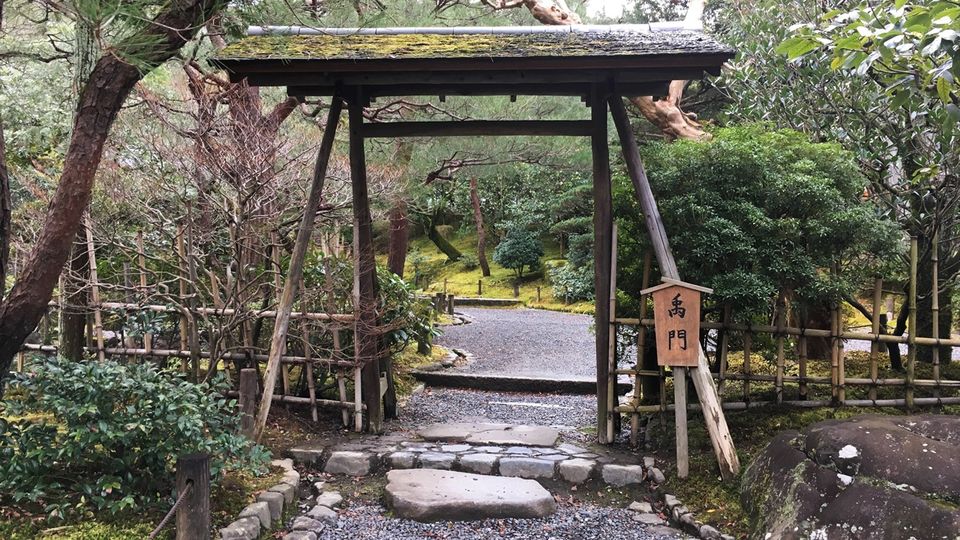 U-mon gate is said that the original of this gate is the gate which was made by ‘U (禹王),’ founder of the Ka Dynasty (夏王朝) in China.

It is said that you can succeed in life when you pass through this gate. 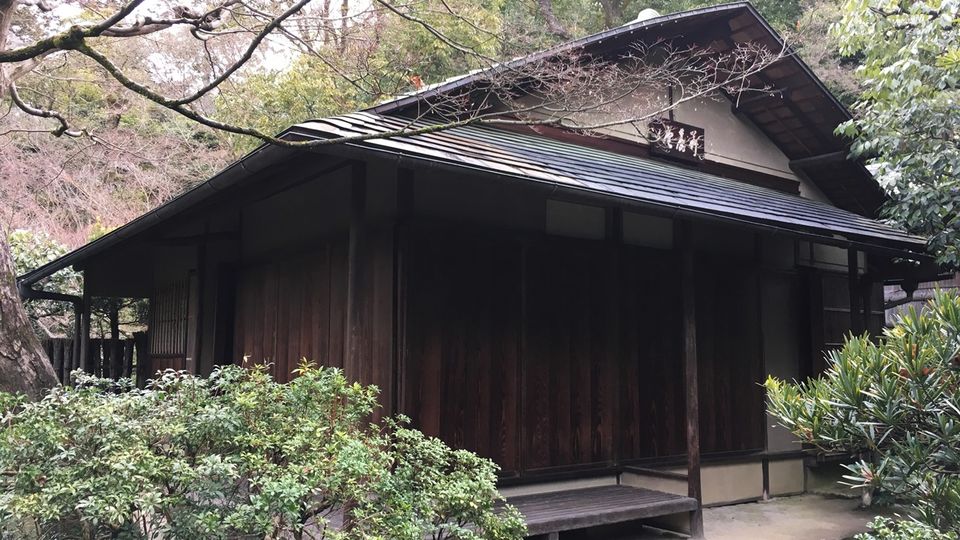 Karoku-an has the role of a tea house.

It has a deep connection to the Urasenke (裏千家) which is one of the most famous schools of the tea ceremony in Japan. 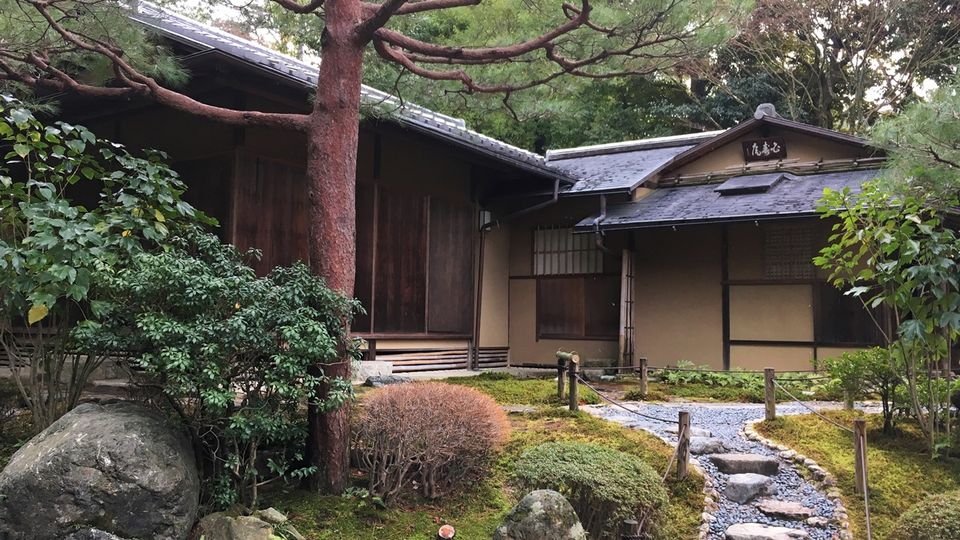 Hakuju-an has a role of the tea house.

It also has a deep connection to the Urasenke (裏千家). 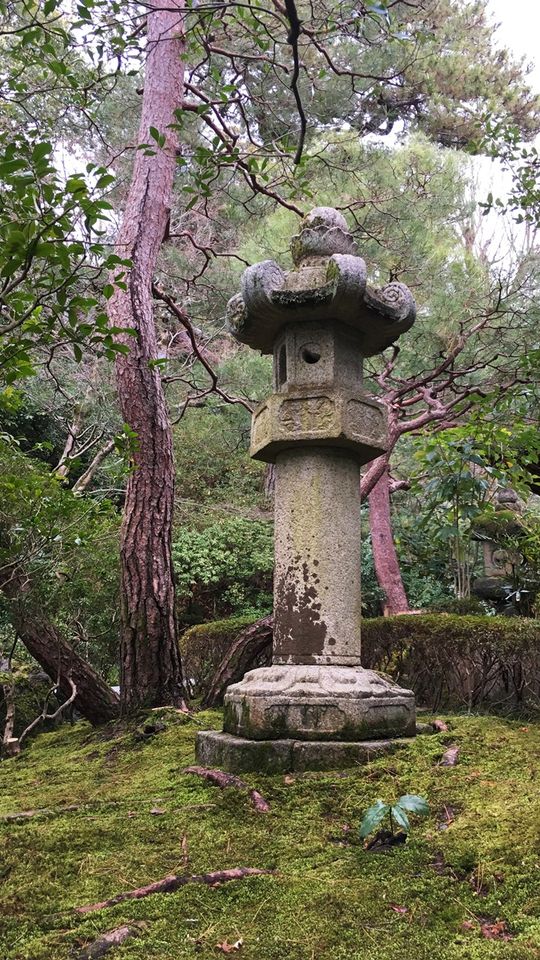 This garden lantern is called ‘Haiku toro’ because a haiku of Basho MATSUO (松尾芭蕉) is engraved into it. 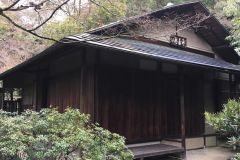 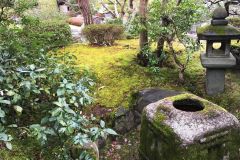 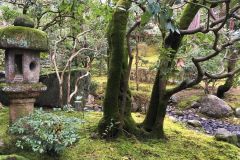 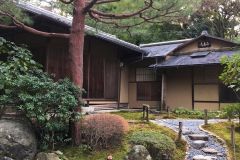 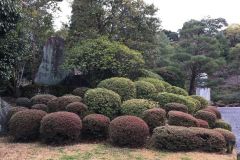 Japan's Travel Manual
Highlights and how to get to the Kyoto Higashiyama Hanatouro.
https://jpmanual.com/en/kyoto-hanatouro
Kyoto(Higashiyama) is lighted up every year in March at night.This event is called "Kyoto Hanatouro" and is performed every year from 2003.In addition, only during this period, you can see the temple in particular in the night. Unlike the daytime, you can enjoy a night fantastic atmosphere! d(*ﾟーﾟ*)This event is held every year in the middle of March. (adsbygoogle = window.adsbygoogle || ).push({});Contents: Kyoto Higashiyama Hanatouro "Shoren-in" : Blue illumination...

This garden is one of the venue of this events.

How to get to Yuzen-en garden

We can also go by bus from JR Kyoto Station.

From Osaka Sta. to Gion-shijo Sta. (by train)

1.Get on the JR Loop Line from Osaka Station to Kyobashi Station and change to the Keihan Railway.

2.Get on the Keihan Railway from Kyobashi Station to Gion-shijo Station.

From Namba Sta. to Gion-shijo Sta. (by train)

1.Get on the Osaka Metro Midosuji-Line from Namba Station to Yodoyabashi Station and change to the Keihan Railway.

2.Get on the Keihan Railway from Yodoyabashi Station to Gion-shijo Station.

From Kyoto Sta. to Gion-shijo Sta. (by train)

1.Get on the JR Nara Line from Kyoto Station to Tofukuji Station and change to the Keihan Railway.

2.Get on the Keihan Railway from Tofukuji Station to Gion-shijo Station.

From Gion-Shijo Station (on foot) 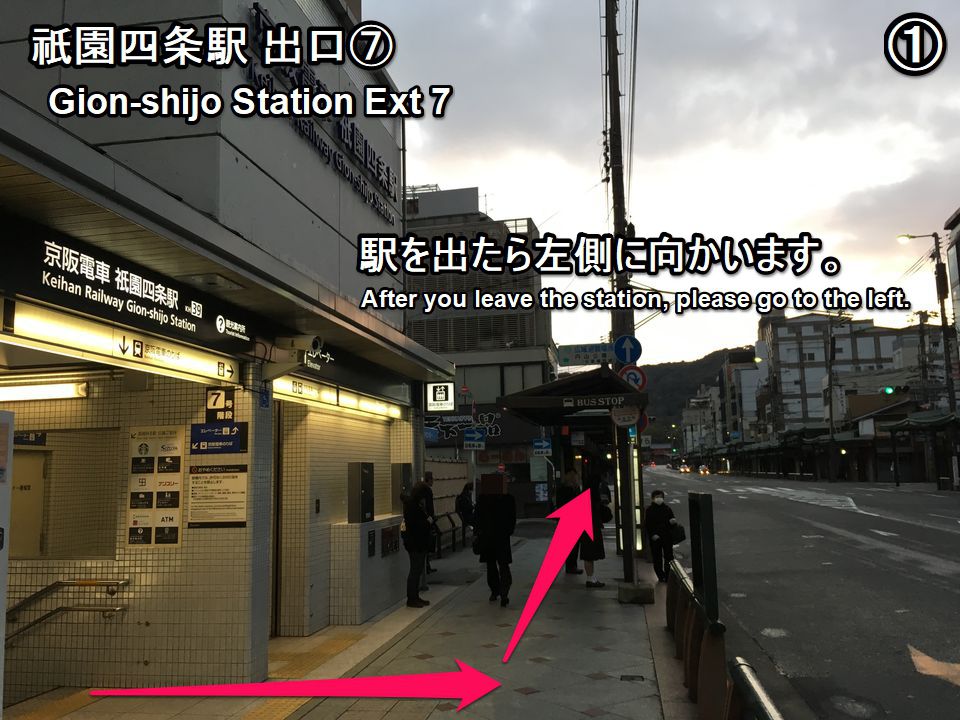 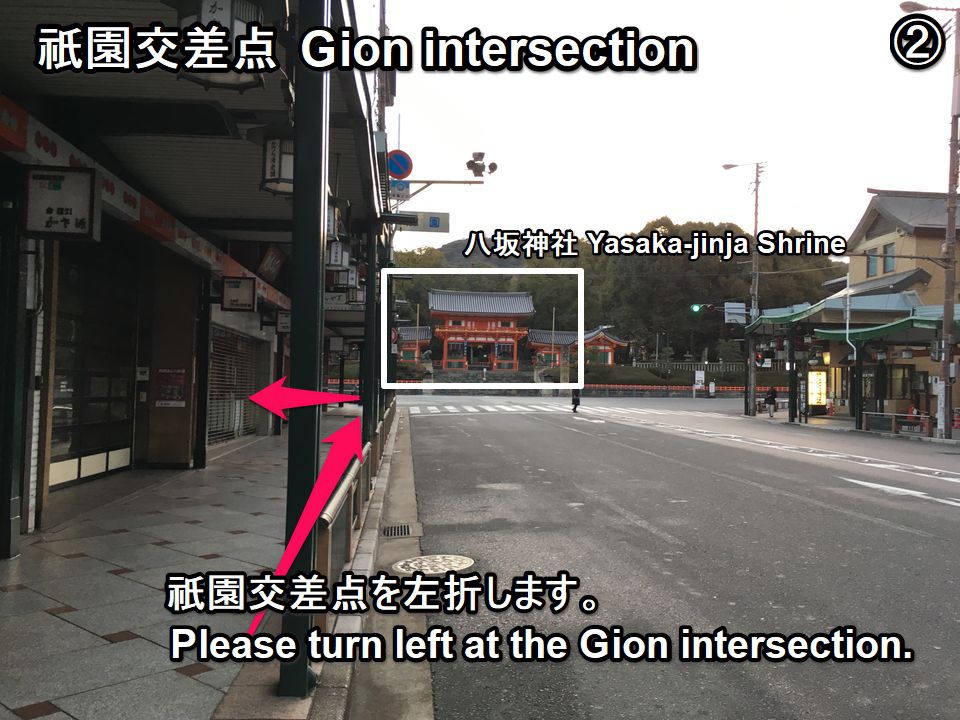 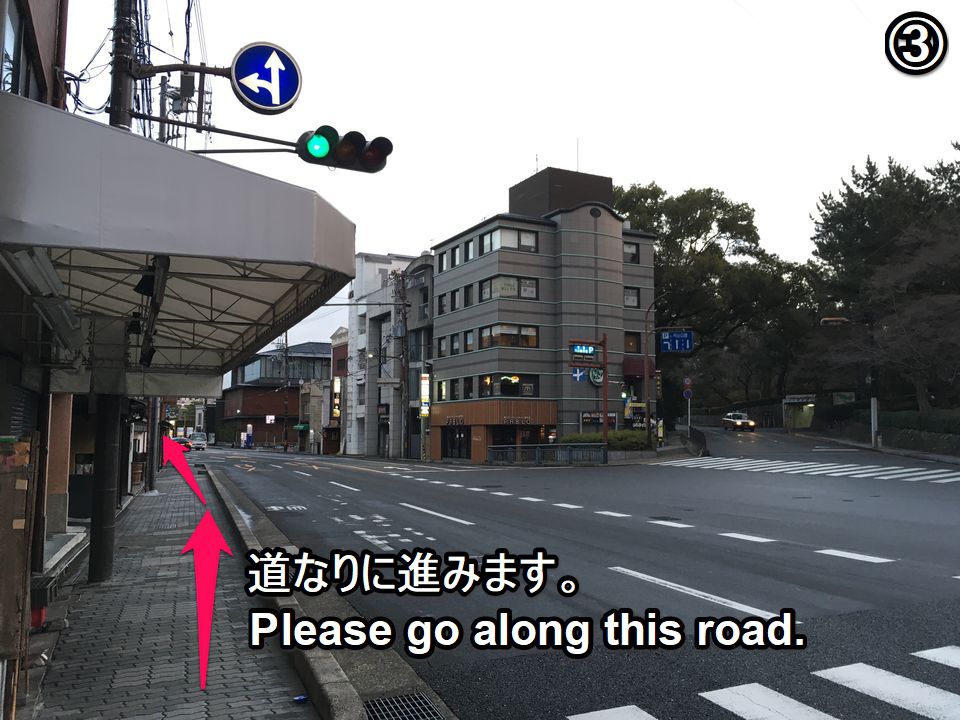 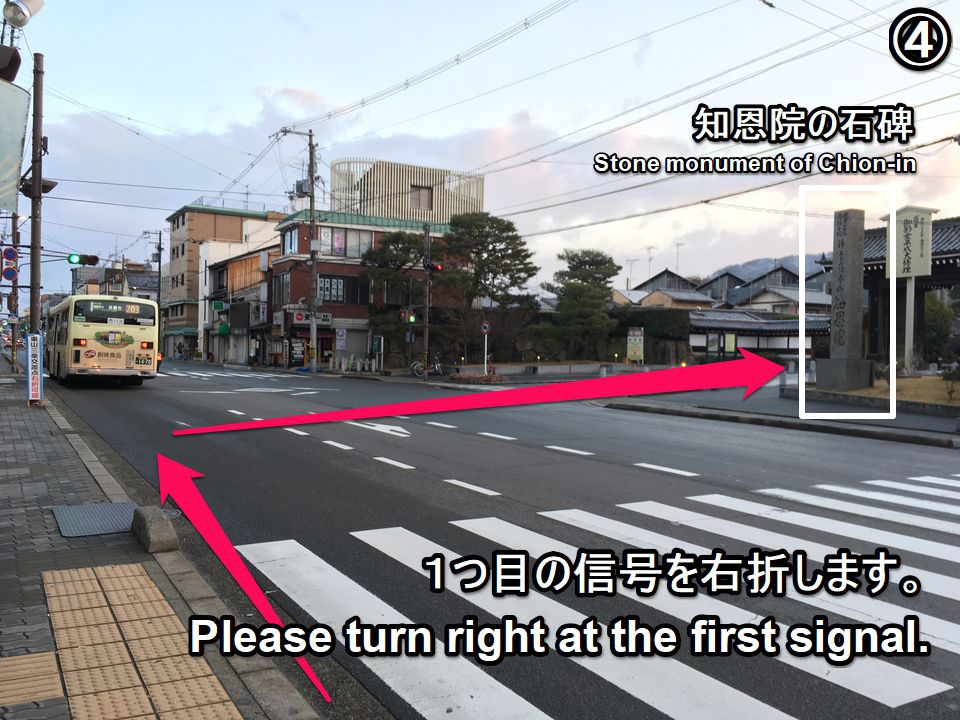 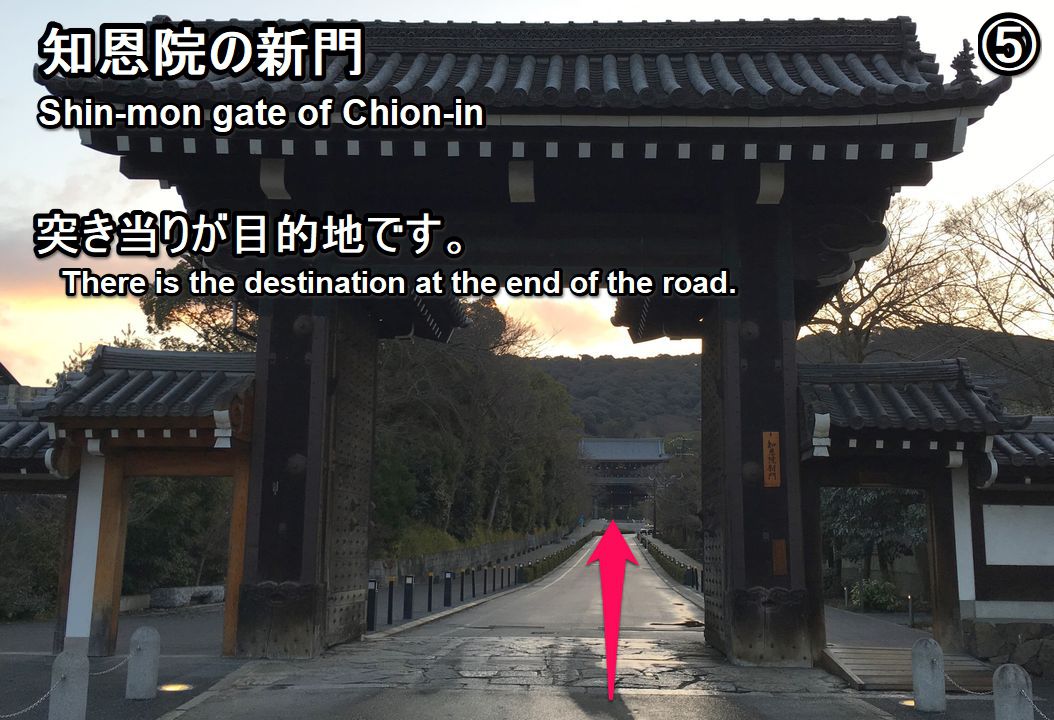 Get on a bus from JR Kyoto Station

Please get on a Kyoto City Bus No.206 (Kyoto Sta.[D2] bus stop) and get off Chionin-mae (Chionin Temple) bus stop.