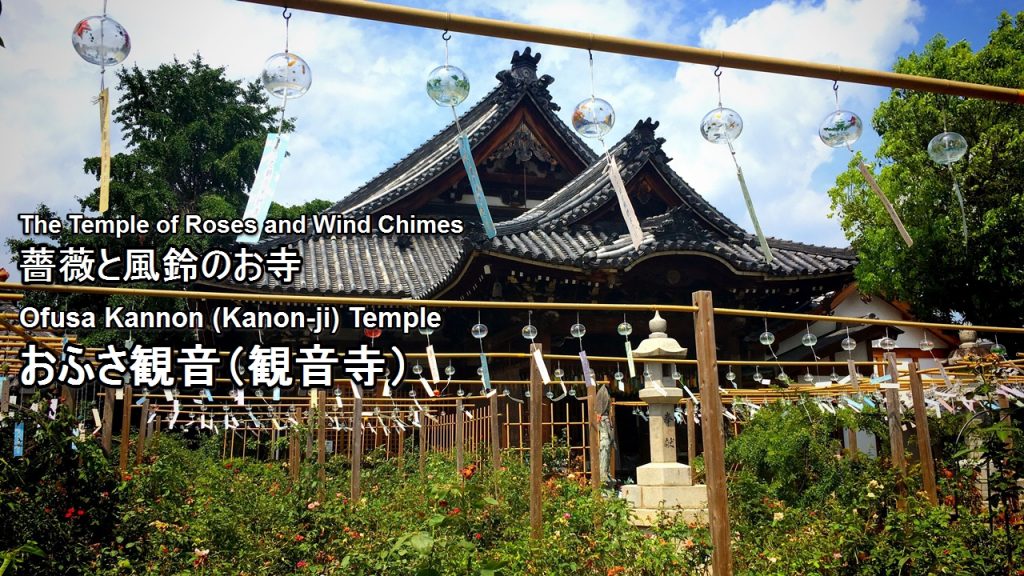 The Japanese summer is very hot. Kansai is particularly hot.

Japanese summer is already a summer of southern country…!?

Well, do you know Furin(wind chime)?

A tone of the wind chimes is the tone that can feel the cool.

That is why the Japanese people enjoys the tone of the wind-bell in hot summer from old days.

“Wind chime festival” of Ofusa Kannon is the festival that can hear the tone of such a lot of wind chimes.

Ofusa Kannon Temple treats visitors to roses with a wide variety of colors, as well as other varieties of flowers that can be enjoyed all year round. The name of this temple originates from a local girl from the Edo period called Ofusa. Ofusa began worship of the Goddess Kannon (goddess of mercy and compassion) on this spot, and this eventually developed into the temple that exists today.
引用(citation):http://www.ofusa.jp/english.html

Ofusa Kannon is the small temple which there is in Kashihara-shi of Nara, but is very famous as a rose and a temple of the wind chime. 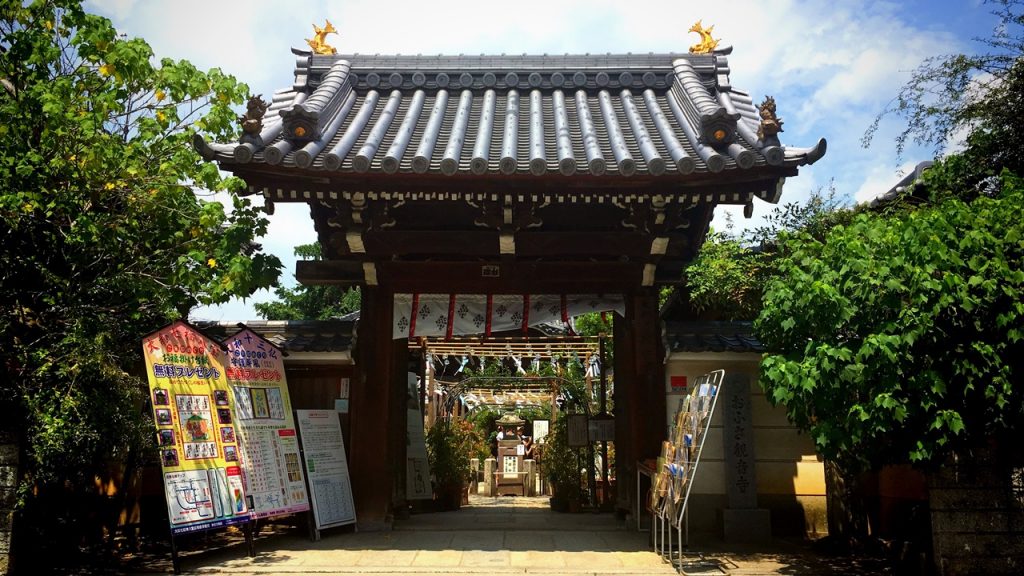 “Rose Festival” is held in May, June, October and November. 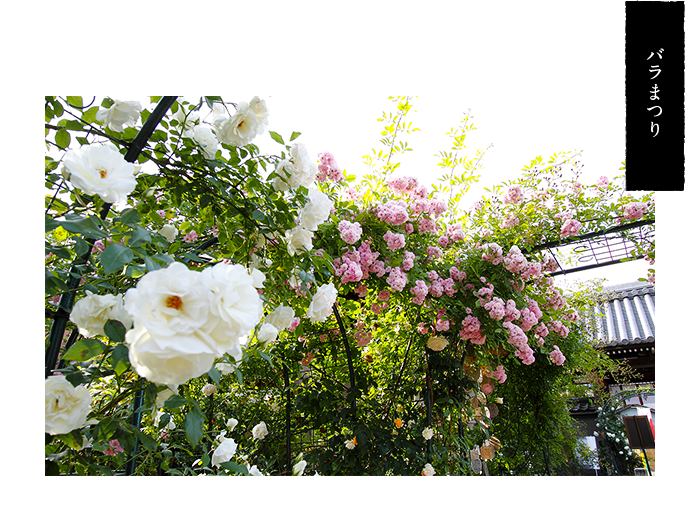 “Wind chime Festival” is held in July and August. 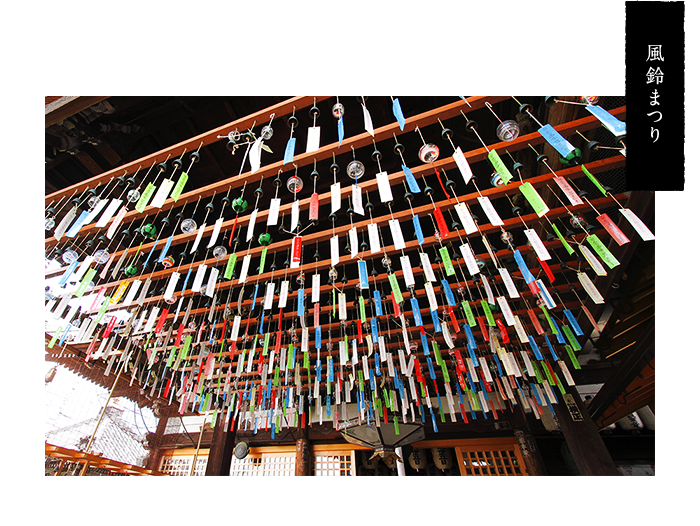 A guide stone to the hundred times worship in the precincts. 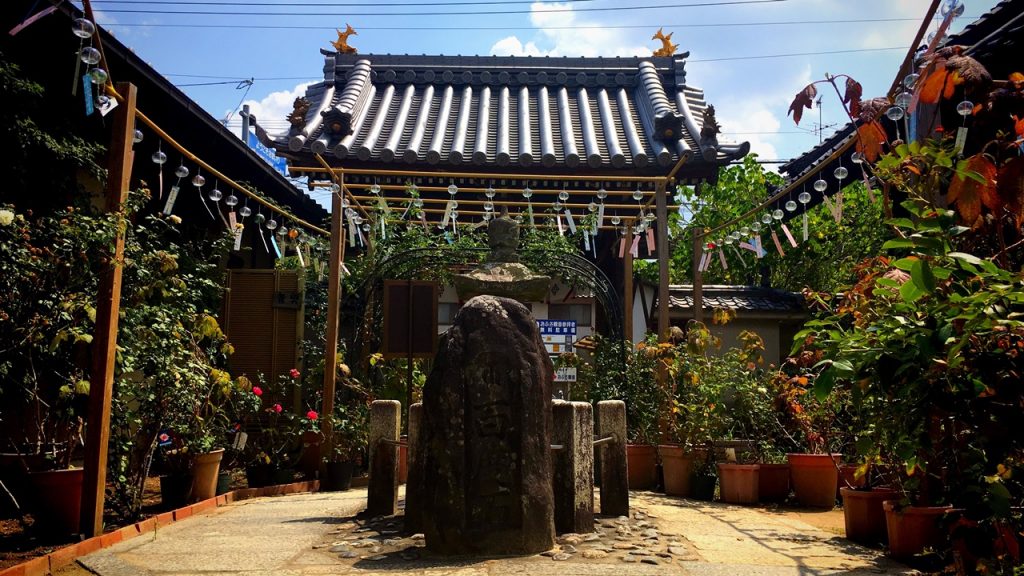 There is an excellent garden although being small in the depths of the precincts. 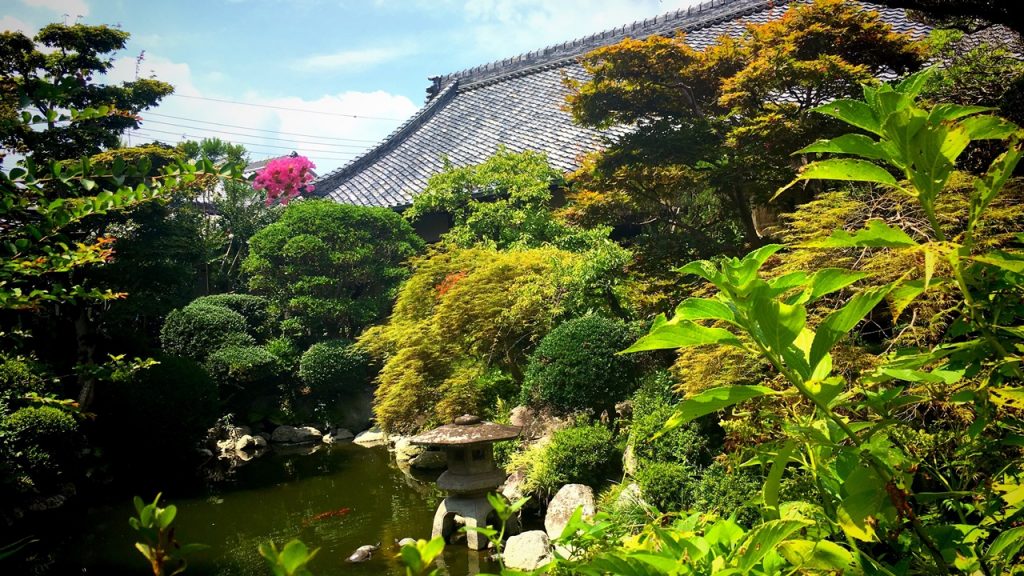 The building adjacent to the garden is a tea shop. 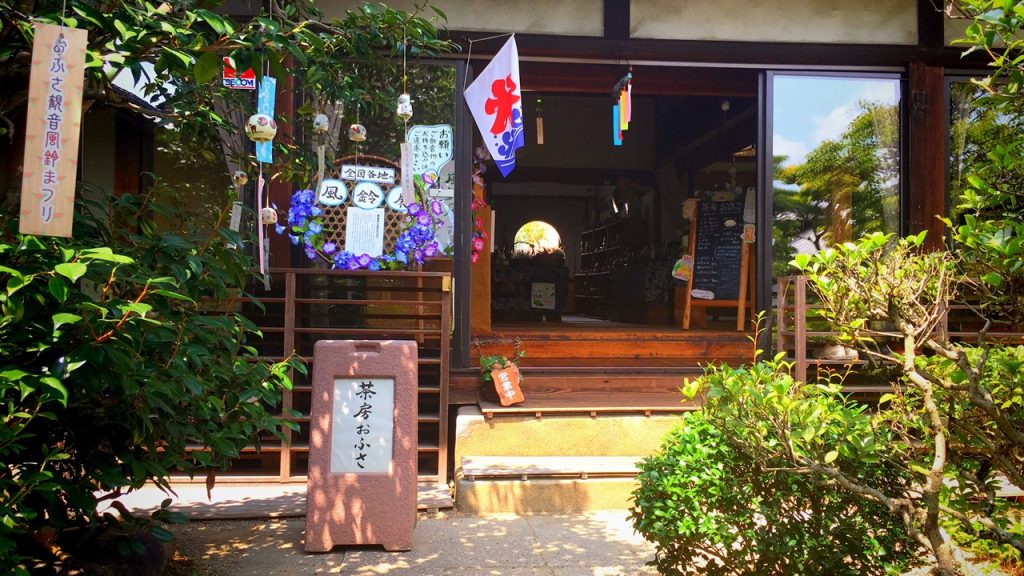 This is the scenery of the garden to look at from a tea shop. 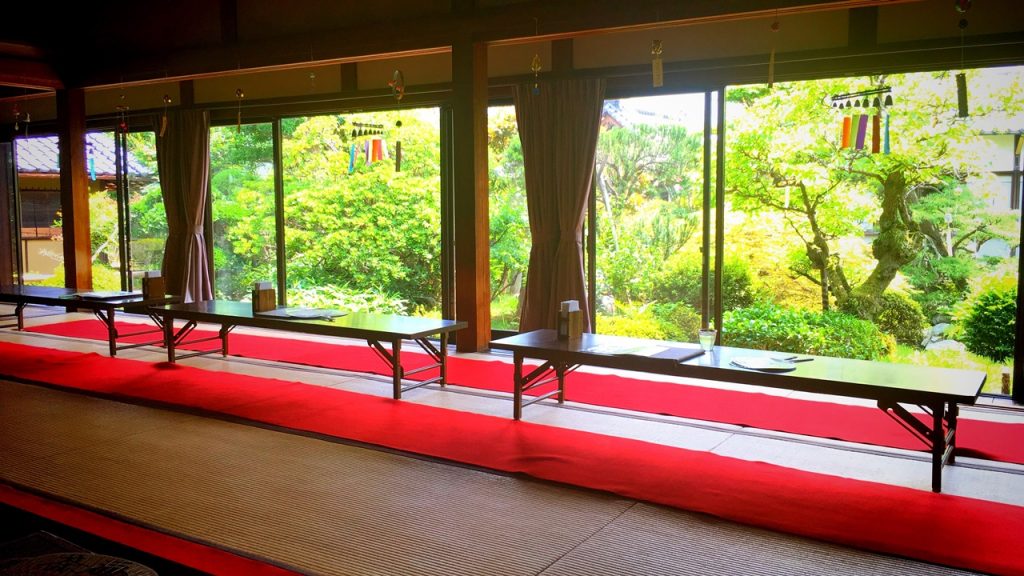 There is the souvenir shop, too. 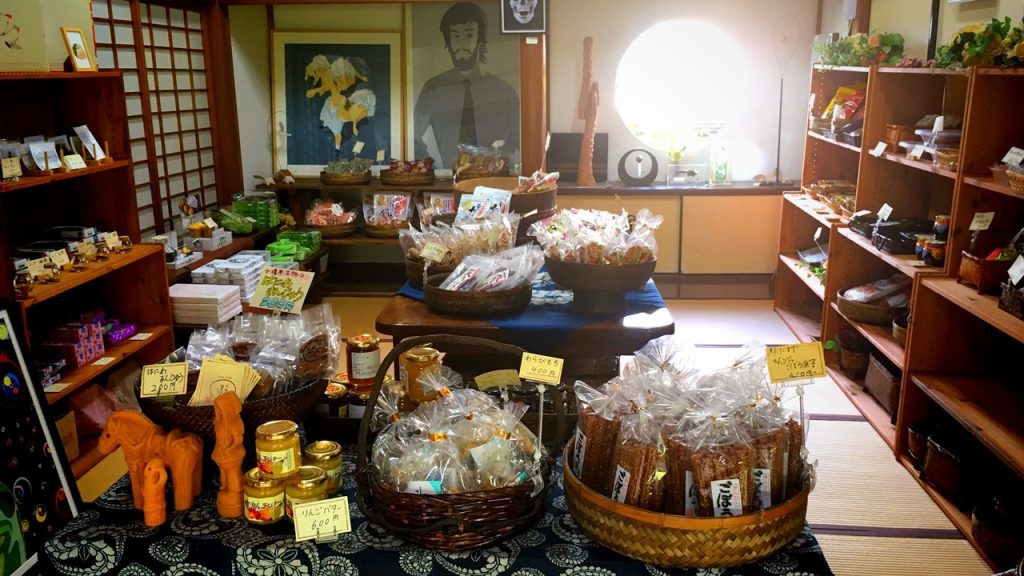 
More than 2500 wind chimes are displayed in the precincts during the period of the festival. (○´艸｀) 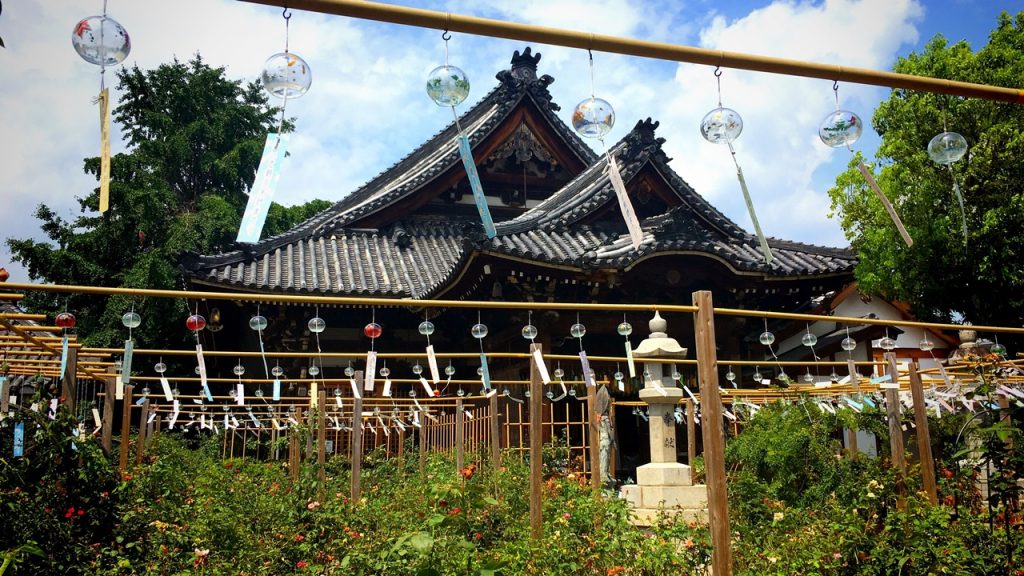 A strip of paper which a wish was written is hung to a wind chime. (○´艸｀) 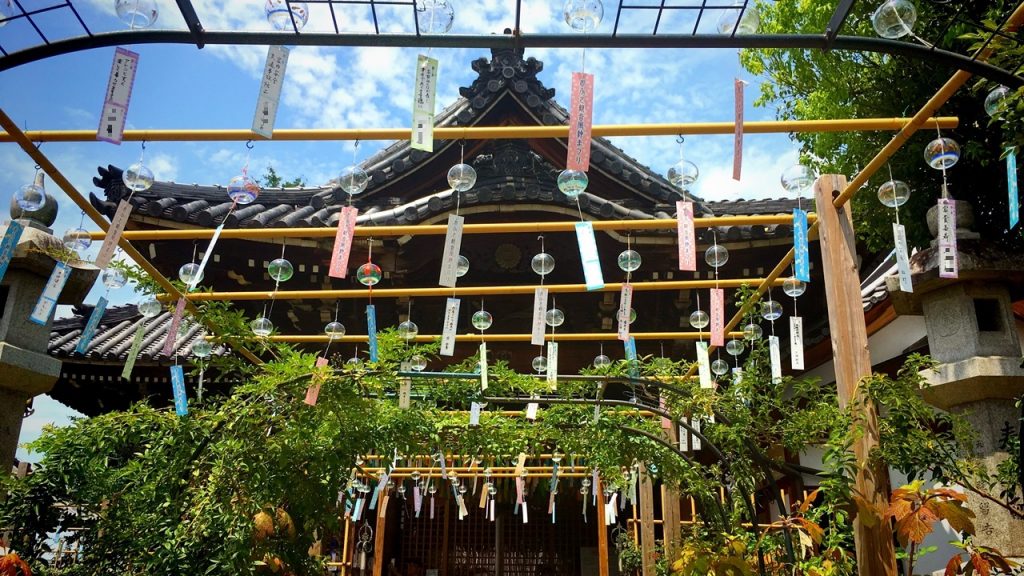 The wind chimes which was made with glass. 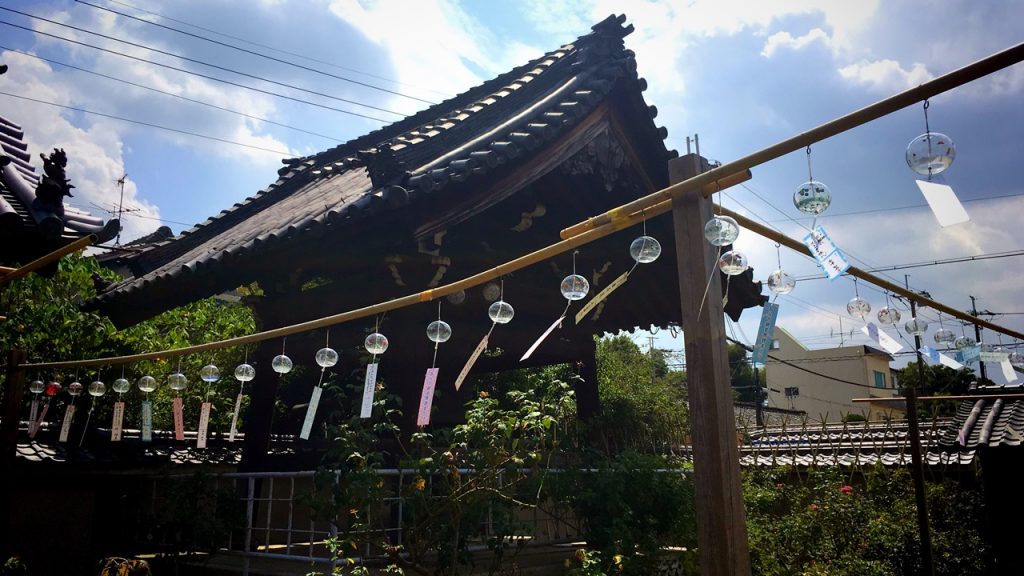 The wind-bell which was made with metal. It can enjoy a different tone by materials. d(*ﾟーﾟ*) 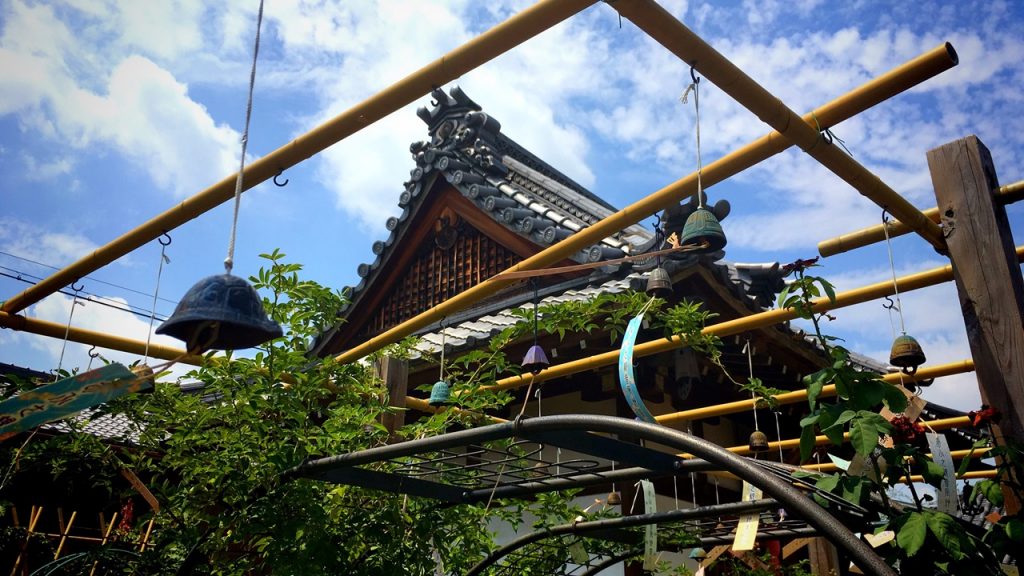 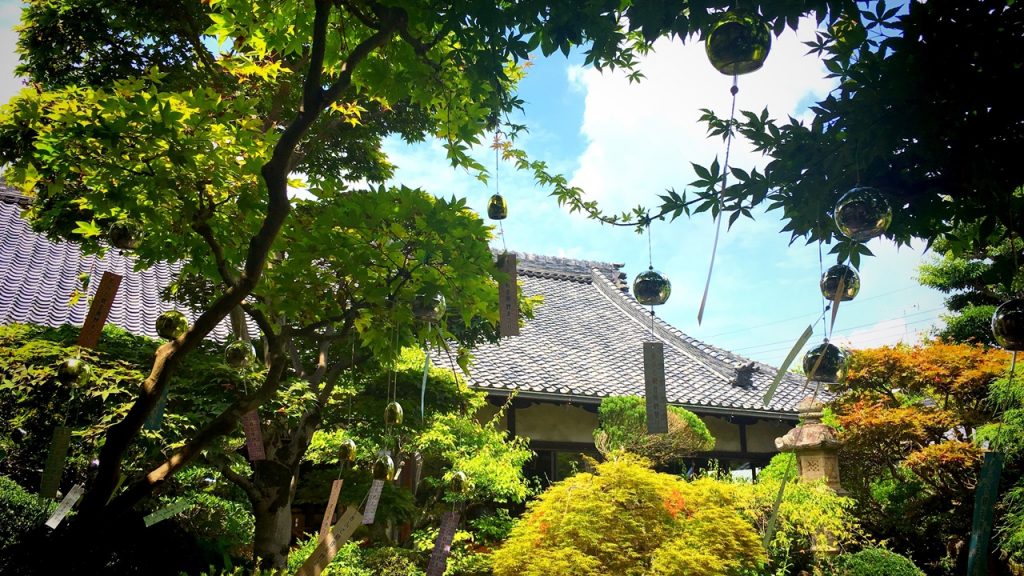 A lot of wind chimes are displayed in the under the eaves of the main hall. 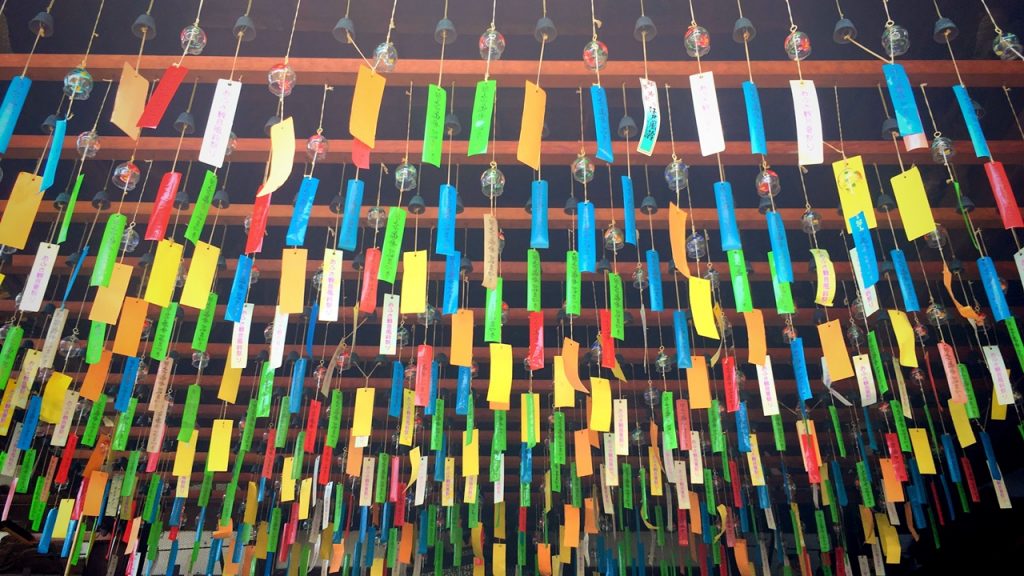 I can feel really cool when I hear the tone of the wind chime. (○´艸｀)

It is a very powerful letter. 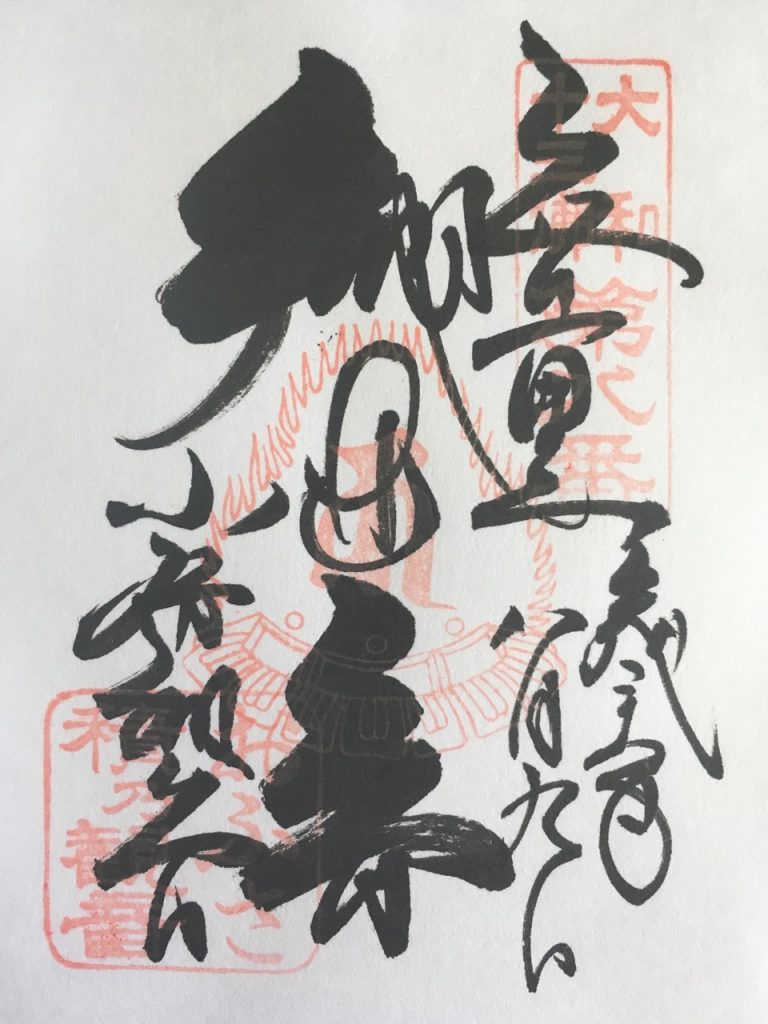 4.How to get to Ofusa Kannon 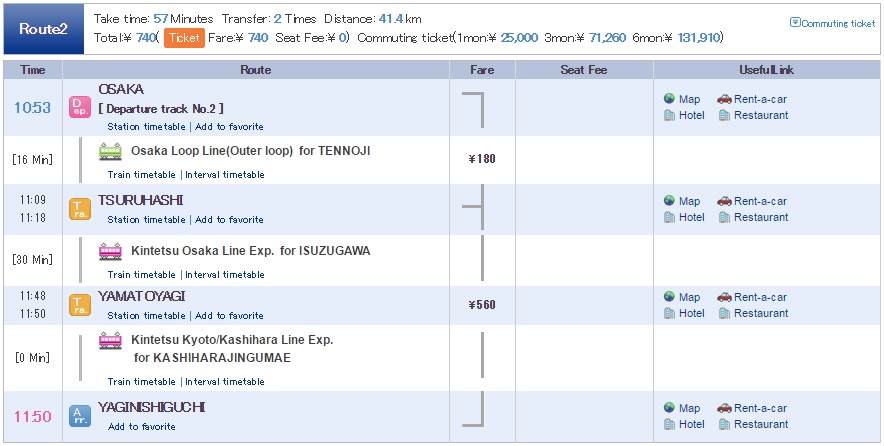 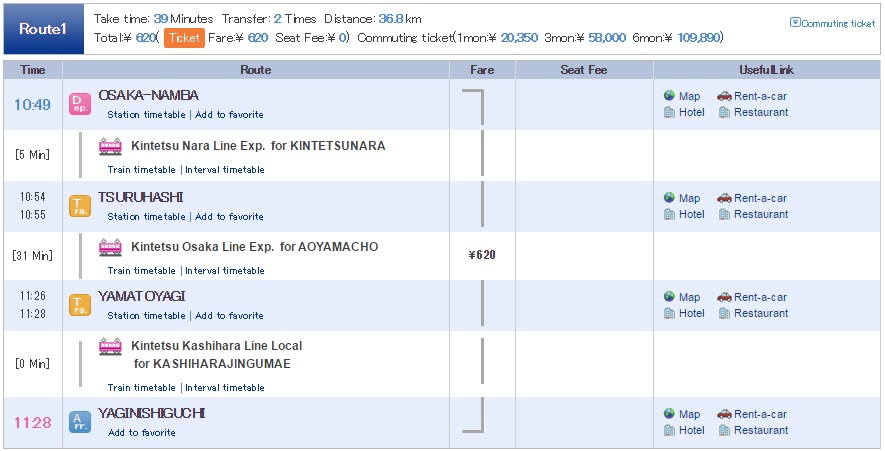 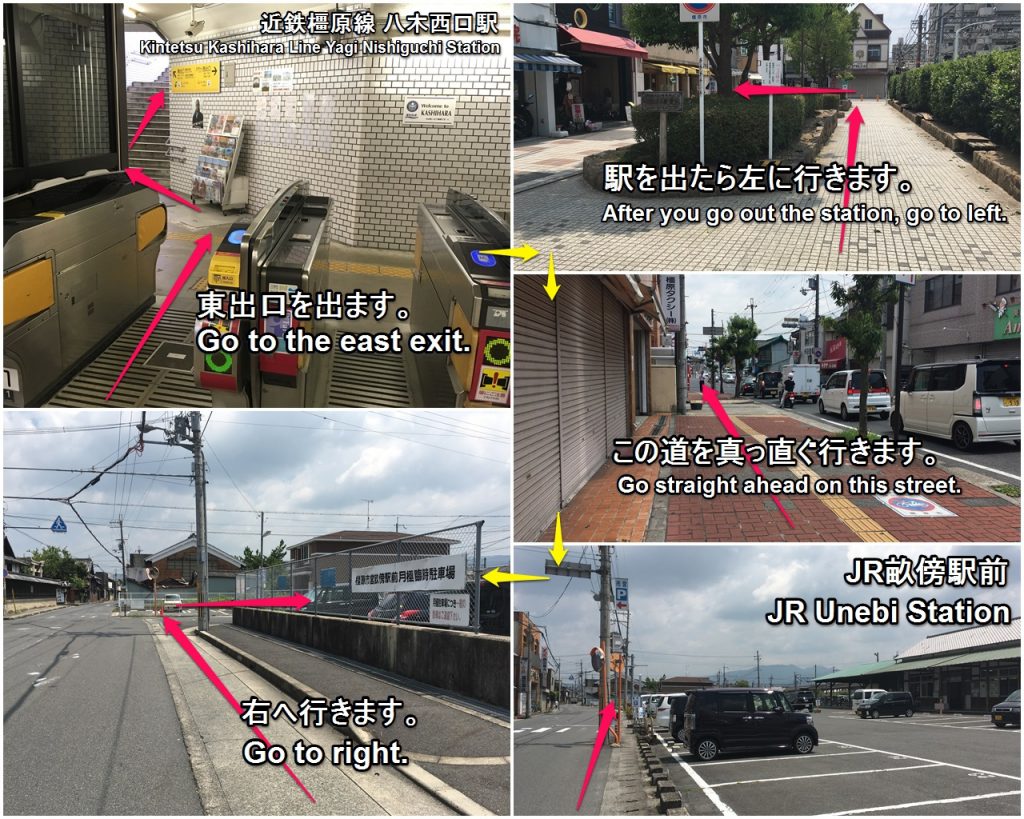 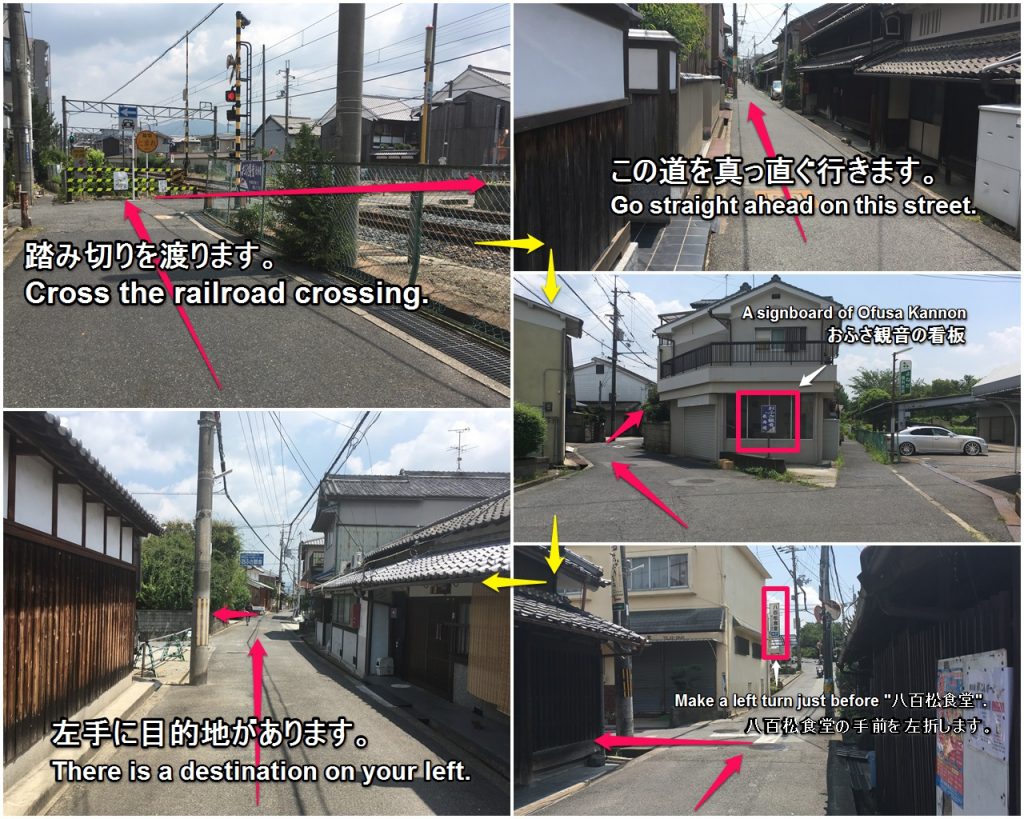