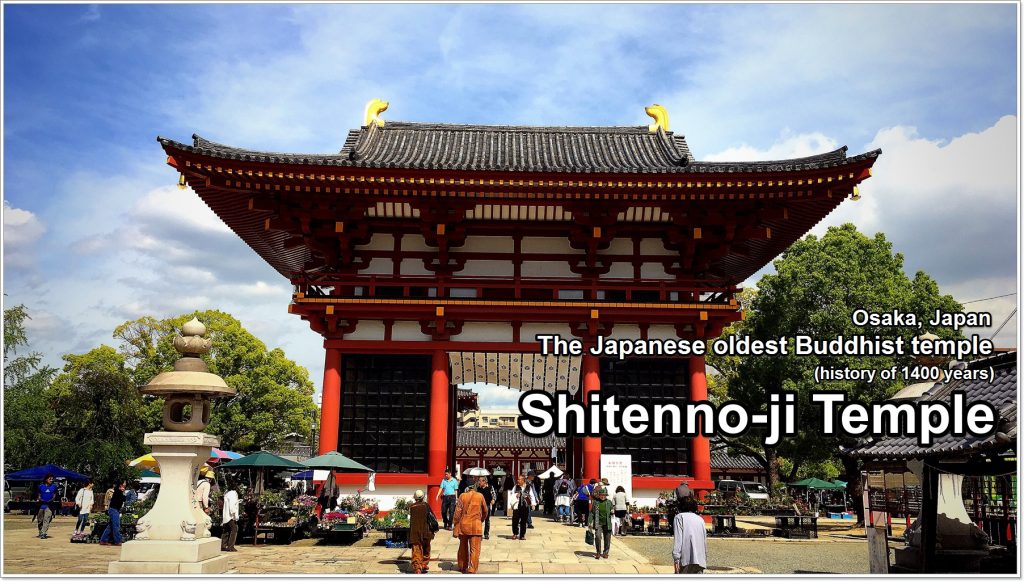 Do you know where the Japanese oldest Buddhist temple is? There is it in the center of Osaka. (It’s not in Kyoto.)
Shitenno-ji Temple in Tennoji-ku of Osaka is the Japanese oldest Buddhist templea along with Asuka temple of Nara. And this temple is one of the temples which Prince Shotoku built.
Because this temple is broken several times, the main temple and the center cathedral was rebuilt.

There are many denominations in Buddhism, but Shitenno-ji Temple is a temple of the situations that is not particular about the denomination.

Center cathedral is opened free for these two days. (Admission fee is 300 yen on a general day.)

The building of Shitenno-ji Temple is dyed with cinnabar red. It’s so beautiful and is luxurious.d(*ﾟーﾟ*) 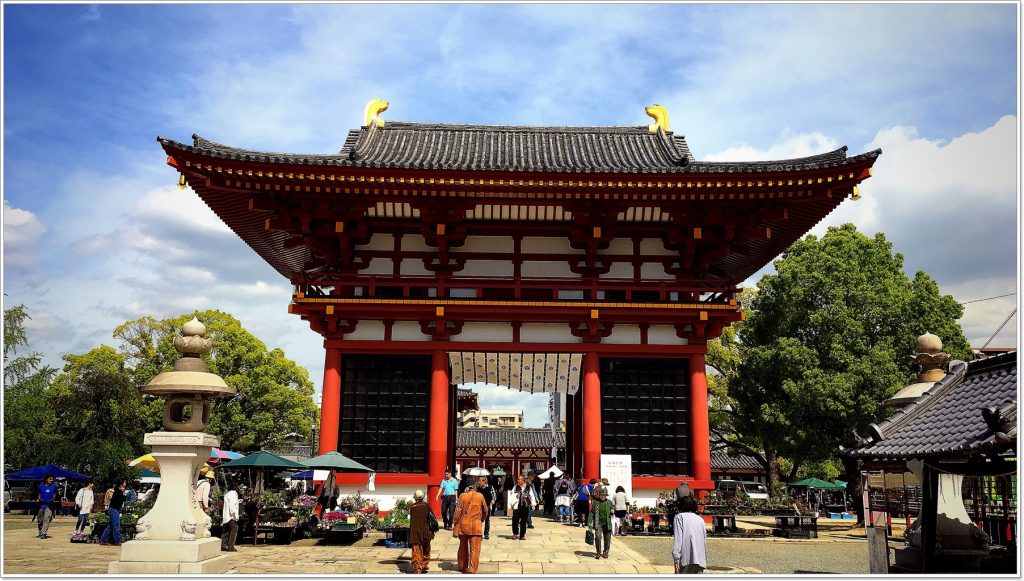 Five-Storeyed Pagoda which is the symbol of this temple. 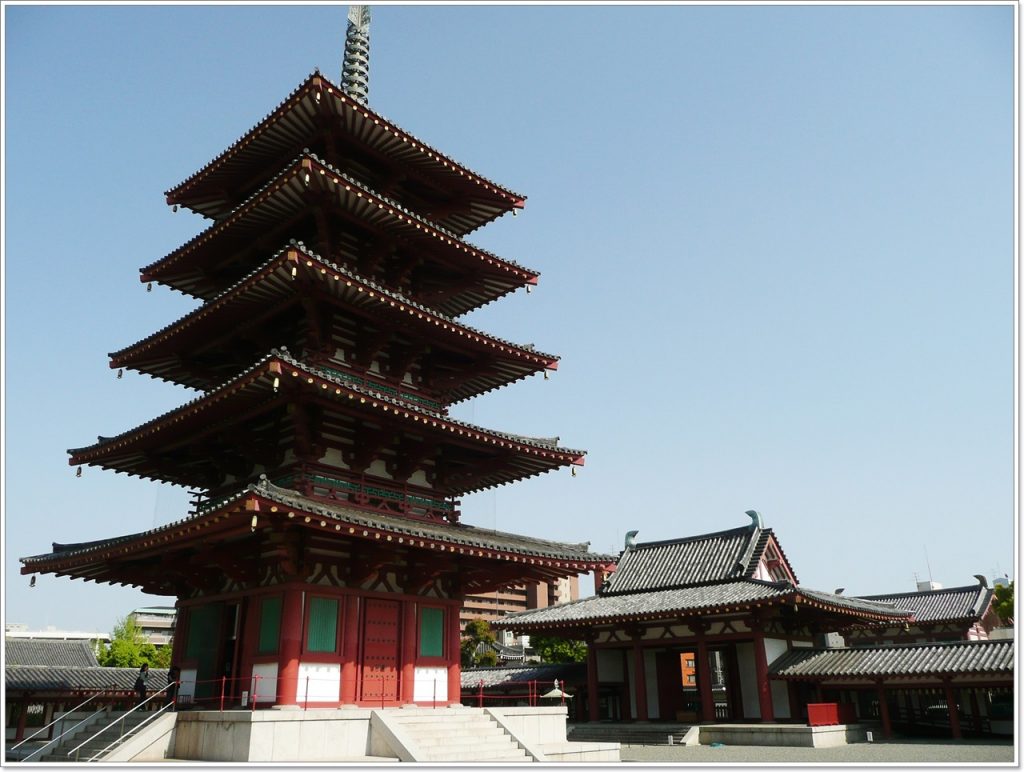 Middle gate (Gate of Deva). The Deva King who is the guardian deity of the center cathedral is worshiped. 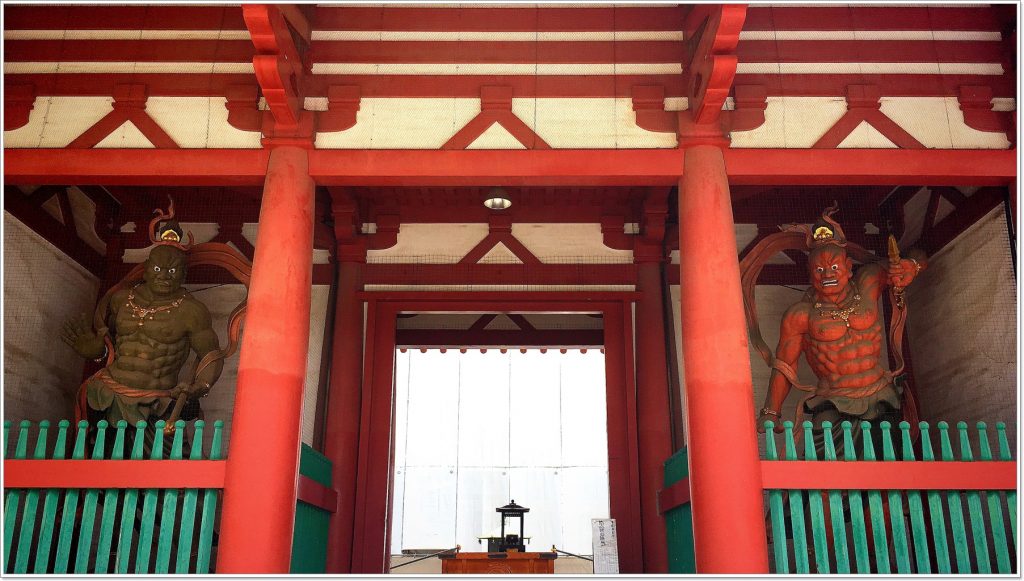 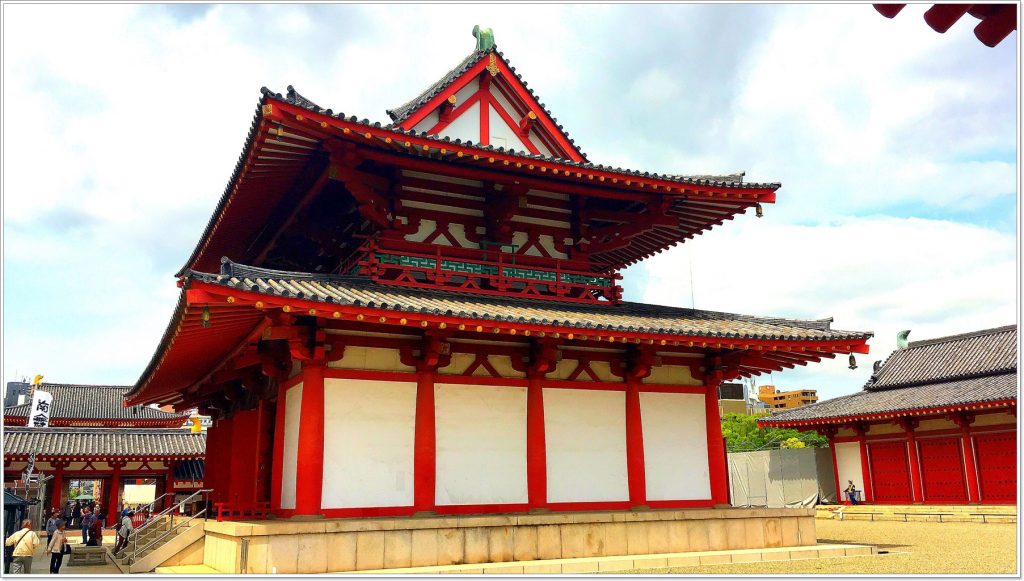 Auditorium. It is the place of taking the sacred book. 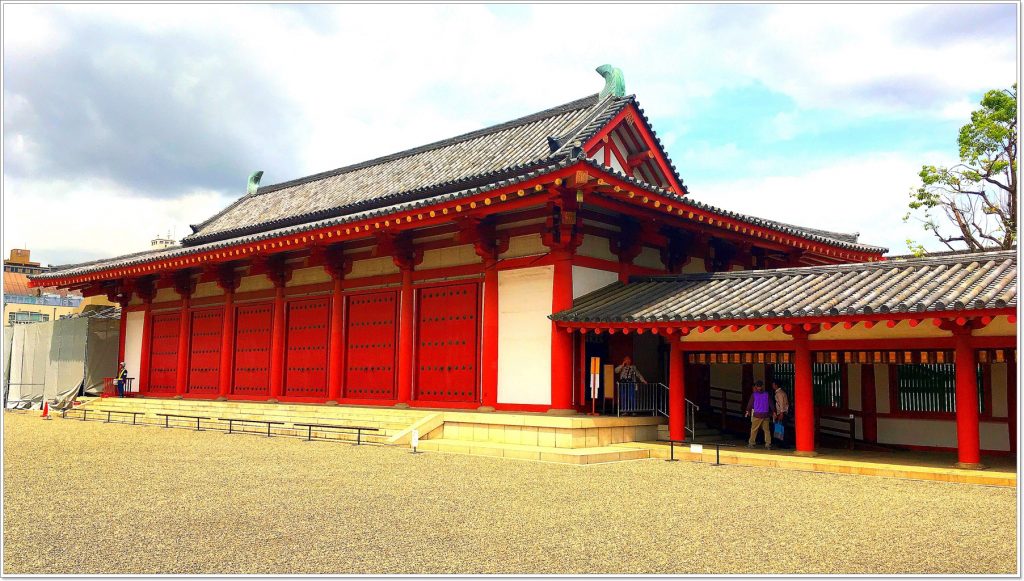 Corridor of the central cathedral. The garden lantern of the memorial service for the family dead permanently held by a temple is hanging. 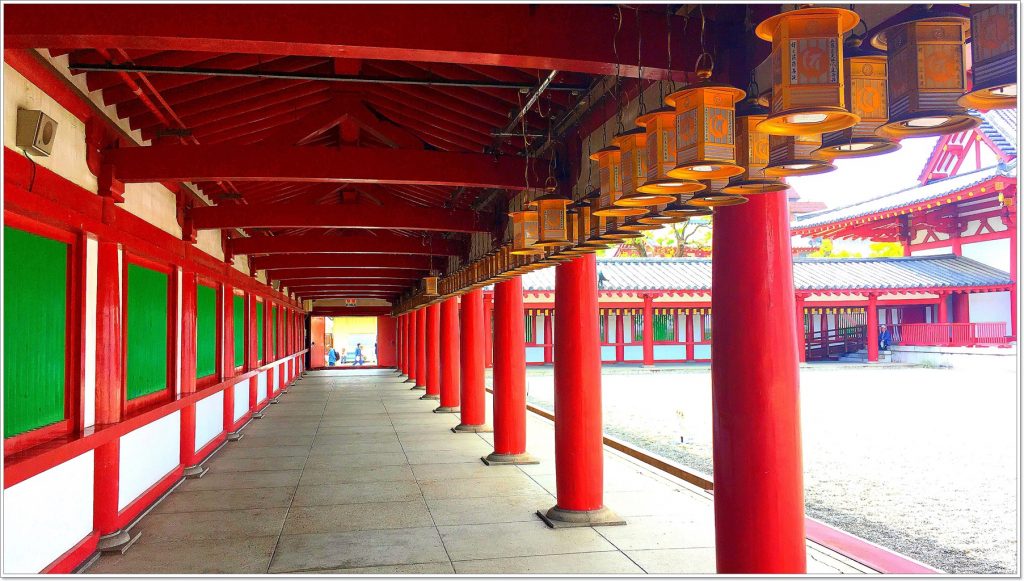 Rokuji-Raisan hall. Because it was the day of “Shoryoe(spirits’ festival)”, the decoration is considered to be it. 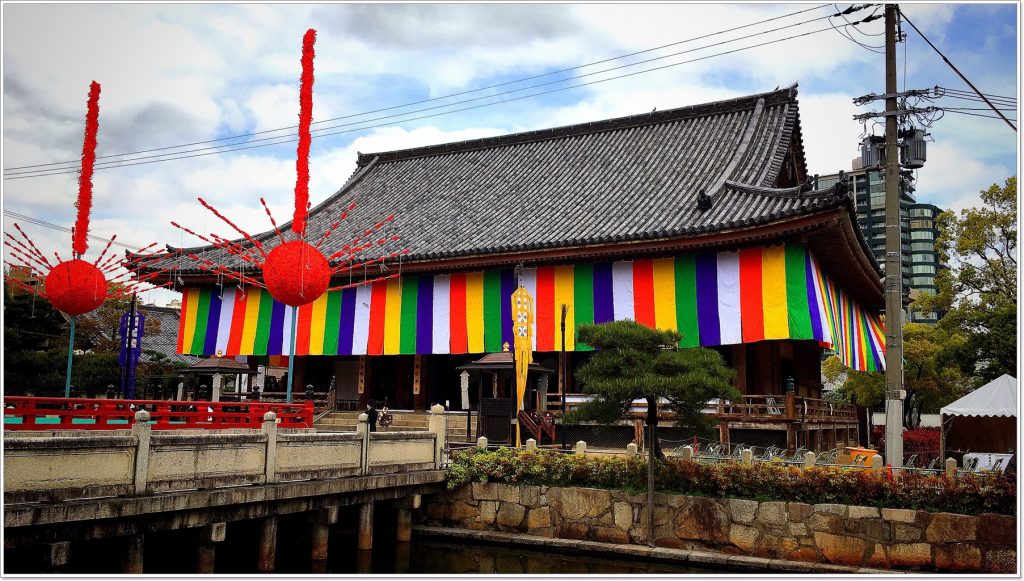 Shoryoden. It is the Building to worship the Prince Shotoku. 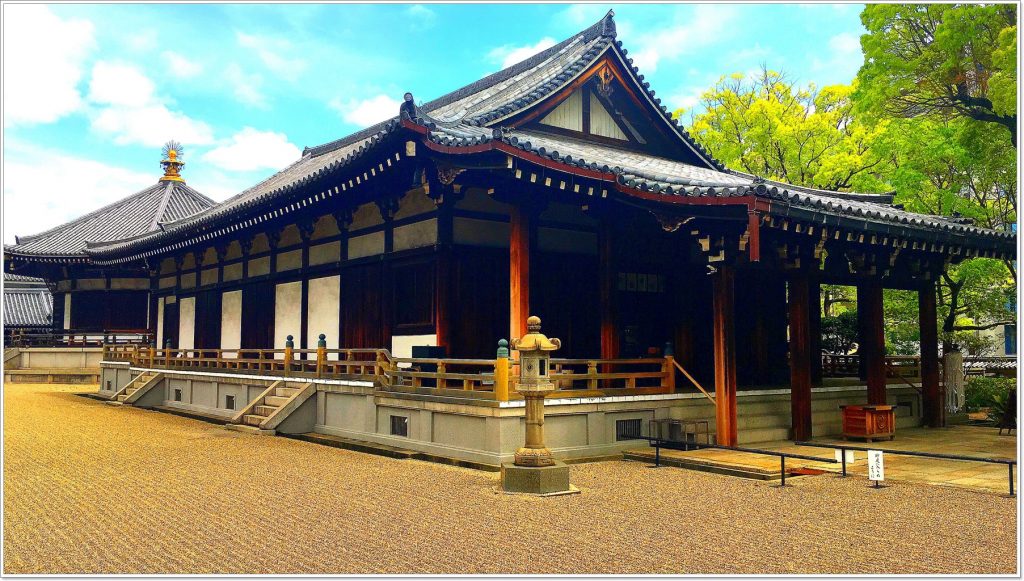 It is the very beautiful dry landscape Japanese garden. 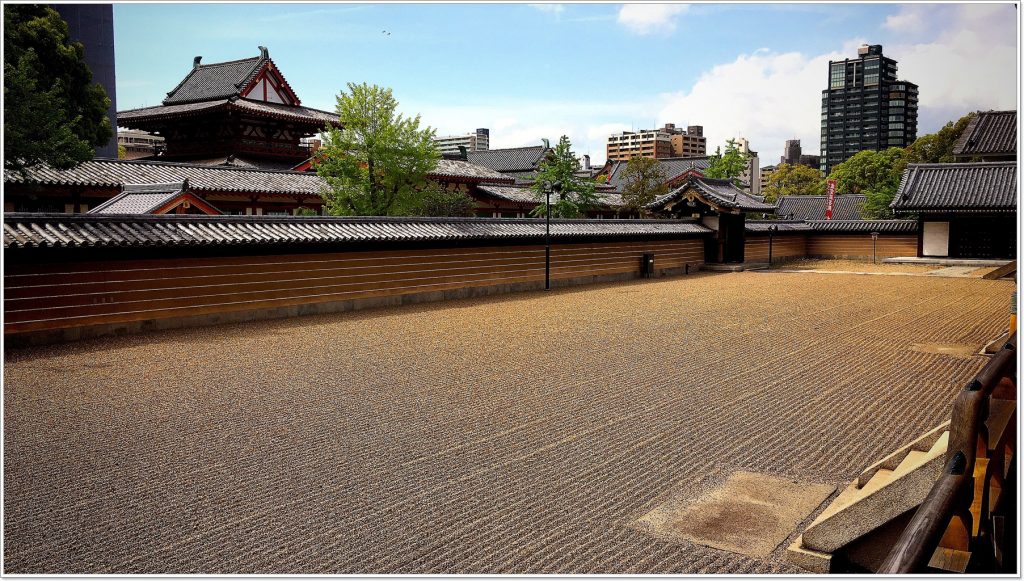 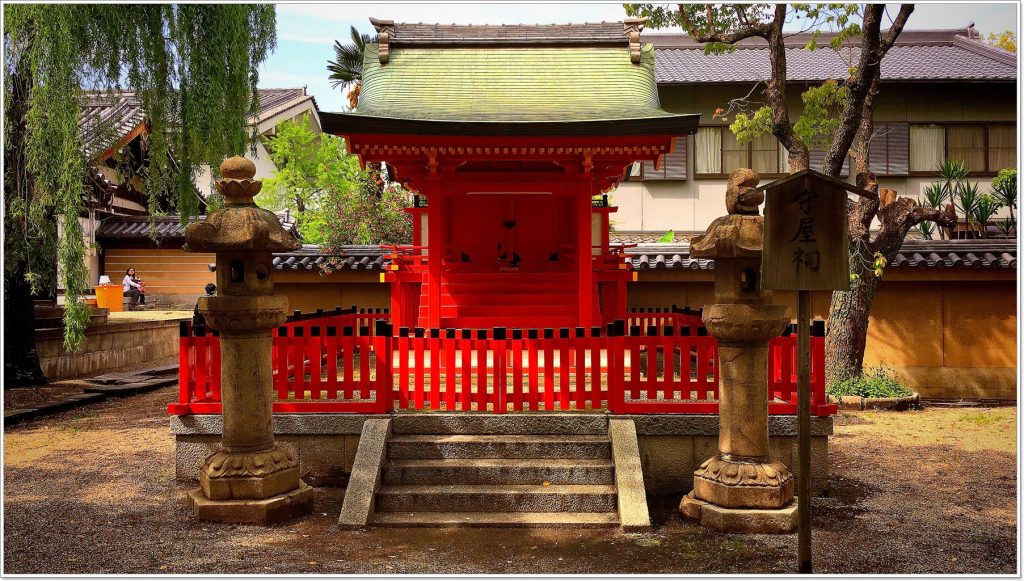 The dance is carried out on the stone stage in front of Rokuji-Raisan hall.

The large drum used in a program is biggest in Japan grade.(○´艸｀) 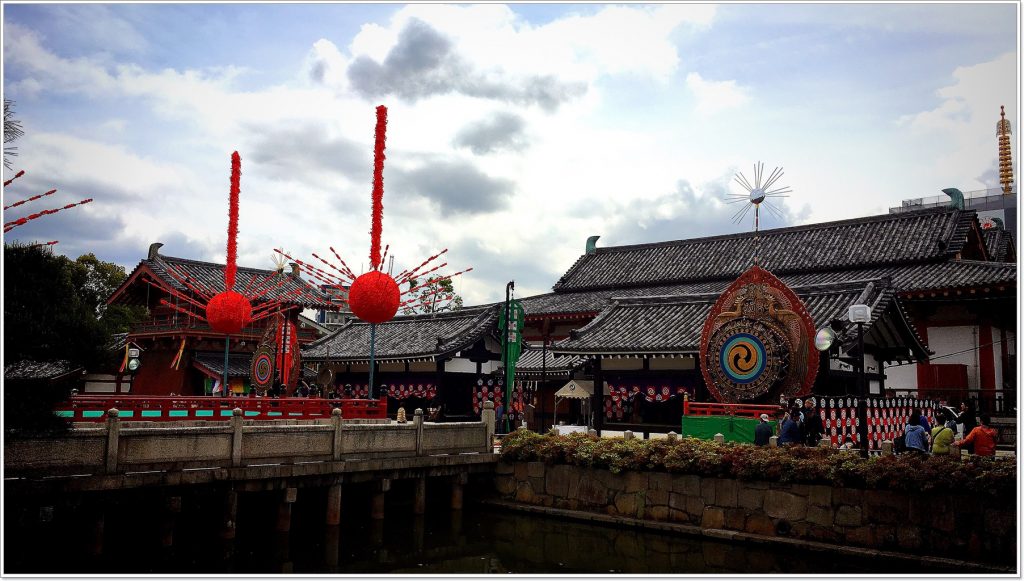 The market is held every month on 21st and 22nd. A lot of food stalls do business on that day. 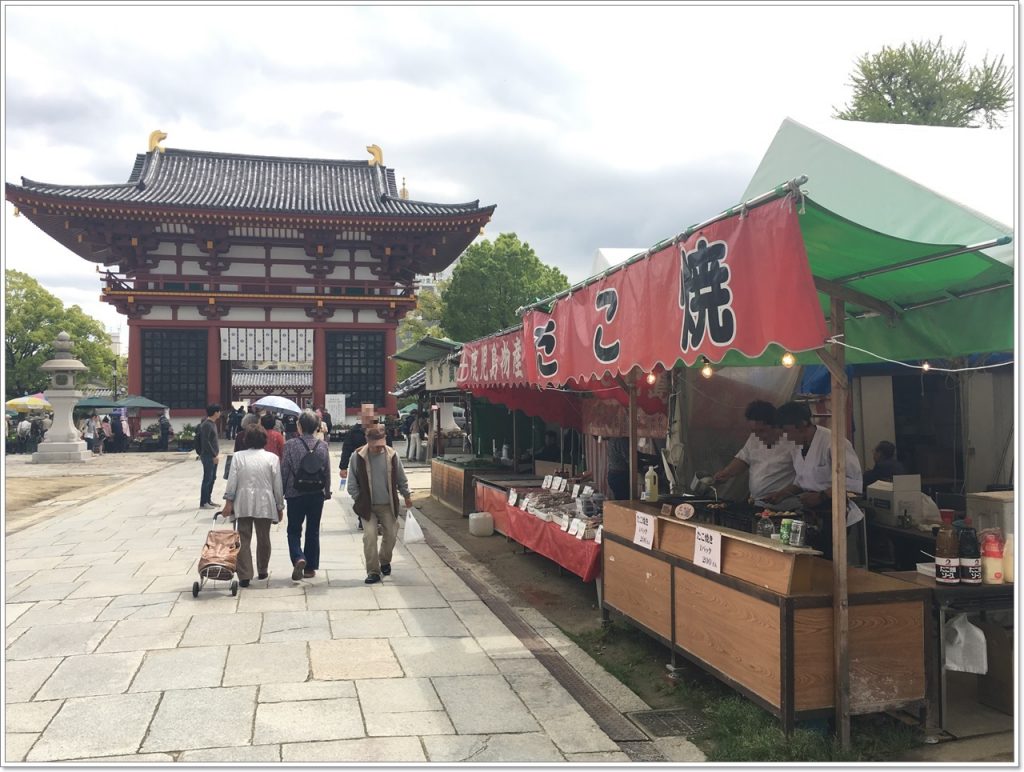 The antique market are held, too. 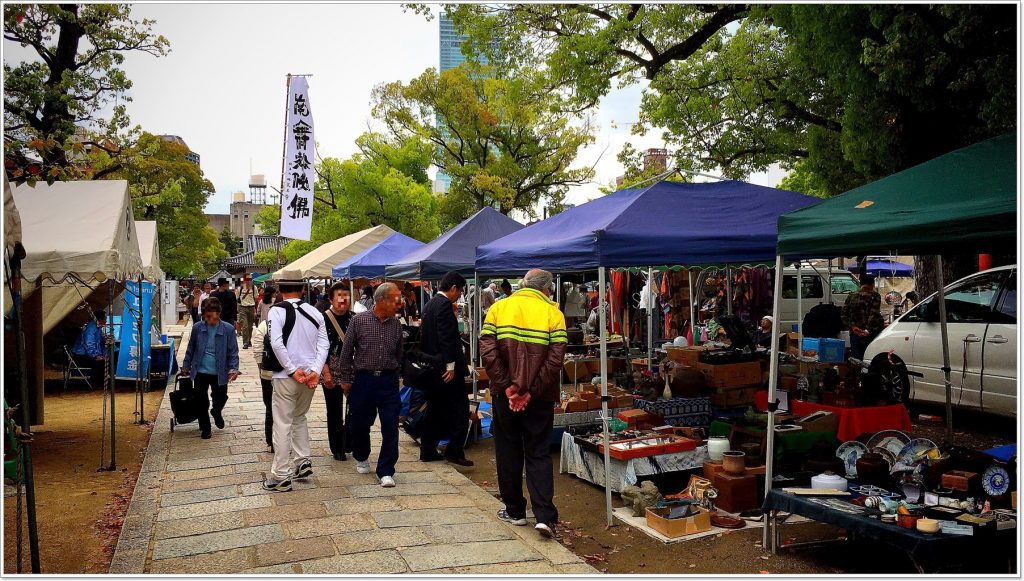 The rare thing is sold… 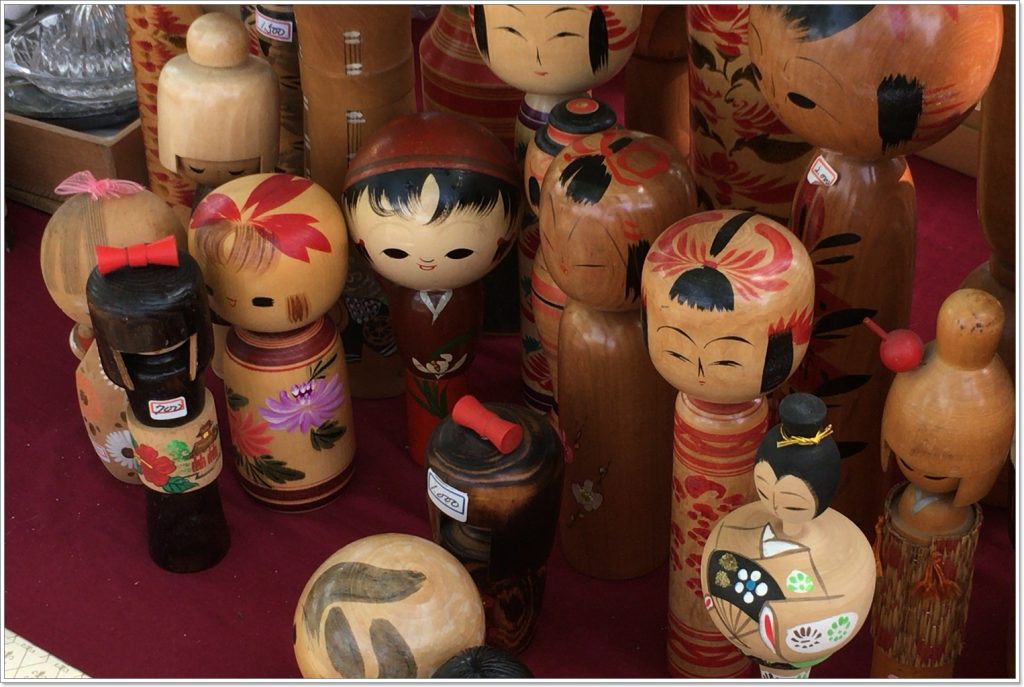 There are many shops of old clothes and the bonsai. 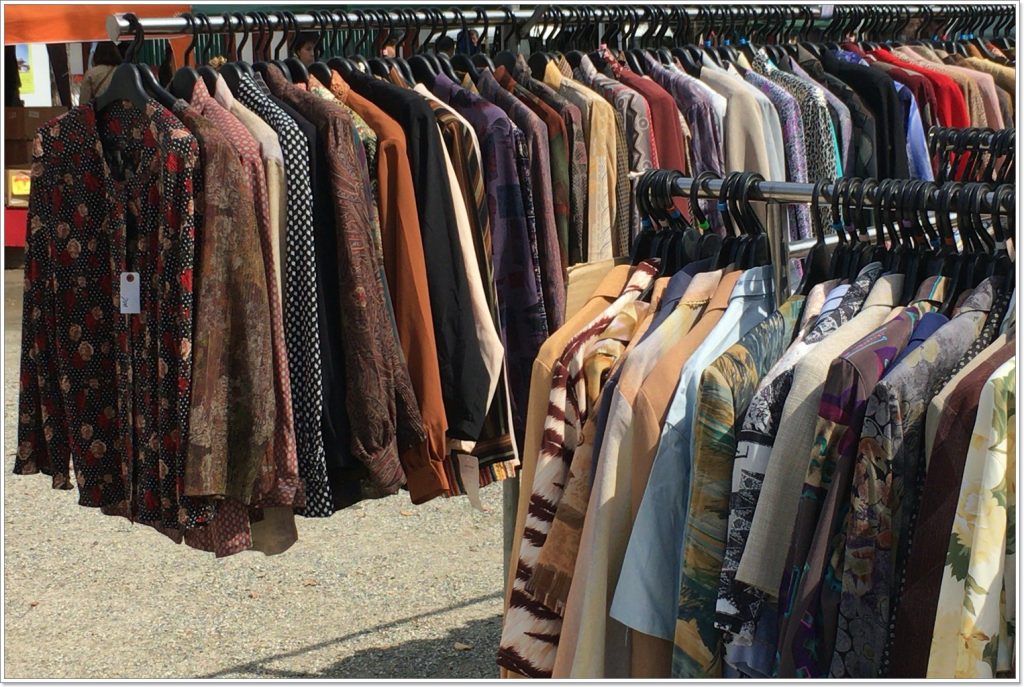 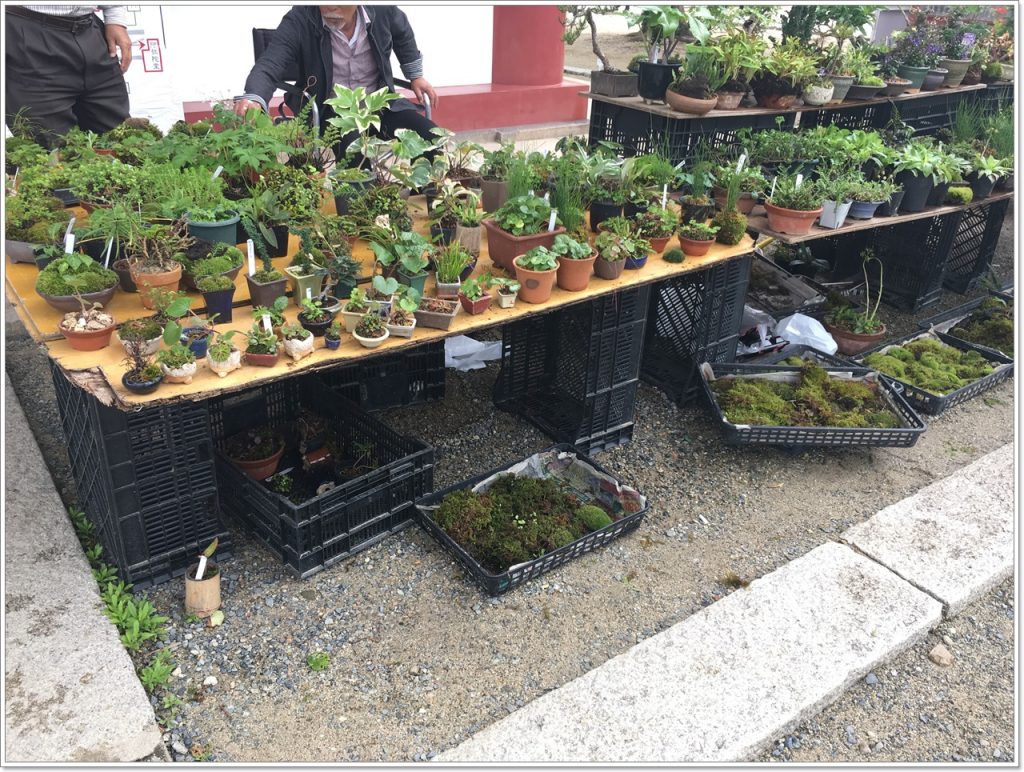 5.How to get to Shitenno-ji Temple.

・When you go from JR Tennoji Station 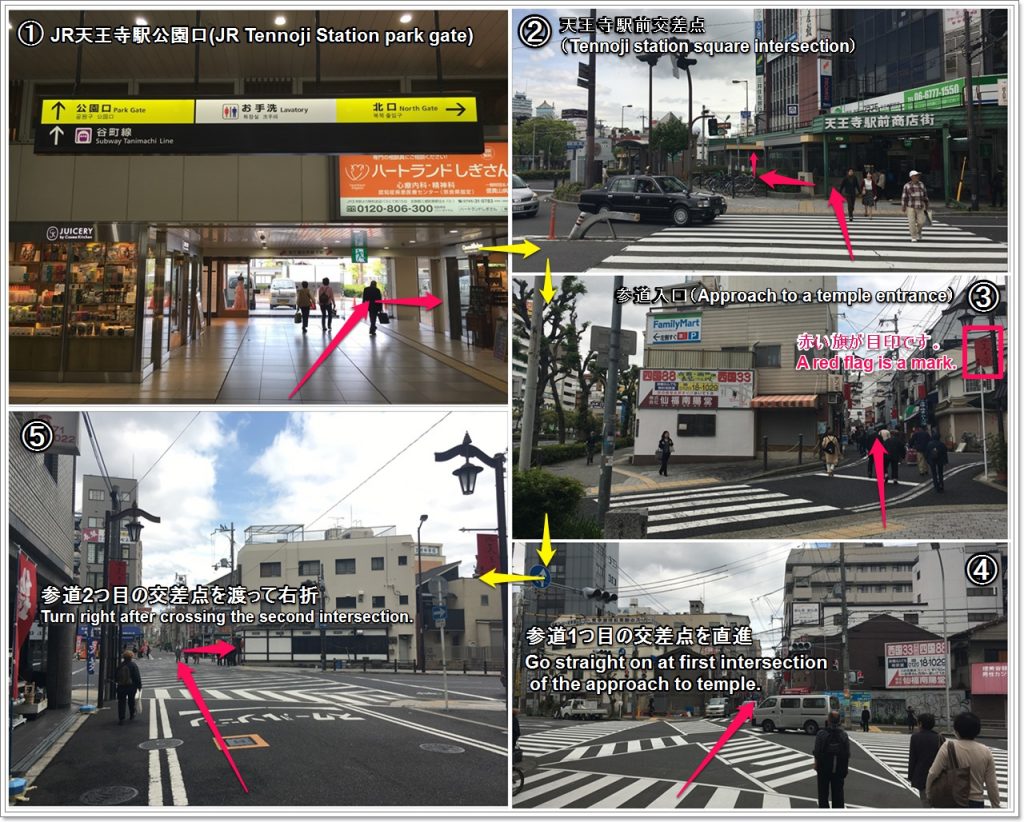