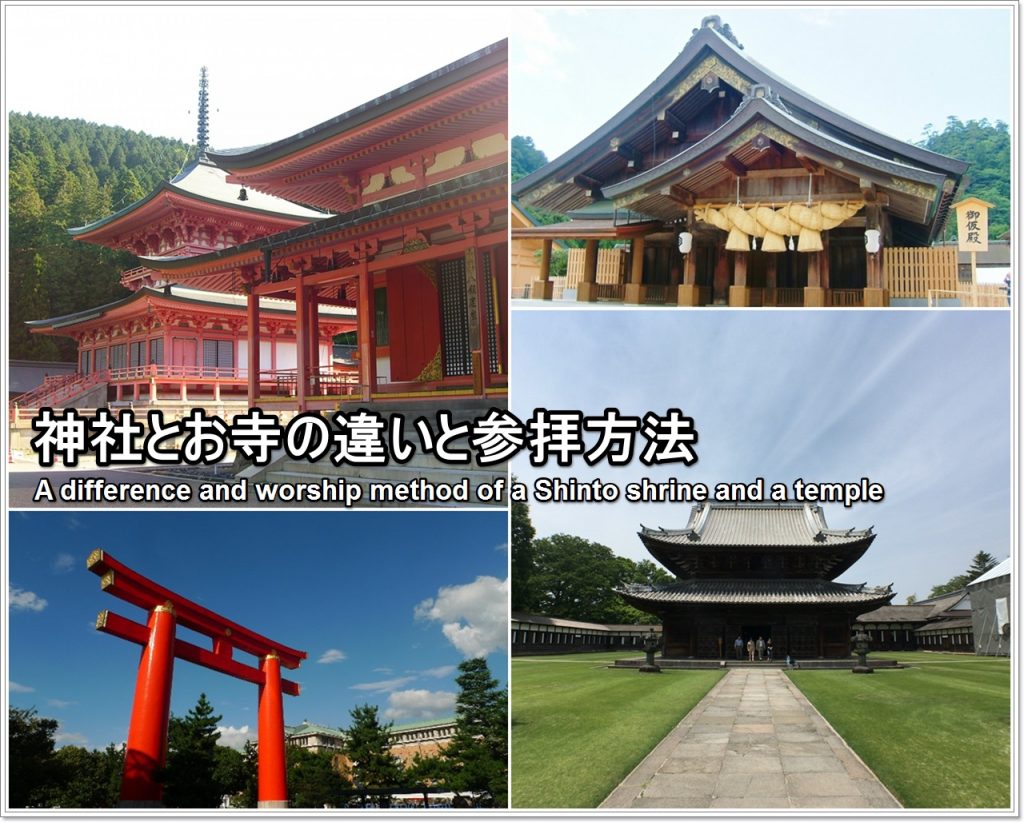 Do you know a difference and the worship method of a Shinto shrine and a temple?

Therefore I checked a worship method with the difference between “Shinto shrine” and “temple” at this opportunity! (○´艸｀)

1.Difference between Shinto shrine and temple

Briefly, it is as follows. 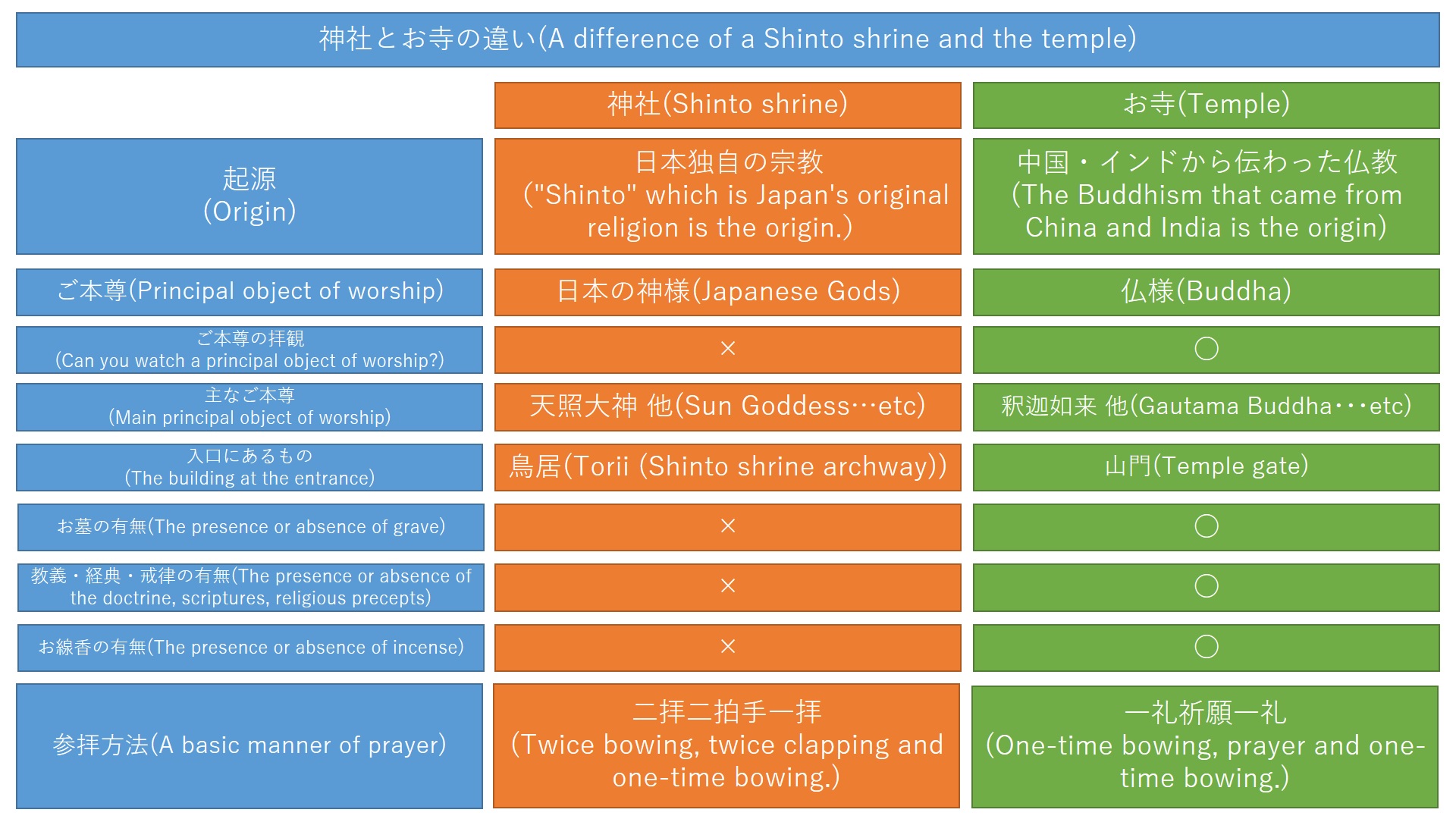 The Shinto shrine is based on Japan’s original religion and is a place worshiping Japanese God.

The temple is based on Buddhism transmitted from China and India and is a place admiring Buddha. 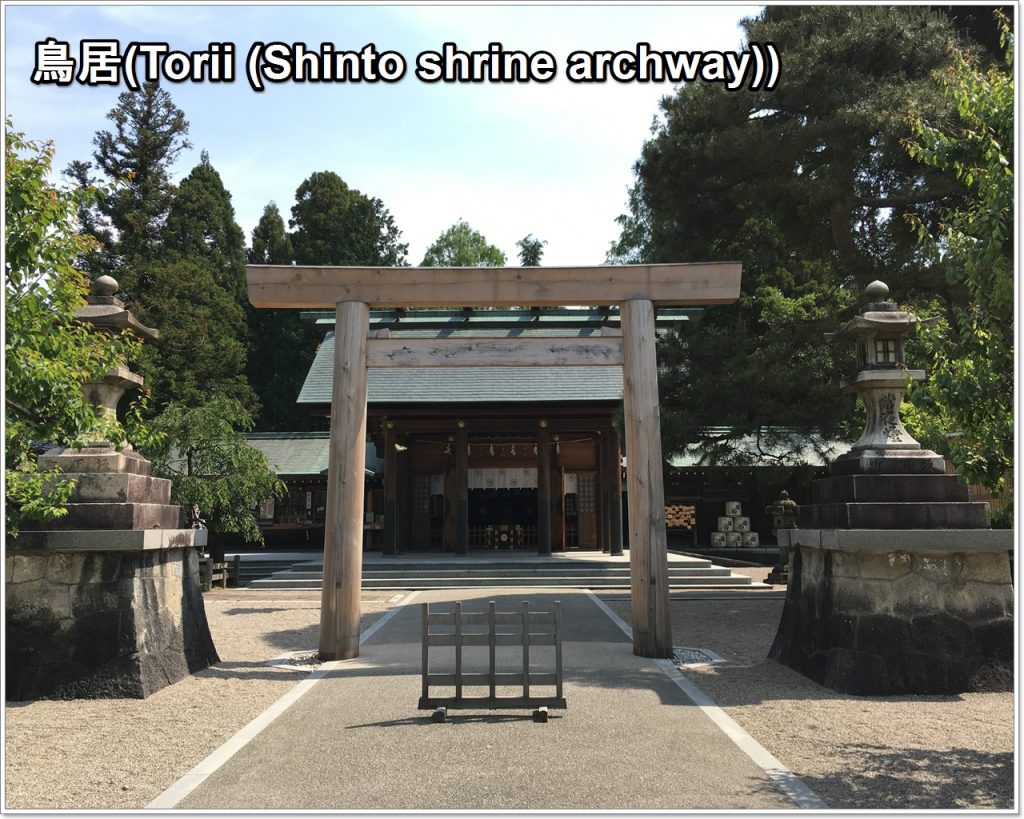 There is a Temple gate at the entrance of the temple. 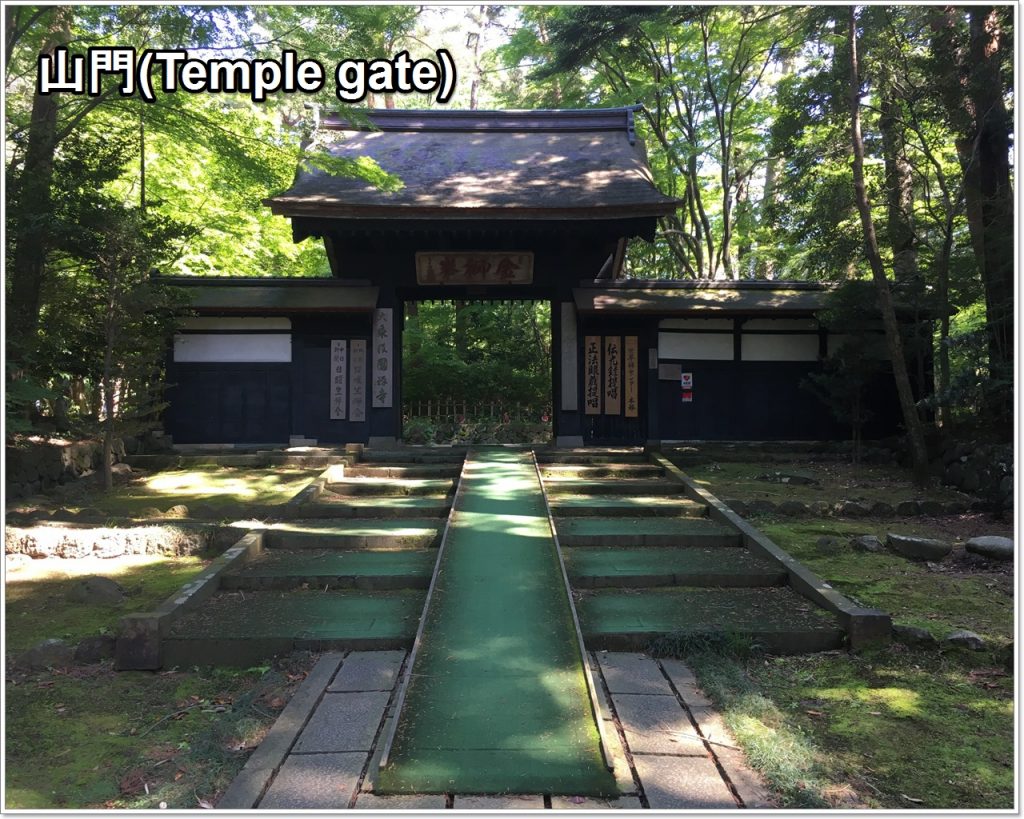 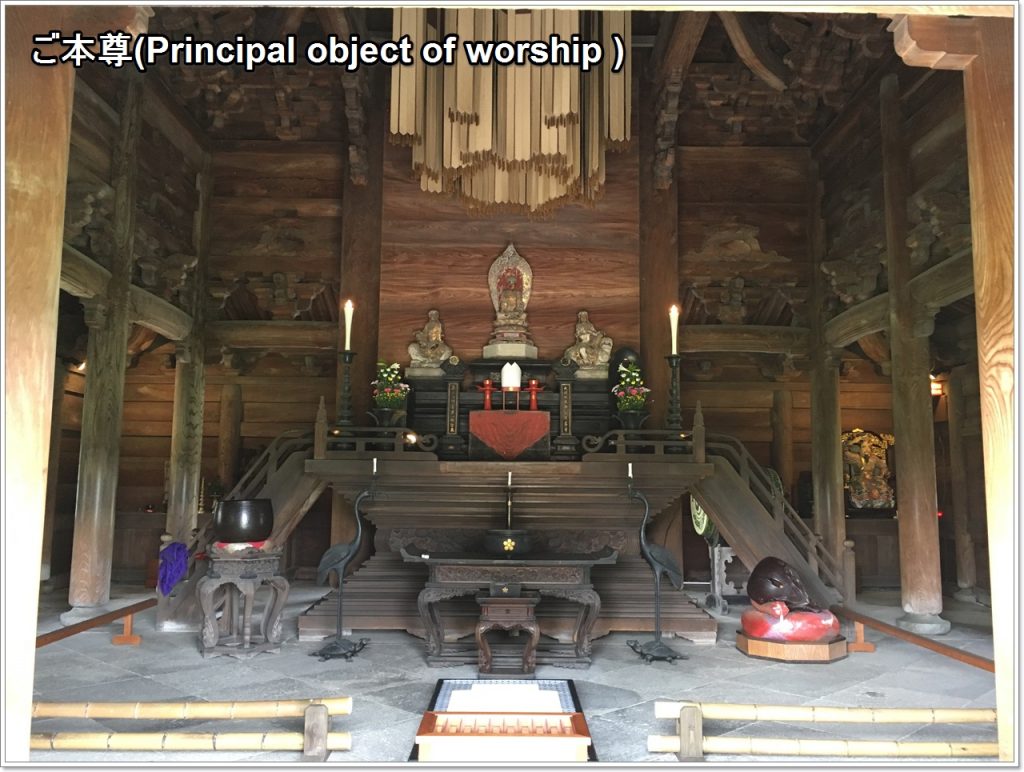 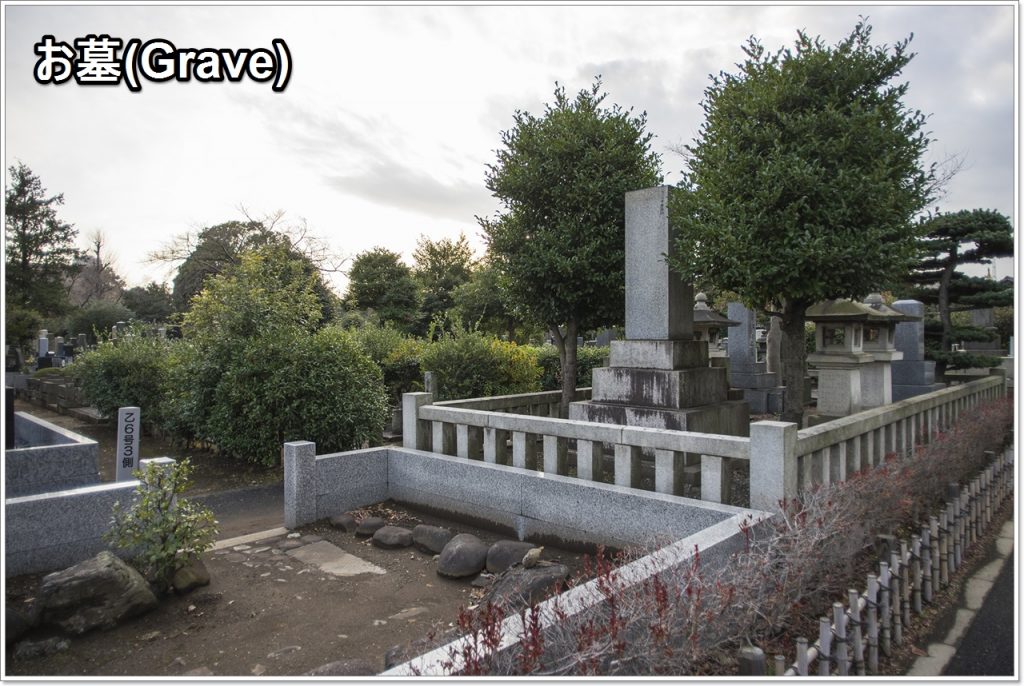 A Shinto shrine and a temple are very different things in this way. d(*ﾟーﾟ*)

2.Why will Shinto shrine and temple be in Japan?

Originally there was a doctrine called the Shinto in Japan and admired Japanese God. Buddhism was transmitted from China in the about sixth century, and Japan became the country where Buddhism was mixed with Shinto afterwards.

I think that it is impossible that two different religion of the way of thinking is mixed when it is other countries. However, there was much God in Japan from old days, and Buddhism penetrated that Japan did not have any problem at all even if Buddha increased. (That is, ‘Yao yorozu no kami’ (eight million gods.))

In this way, a concept of religion is very suitable in the meaning that is better than other countries in Japan. It is the feeling that is not thought about that war happens in difference in outlook on religion. I’m glad to have been born Japanese!

The worship method of the Shinto shrine includes a manners. 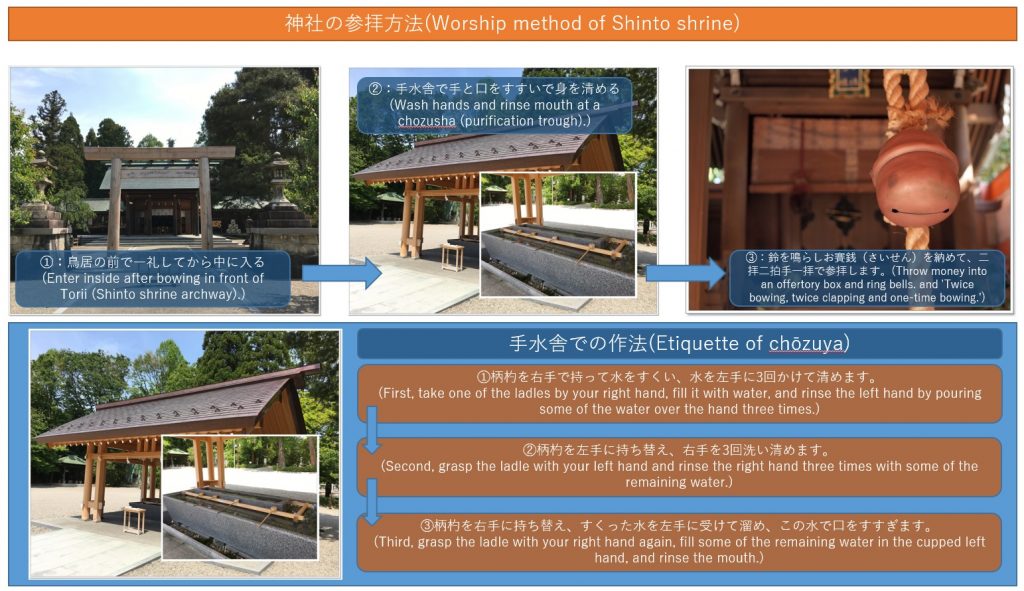 The worship method of the temple includes a manners, too. 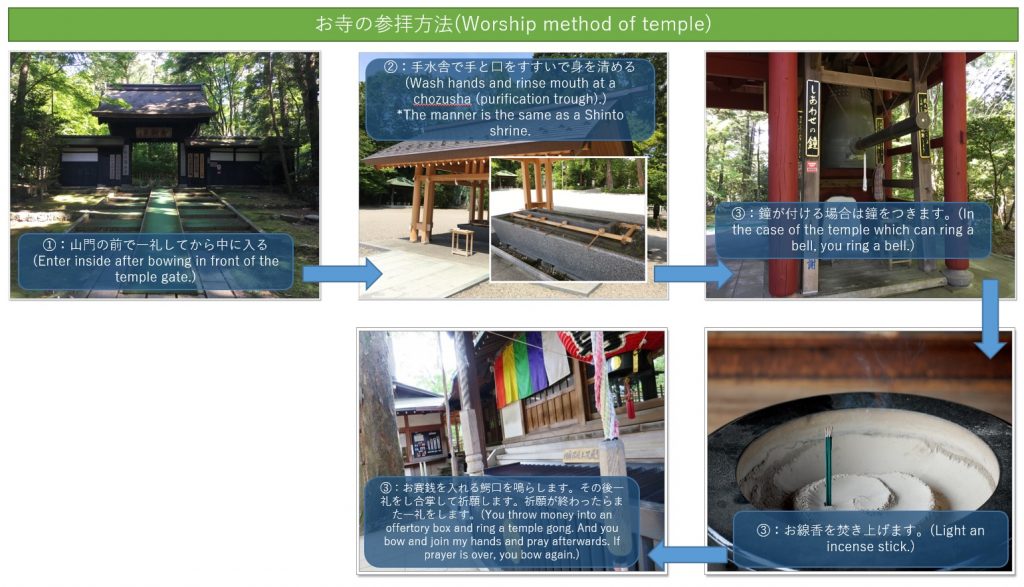 5.The idea that is called “Syncretization of Shinto with Buddhism”

There is the way of thinking called “the mixture of Buddhism and Shintoism” to present both Shinto and Buddhism to Japan.

Briefly, it is the concept that Buddha will treat in the same way as Japanese God because it is one of God. (○´艸｀)

A temple built based on thought of this mixture of Buddhism and Shintoism is called “Jinguji”. Kamigamo shrines at Kyoto and Nikko Toshogu at Tochigi are famous as Jinguji.