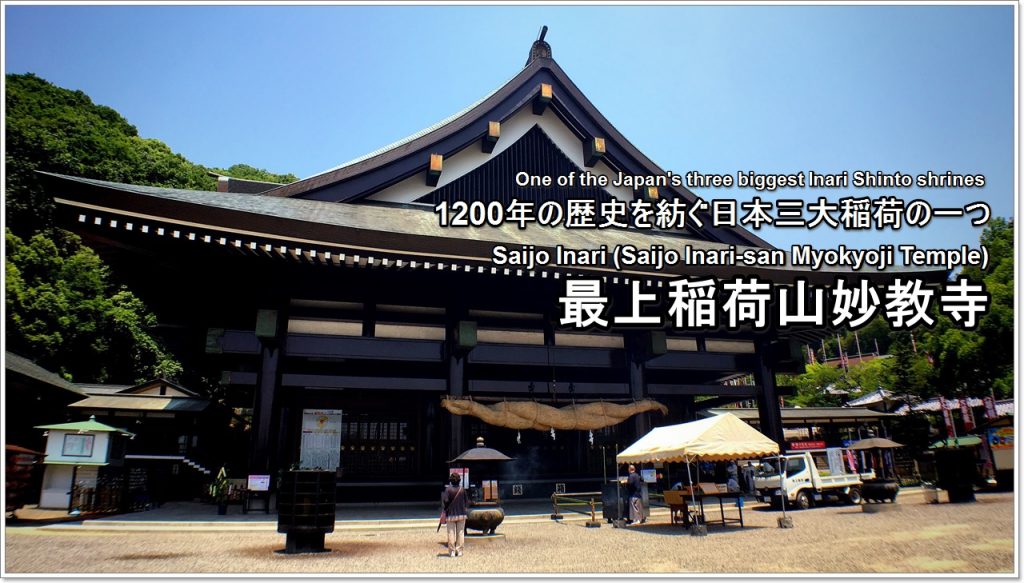 One of a spiritual place representing Okayama is “Saijo Inari”. In addition, Saijo Inari is one of Japan’s three biggest Inari. (Other two are “Fushimi Inari(Kyoto)” and “Toyokawa Inari(Aichi)”.)

Saijo Inari is a noble temple with the history of 1200 from construction.

This temple has two characteristic.

There are many buildings which is very big and luxurious at Saijo Inari. It can see that it is very respected as an object of regional faith.

2.A small shrine group that is worshiping many deities.

There are many small shrines in Saijo Inari. Each small shrine has specialized divine favor.

1.Saijo Inari is syncretism of Shinto and Buddhism

Therefore A is a temple, but has the function of the Shinto shrine.

“Reiko-den” which is the main hall is a building of the major shrine formality. It is a relatively new building built in 1979. 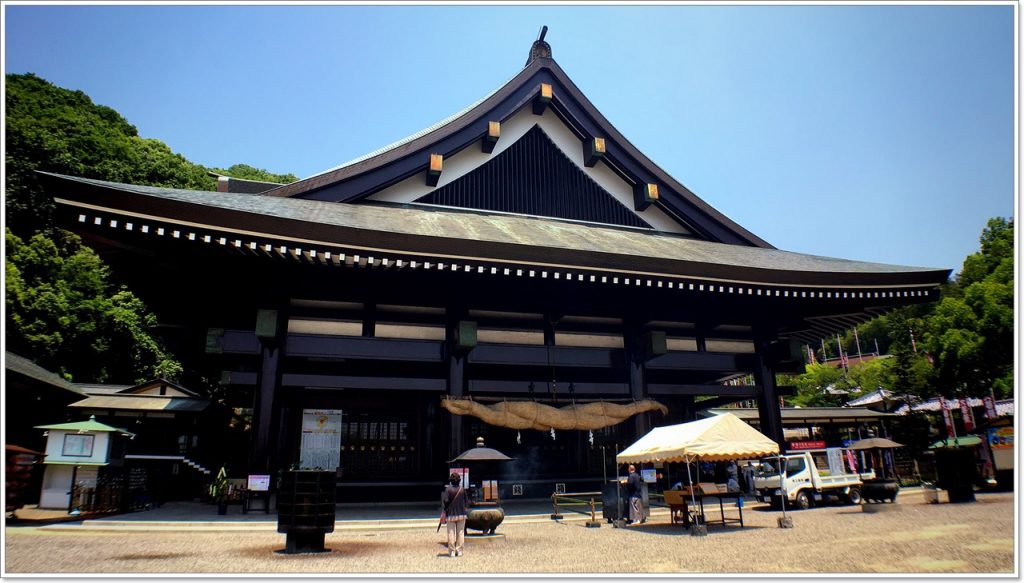 There is “Reio-den” which is an old main hall in the back of the main hall. This building was rebuilt in 1741. There is the history more than 250 years. 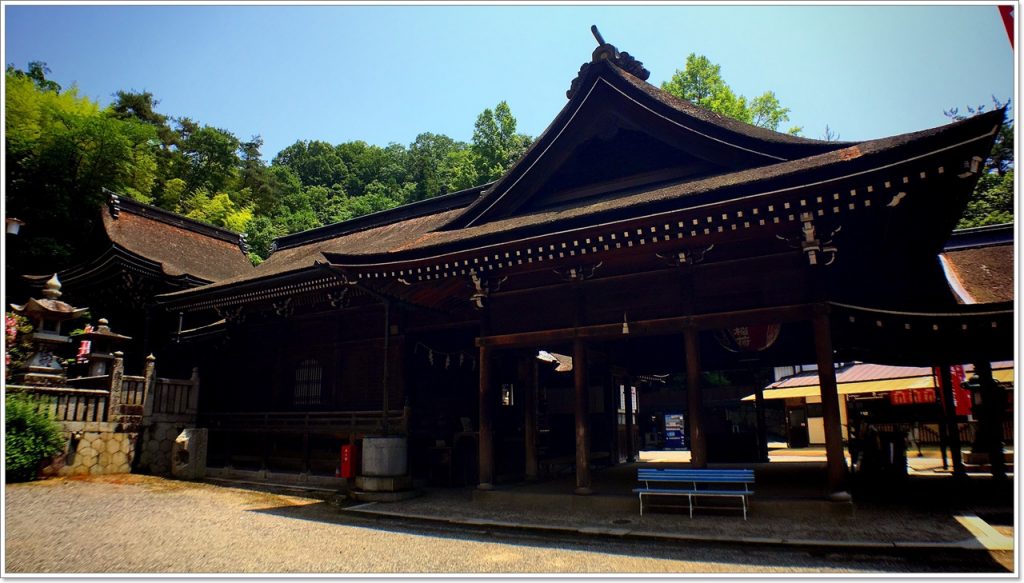 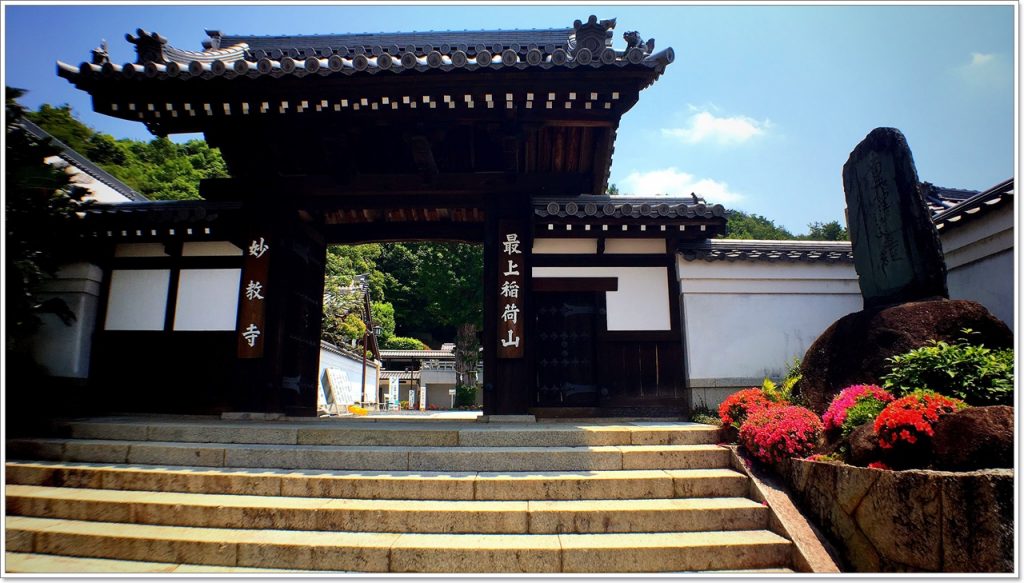 Saijo Inari is a temple, but there is a torii. 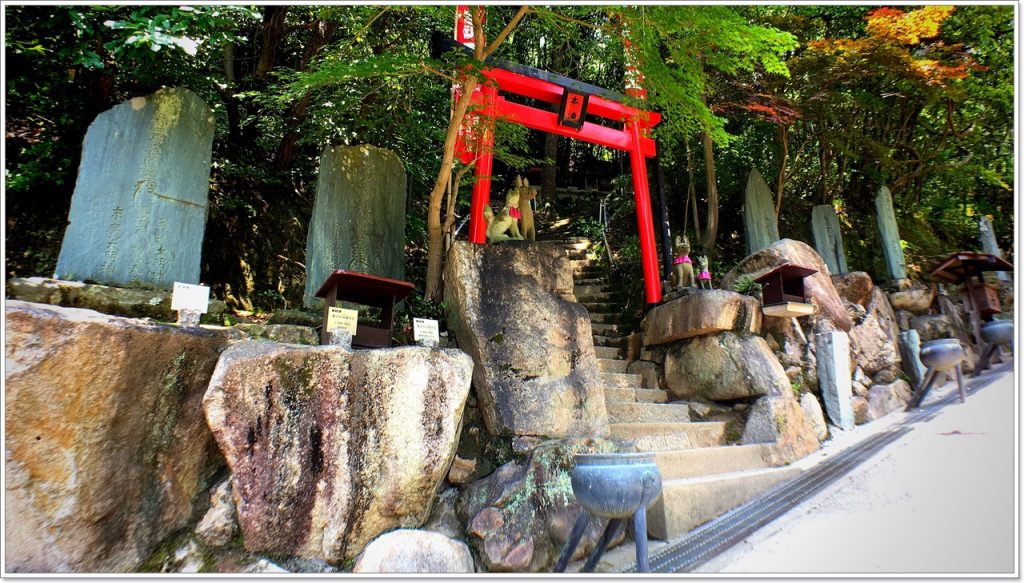 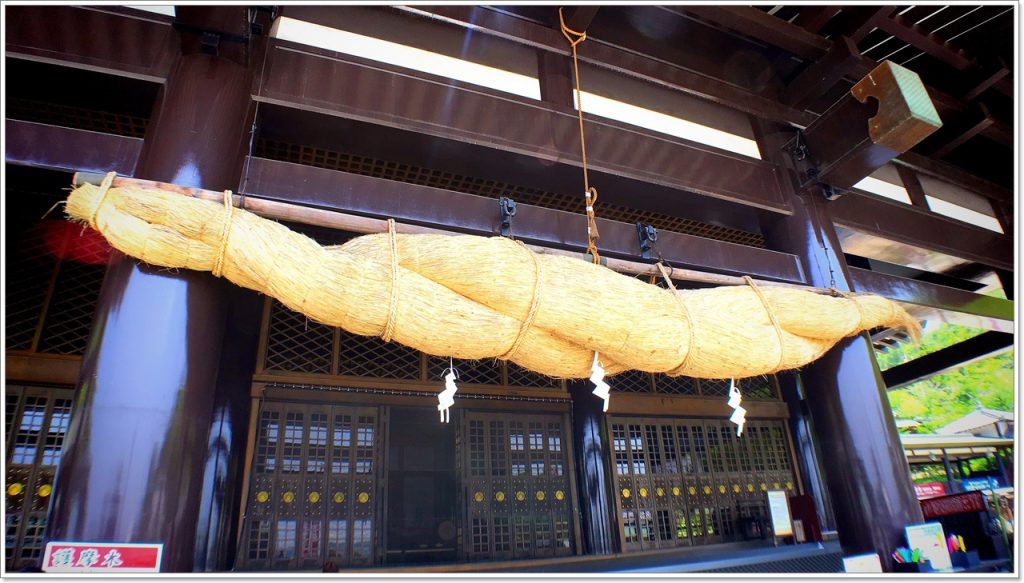 A Deva gate is Indian architecture. This is appointed in a registration tangible cultural property. 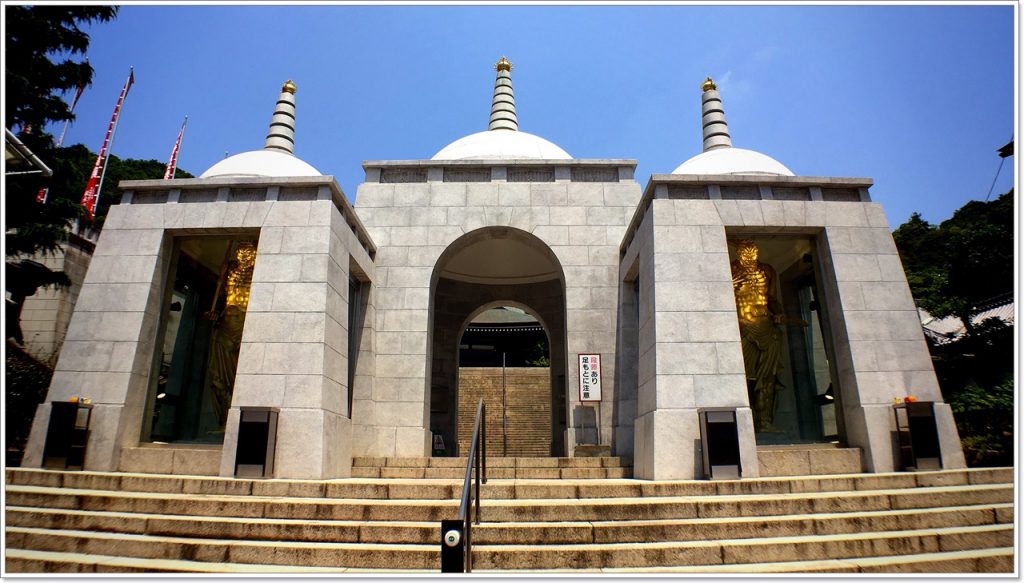 The two Deva kings image which shines in gold. 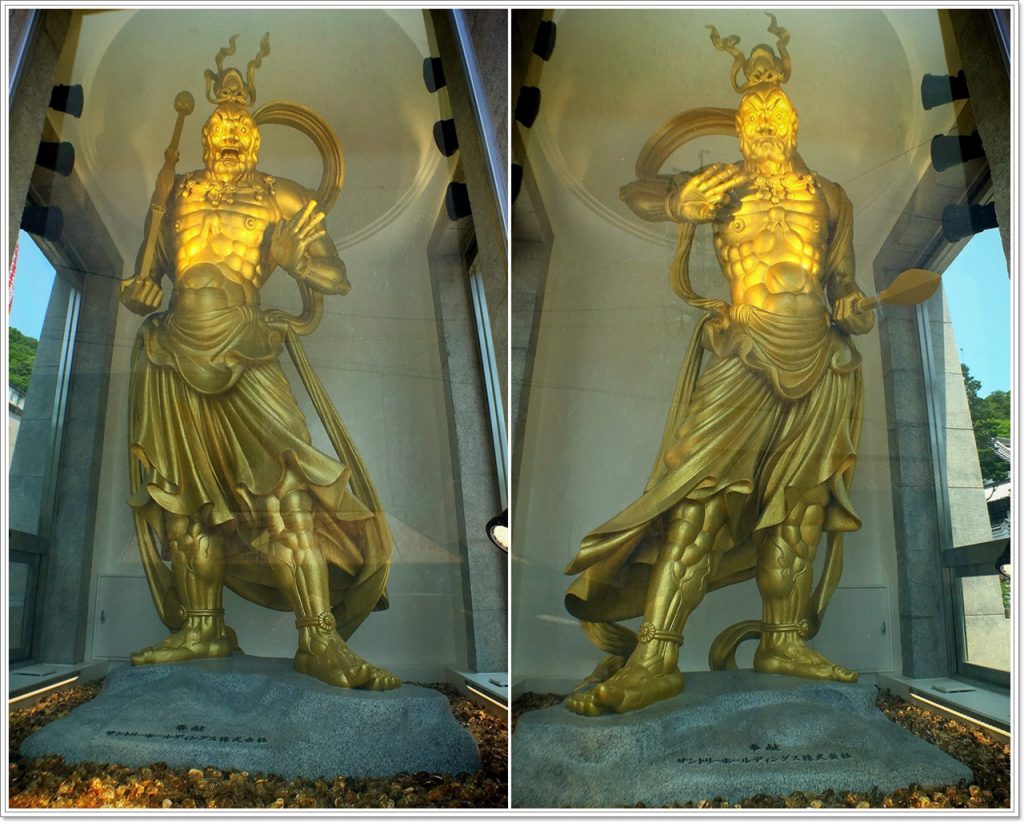 “kompondaido”. This building has the personality of the temple. 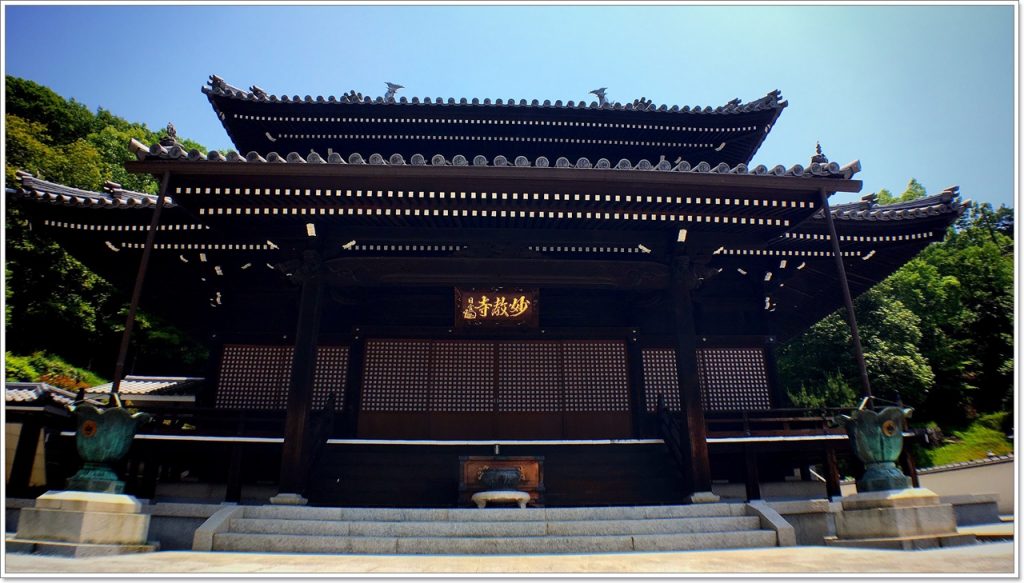 It is elaborated up to the details very luxuriously. d(*ﾟーﾟ*) 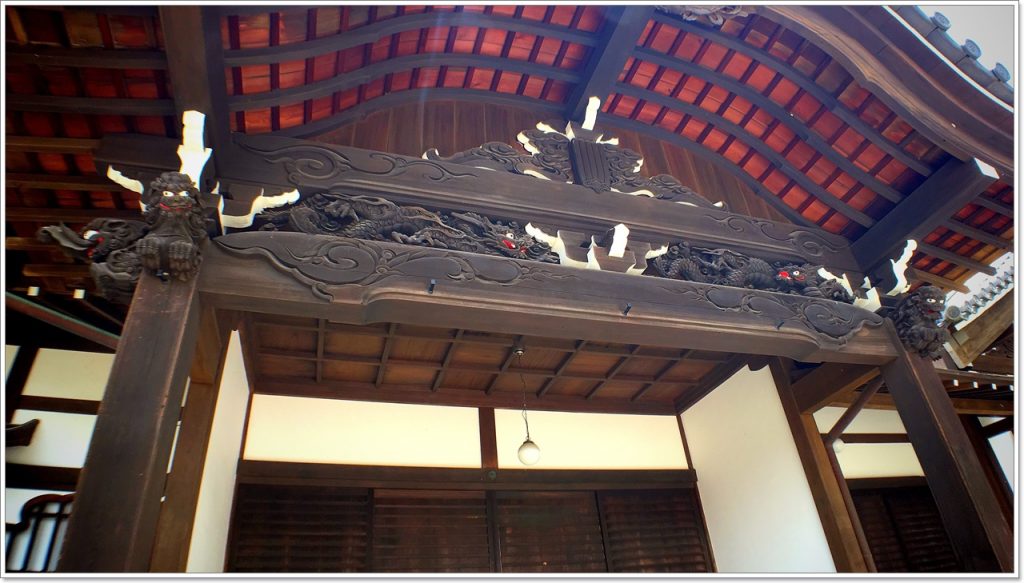 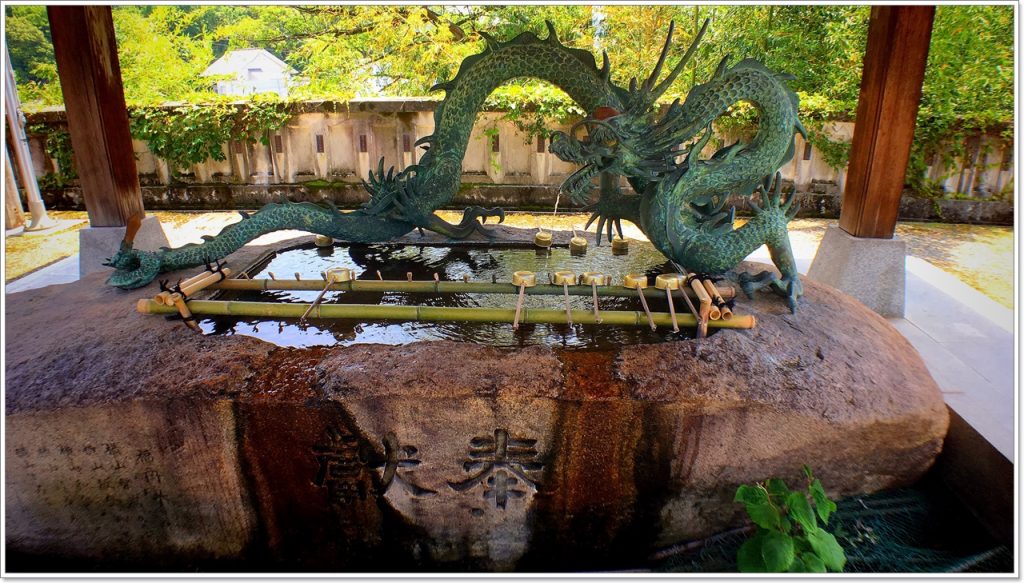 There is the sculpture of a stone made with a big rock in the back of the main hall. 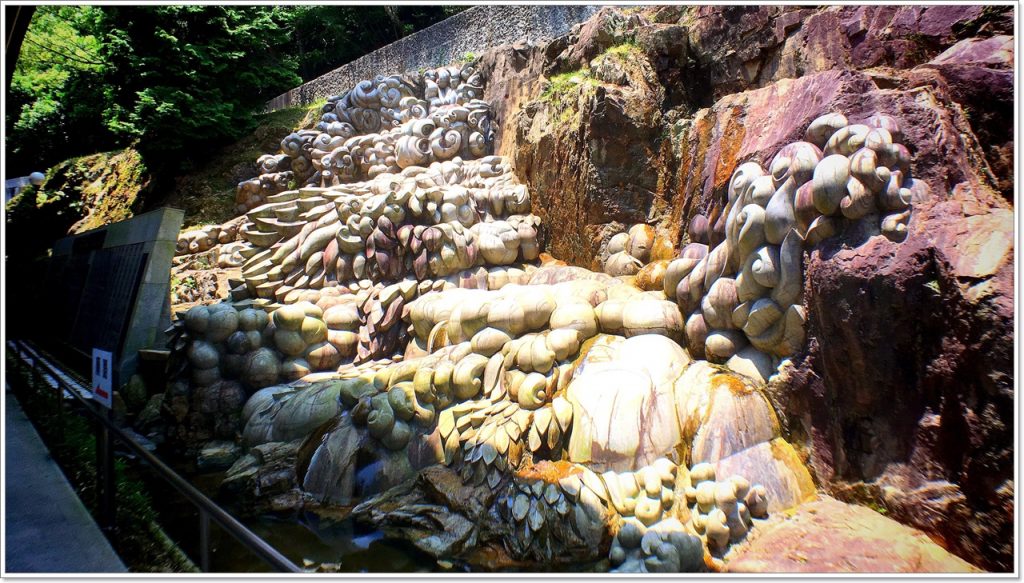 This stone carving is the work of Mr. Masato Yoshimoto (sculptor). 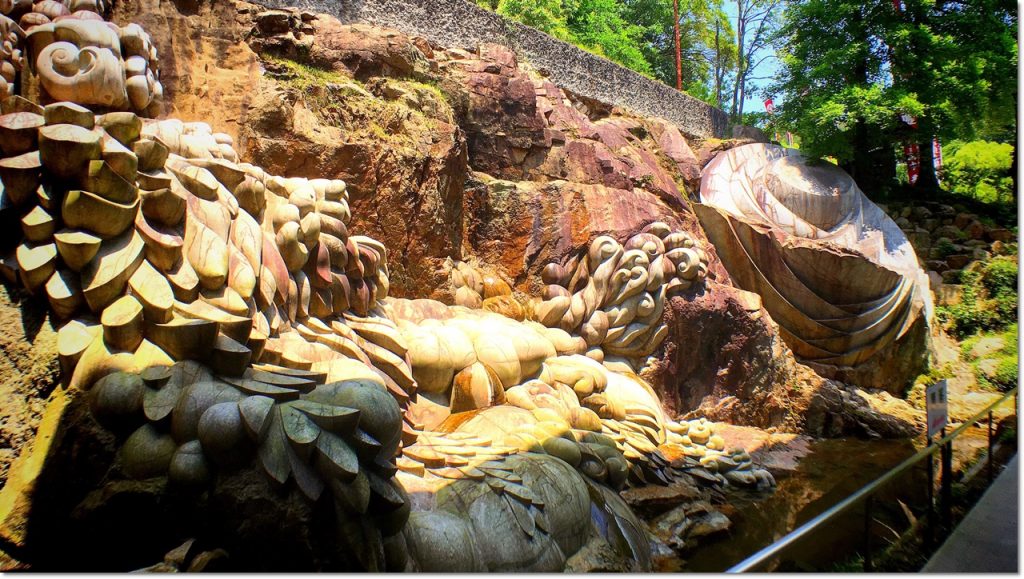 3.Worship at 77 deities who each take a specialized role

There is the place where small Shinto shrines called “Shichijushichi massha(77 deities who each take a specialized role)” gathered in the back of the old main hall.

Each small shrine has each divine favor.

Offer an incense stick in front of each small shrines. d(*ﾟーﾟ*) 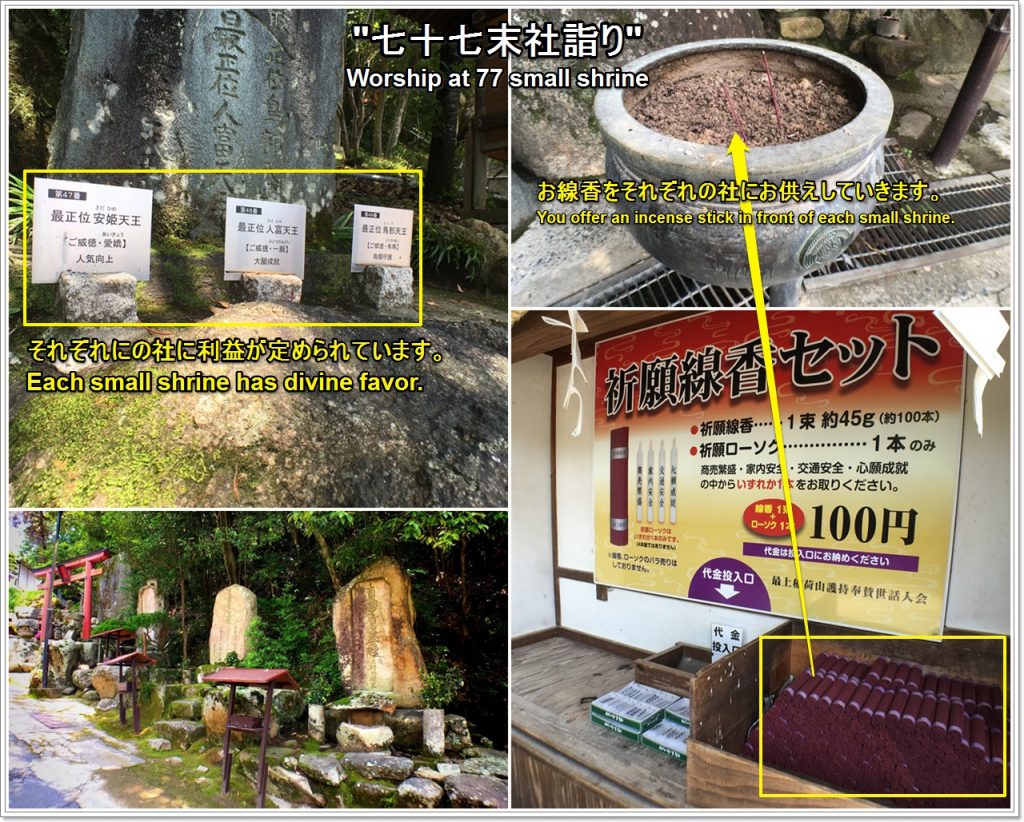 “妙法” which is the words to hint at a Lotus Sutra is greatly drawn. 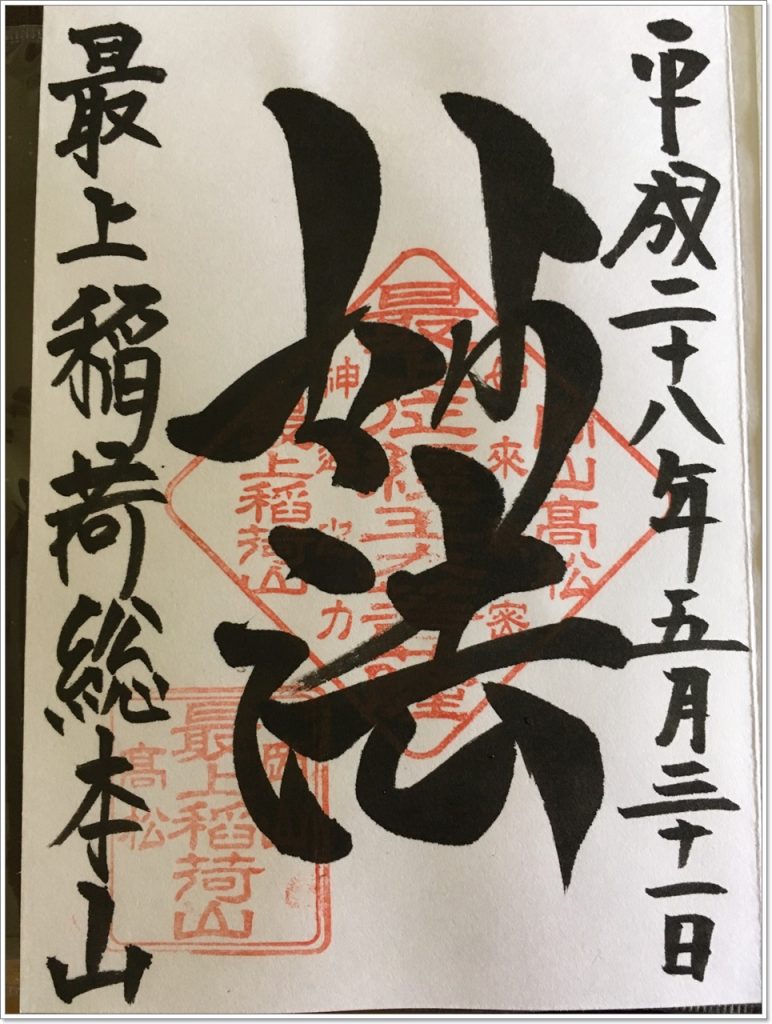 5.How to get to Saijo Inari

Please refer to the following articles for the directions from Kansai (Osaka) to Okayama.

From Bitchu-Takamatsu Station to Saijo Inari is about one hour walk.（About 3.6km）

When you are hard to walk, let’s use a taxi. The taxi fare is one way approximately 1,200 yen. 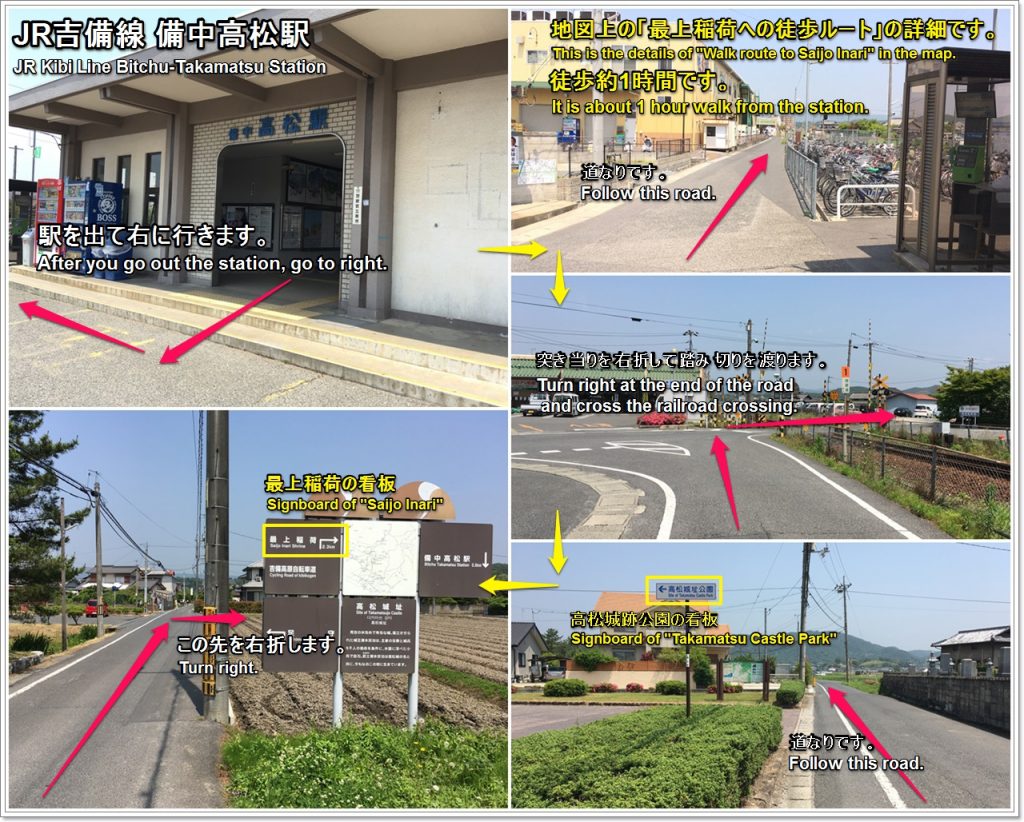 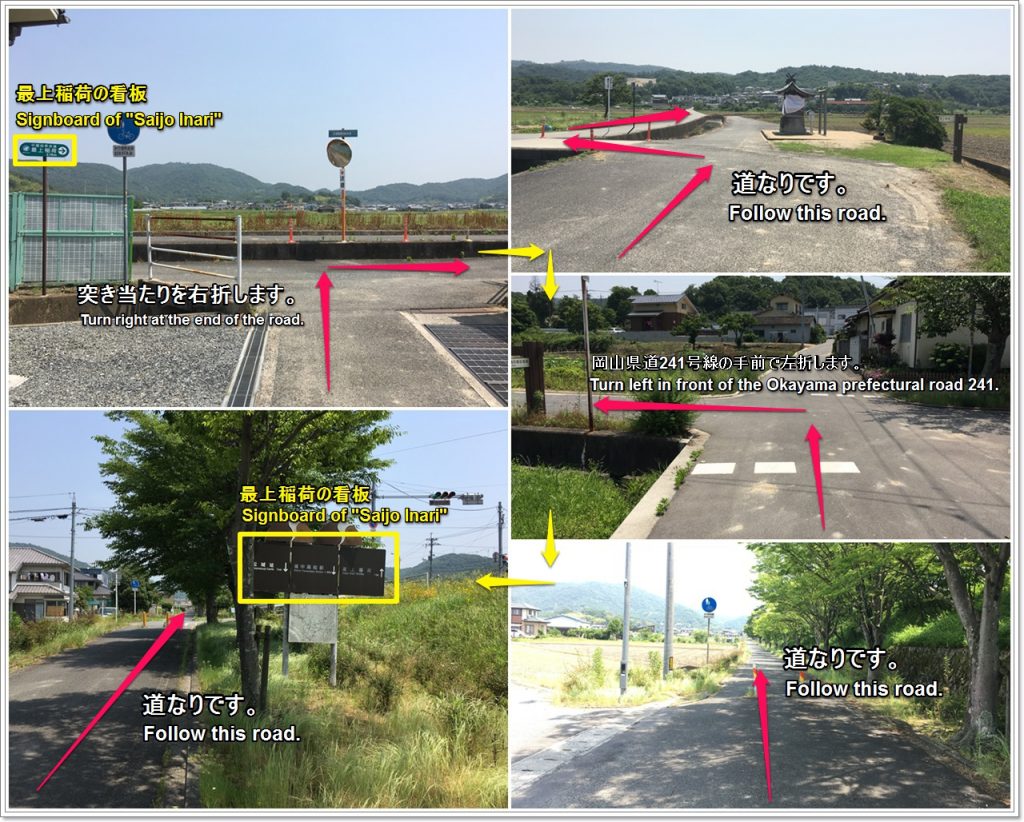 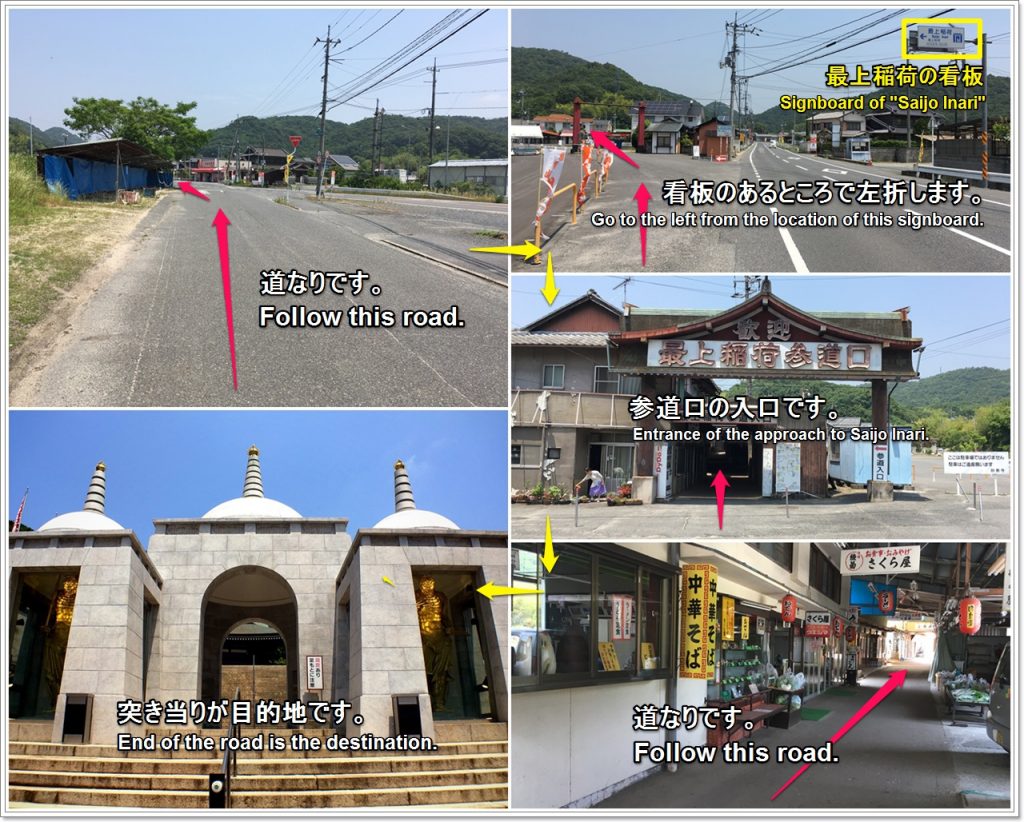 Saijo Inari is very near from Kibitsu Shrine. d(*ﾟーﾟ*)

Japan's Travel Manual
Highlights and how to get to Kibitsu-jinja Shrine.
https://jpmanual.com/en/kibitsu-shrine
Kibitsu shrine in Okayama is the noble shrine where the fable of "the Momotaro legend" that is a familiar old tale for a Japanese stays.A main shrine and the front shrine are built in the unique architecture called "the Kibitsu structure" and are appointed to a national treasure.In addition, the wooden corridor following a main shrine is length of approximately 400m. It must be worth a look...!(adsbygoogle = window.adsbygoogle || ).push({});Contents: About Kibitsu Shr...