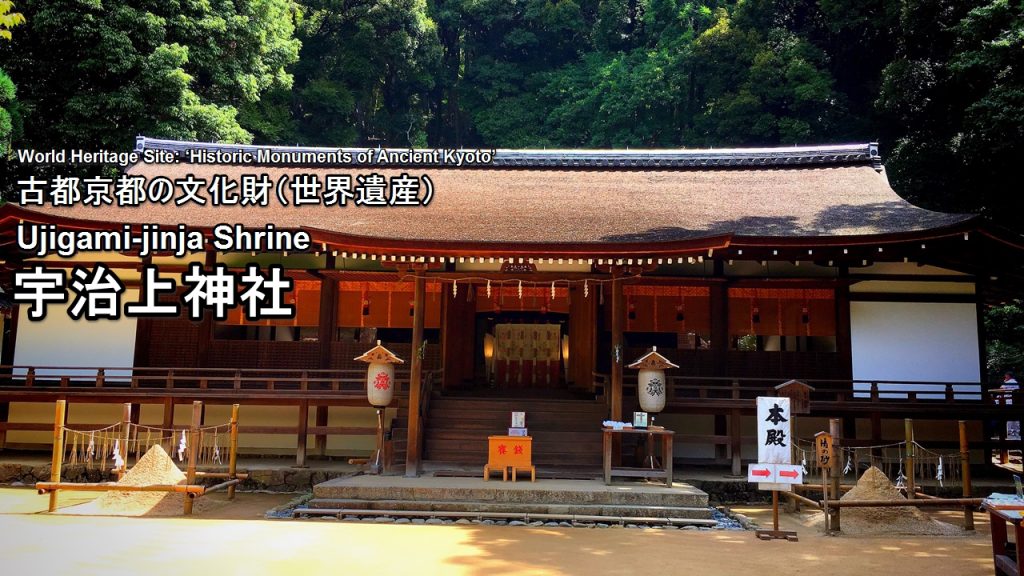 Ujigami-jinja Shrine has been designated as the World Heritage List as part of the cultural assets of ancient capital of Kyoto.

This shrine is near Byodo-in Temple.

In addition, another characteristic of this shrine is ･･･

the sacred lot and the lucky charm of rabbits!!

You can buy a Omikuji(random fortunes) and a lucky charm of very cute rare rabbit.( *´艸｀)

17 places of temples and shrines of Kyoto are designated in ‘Historic Monuments of Ancient Kyoto’.

↓Details of the “Historic Monuments of Ancient Kyoto” is here.↓

Ujigami Shrine (宇治上神社Ujigami-jinja) is a Shinto shrine in the city of Uji in Kyoto Prefecture, Japan. The shrine was built as a guardian shrine for the nearby Byōdō-in, and is adjacent to the Uji Shrine. In 1994, it was registered as a UNESCO World Heritage Site as one of the “Historic Monuments of Ancient Kyoto”. The honden and haiden have been designated by the Agency for Cultural Affairs as National Treasures in the category shrines.
引用(citation):https://en.wikipedia.org/wiki/Ujigami_Shrine

Ujigami-jinja Shrine is very near from Byodo-in Temple. (It is immediate distance across the bridge built over the Uji River.) 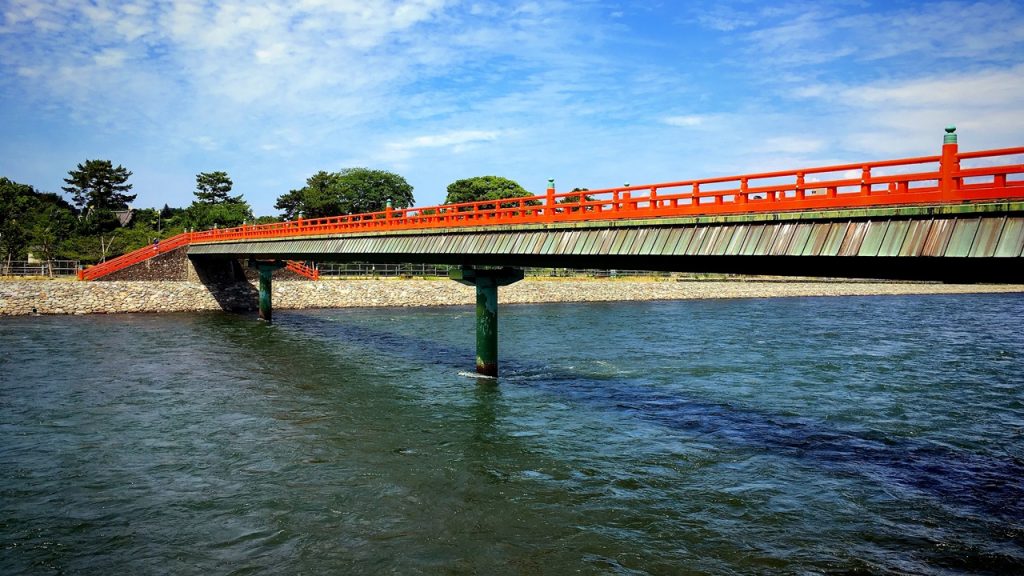 3.Relations of Ujigami-jinja Shrine and Rabbits

Omikuji(random fortunes) and a lucky charm of Ujigami-jinja Shrine are designs of the rabbits. It is so cute! 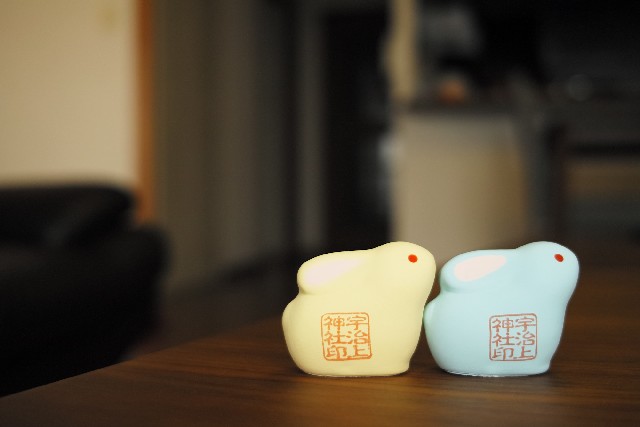 In the old days, this place called “Uji” wrote as “兎道(the way of the rabbit)” and was called “Uji”.

Therefore a rabbit is designed. ( *´艸｀) 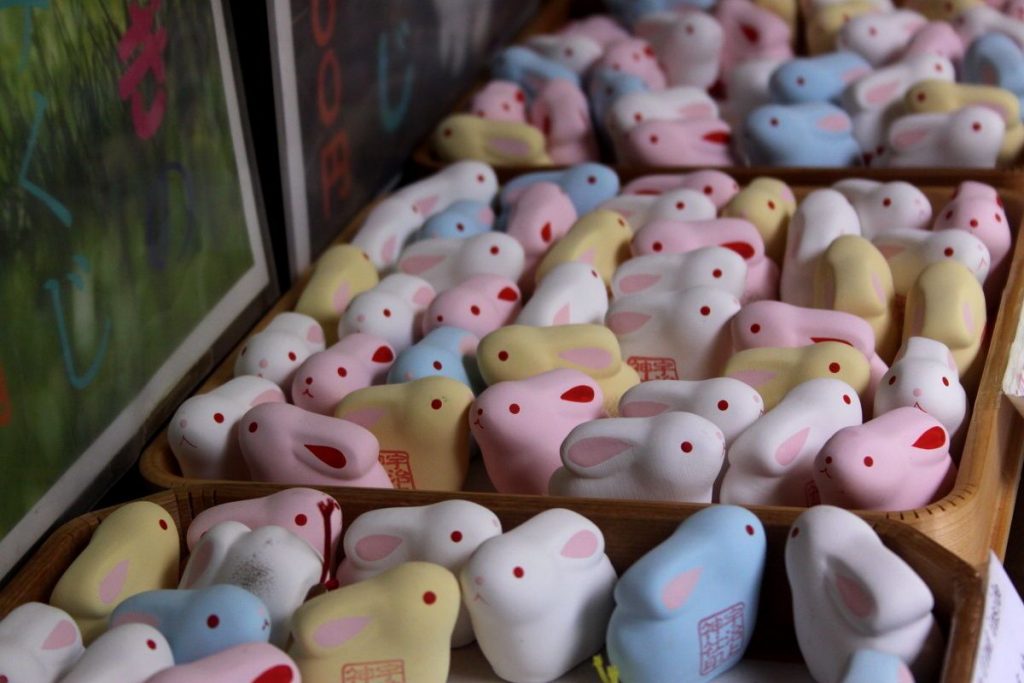 An approach to a shrine and a torii. 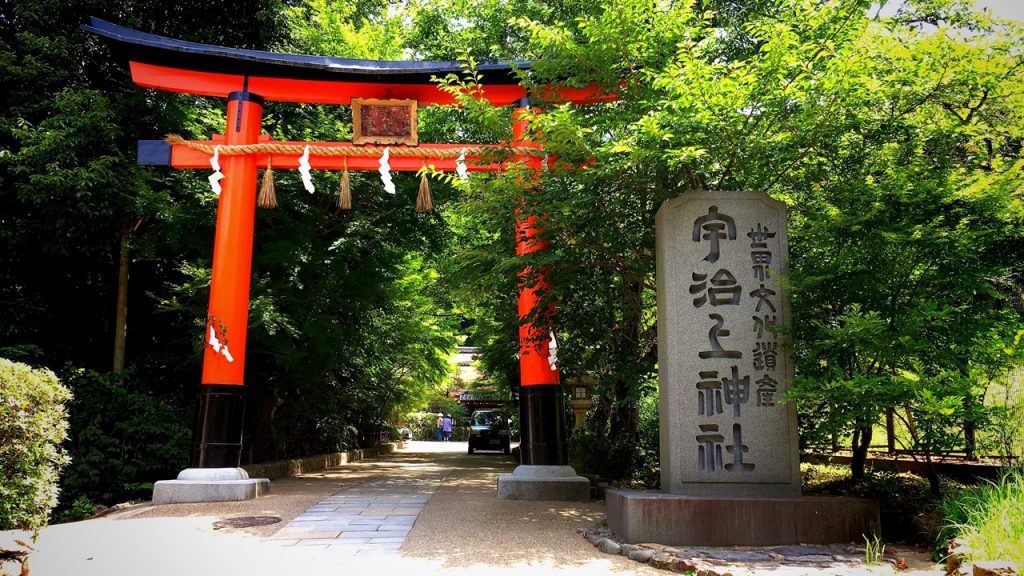 The front shrine is appointed to a national treasure. 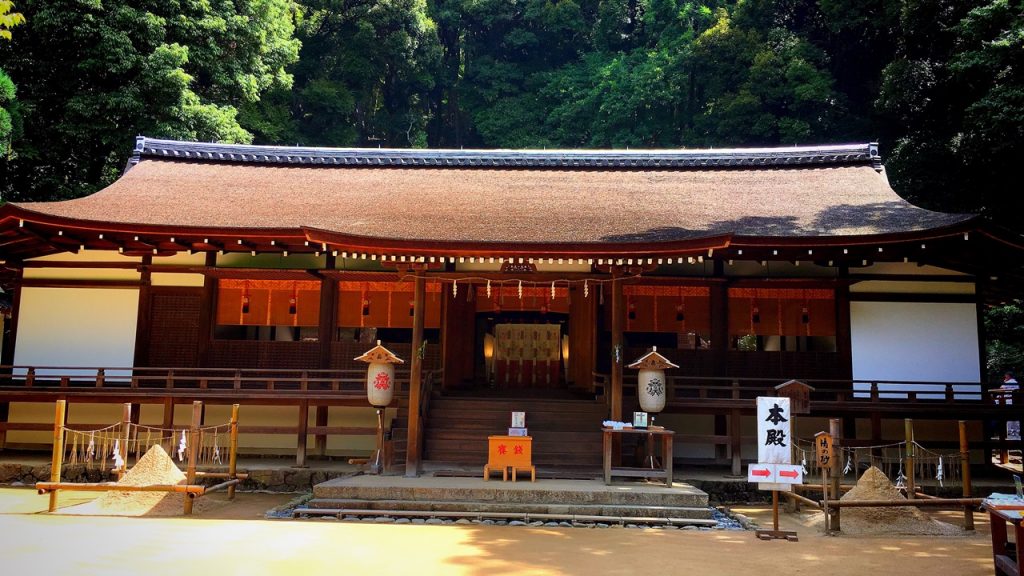 “Holy sand” is put in front of the front shrine. 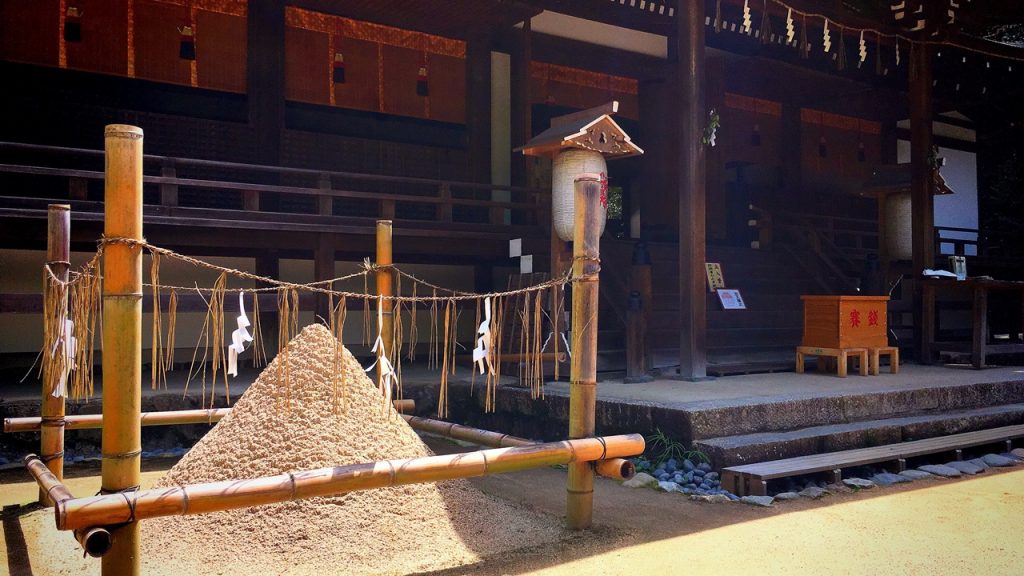 The front shrine was built in the Kamakura era, but has been restored in 1911. 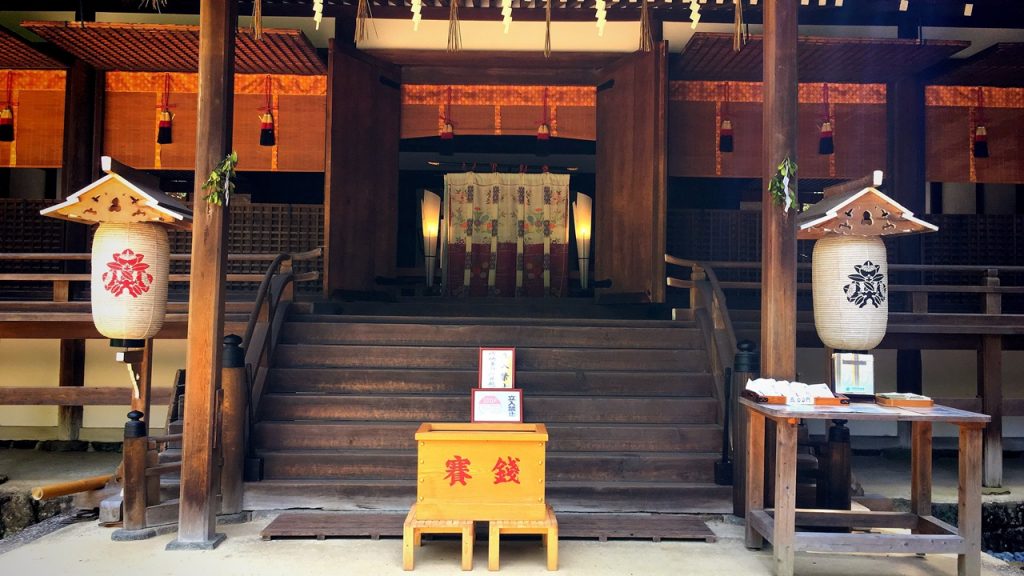 The backside of the front shrine. 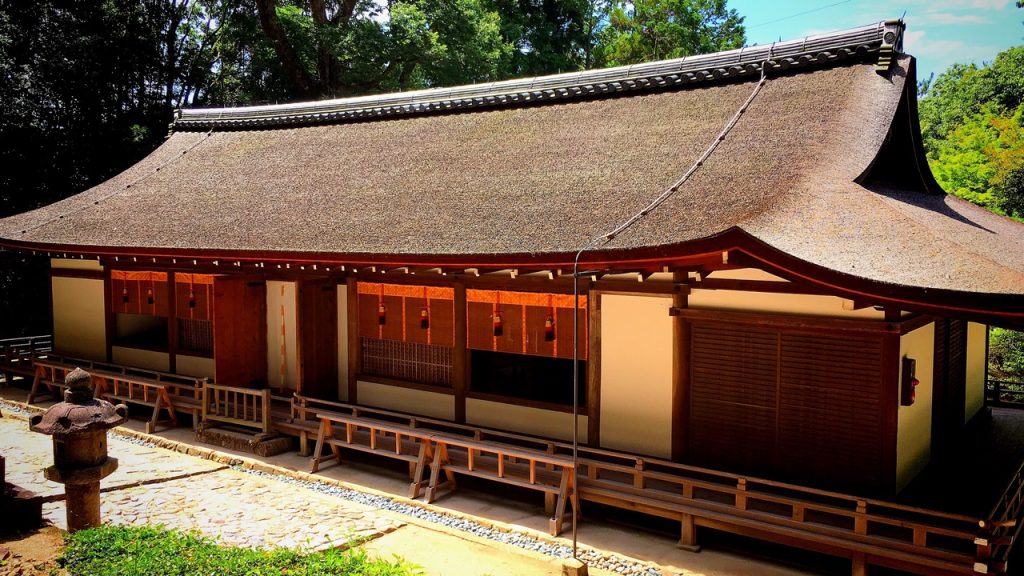 There is a main shrine in the back of the front shrine. The main shrine is appointed to a national treasure, and is the existing oldest shrine structure. 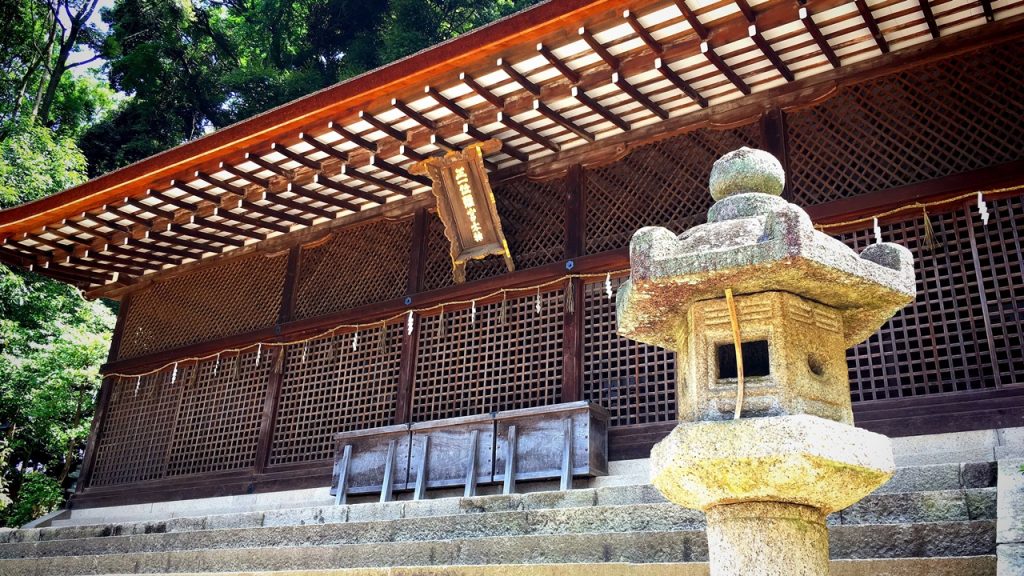 This is the main shrine of the Kasuga shrine which is a smaller shrines managed under the big shrine. (It is important cultural property.) 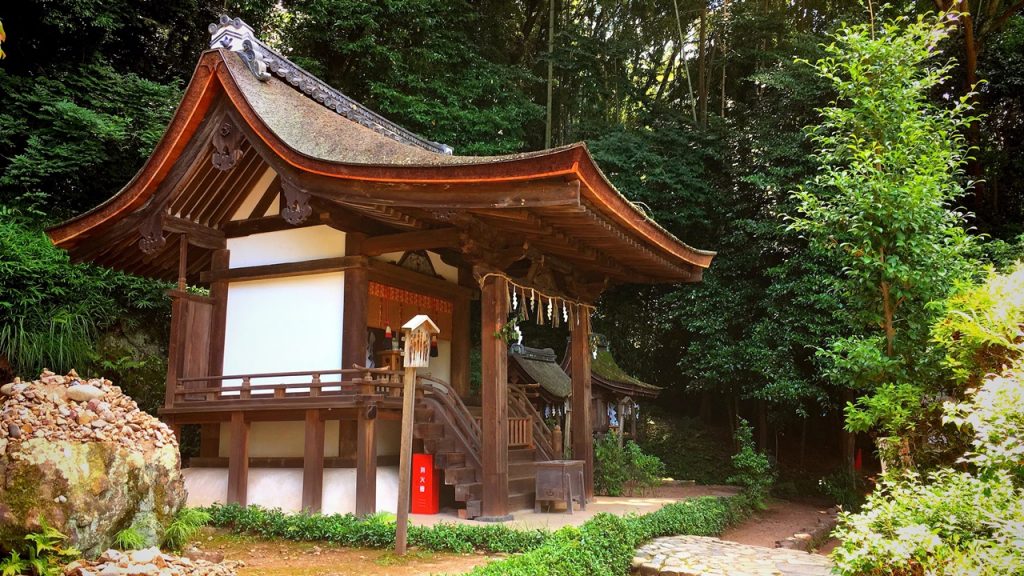 5.Another shrine with the name of Uji

The old days, these two shrines were the same shrines, but were divided into two shrines after the Meiji Restoration.

The approach to a shrine entrance of Uji-jinja Shrine. 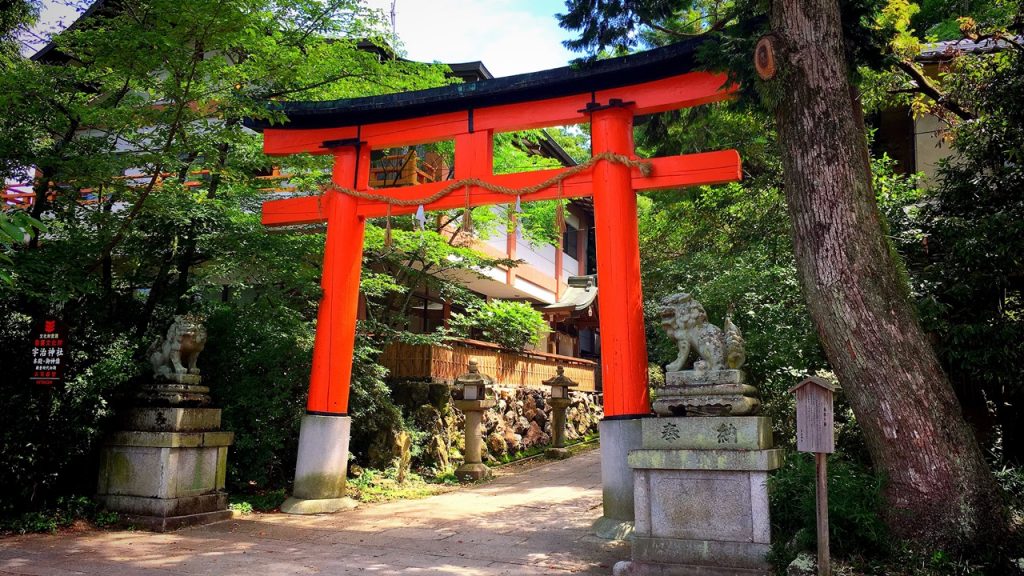 In front of the main shrine of Uji-jinja Shrine. 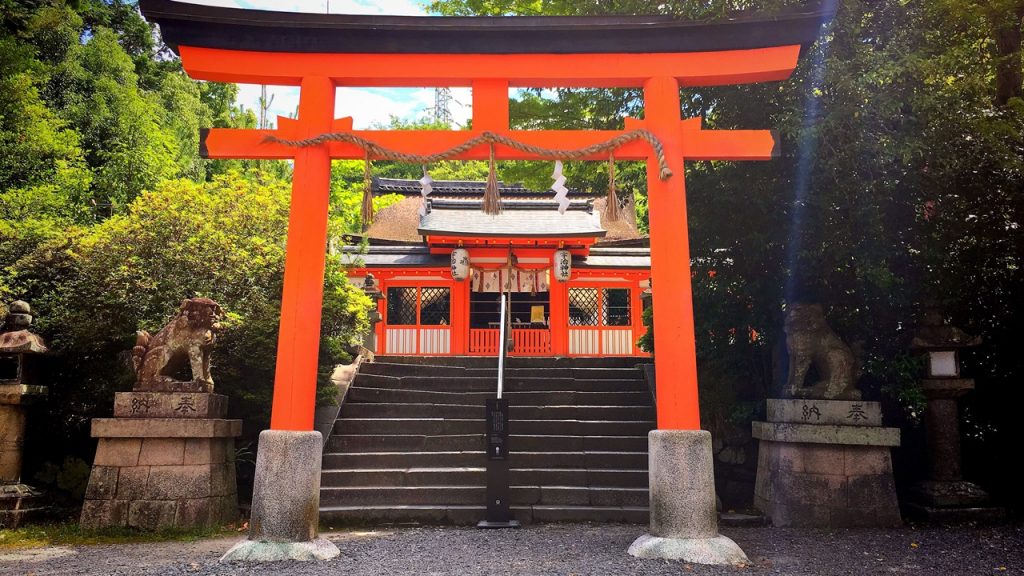 The main shrine is appointed to important cultural property. 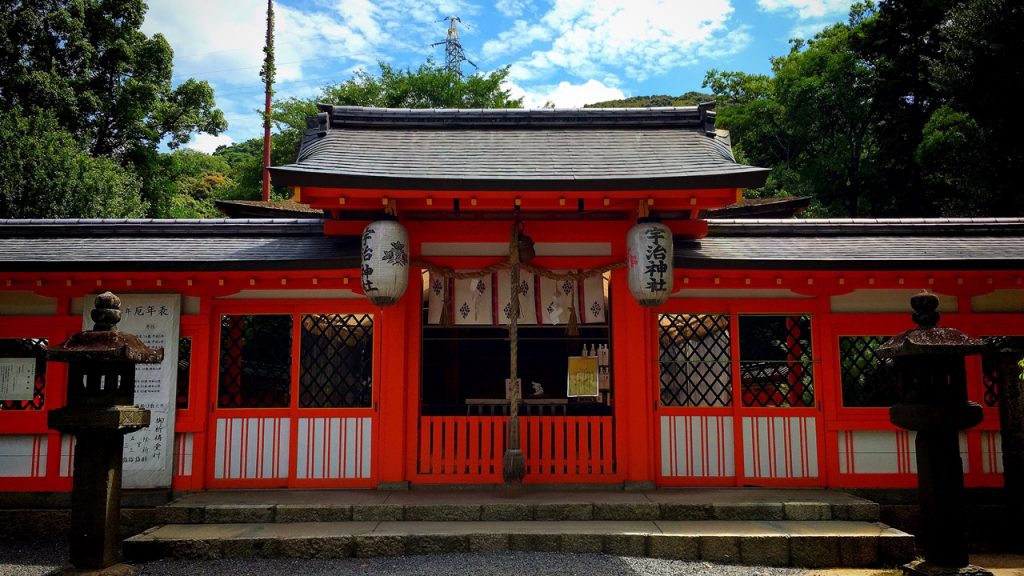 桐原殿(Kiriharaden) which is a front shrine. 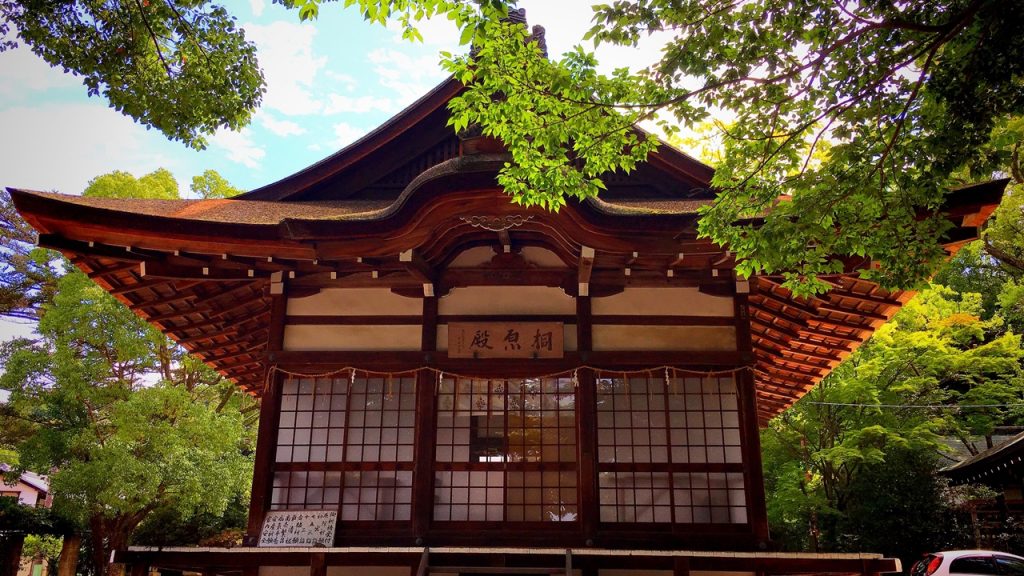 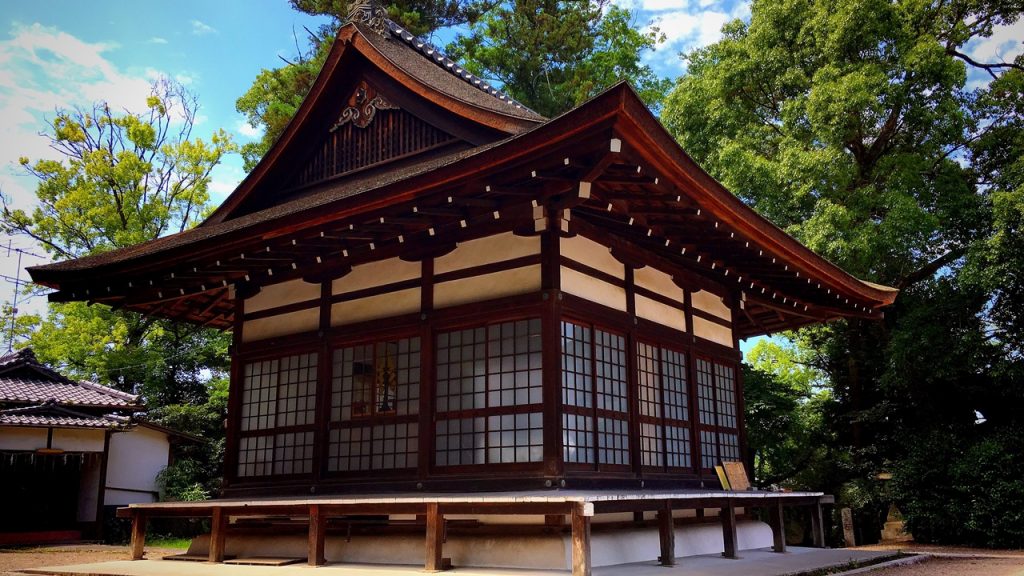 You can get Goshuin(shrine seal or stamp) at each Shinto shrine. (○´艸｀)

Goshuin(shrine seal or stamp) of Ujigami-jinja Shrine. A red seal of the world’s cultural heritage is characteristic. 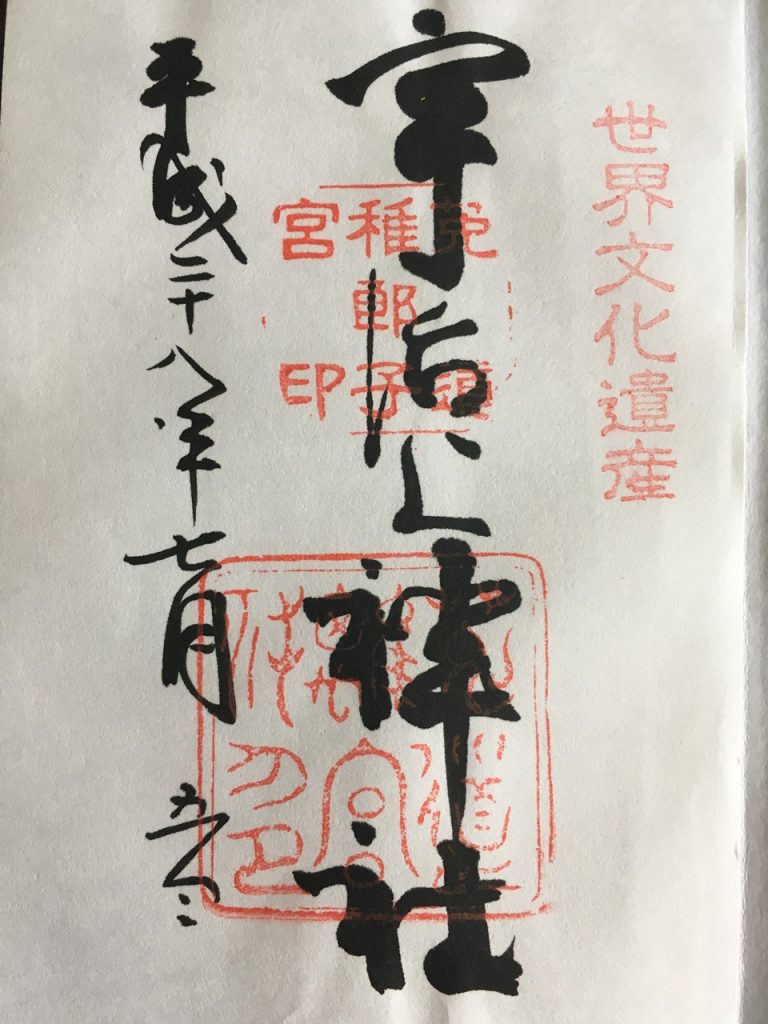 This one is Goshuin(shrine seal or stamp) of Uji-jinja Shrine. 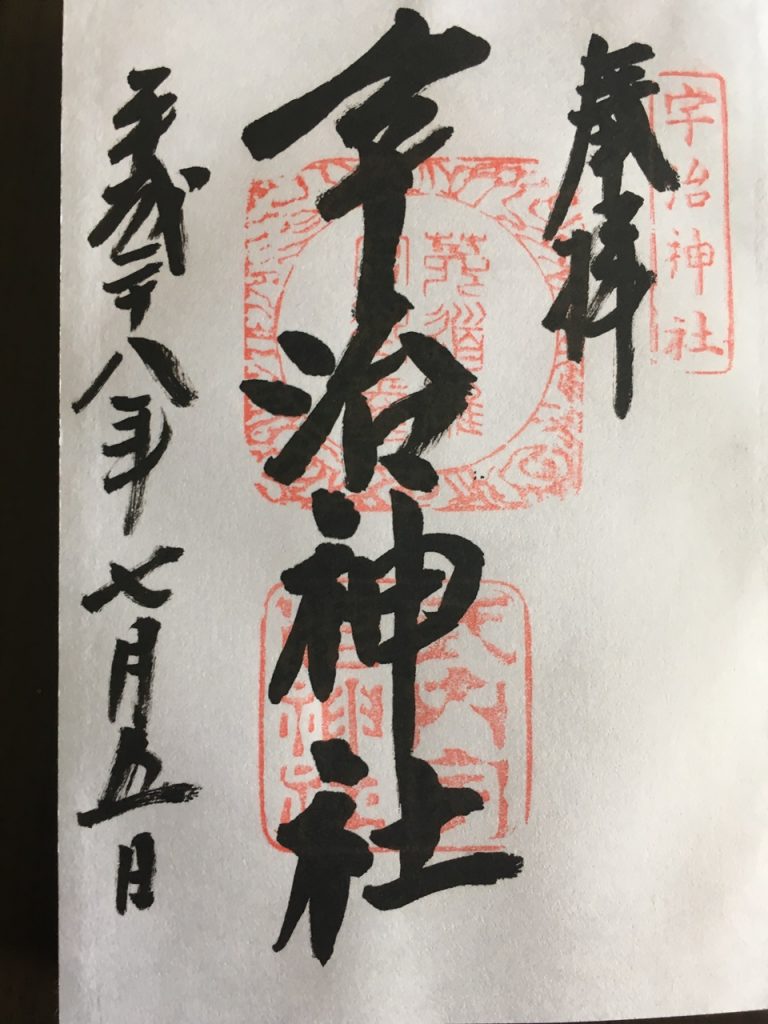 7.How to get to Ujigami-jinja Shrine

●Map of the Byodo-in Temple neighborhood 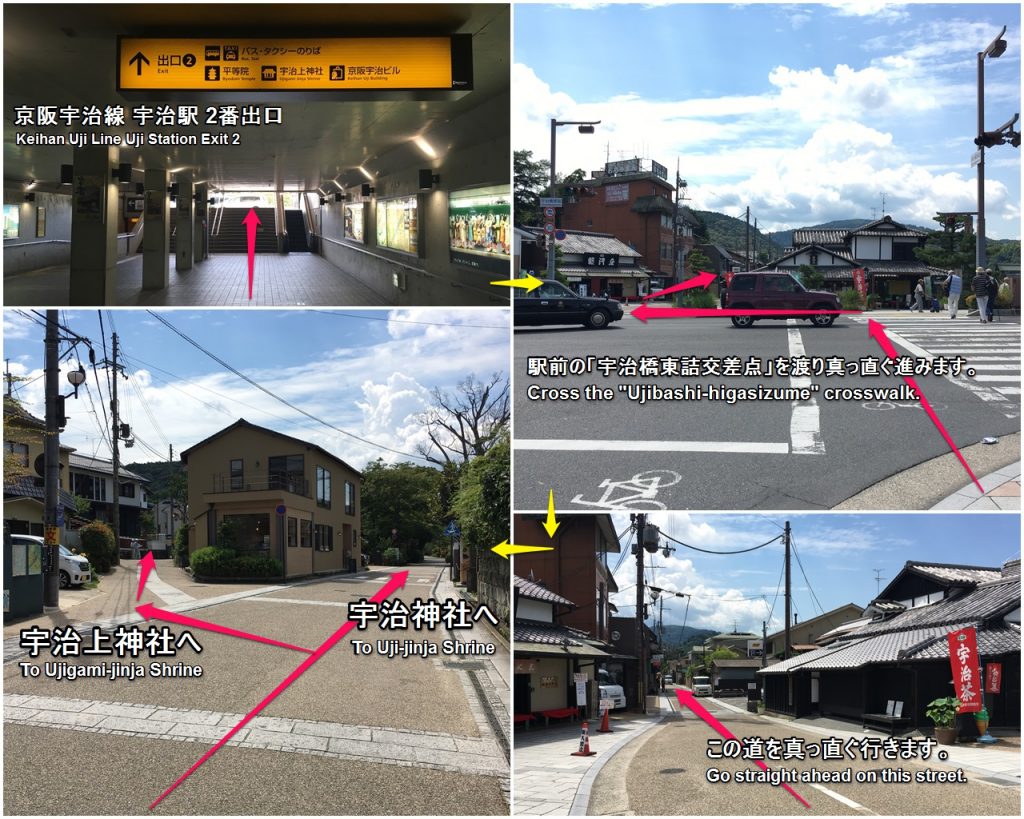 Please try to go to this place.