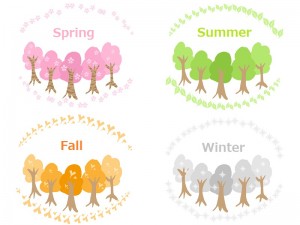 What is the charms of Japan?

When it was asked such a question, I answer in this way.

“Japan has the four seasons and can enjoy various climates!“

Japan is a very small country, but can enjoy different climate and culture, a tourist attraction by a place to visit! In addition, it becomes a totally different climate at the same place by a season because there are the four seasons. There is pleasure different again once by coming at the spot that came in a different season.

I go for a trip in Japan well, but never get tired of the same place because there are the four seasons.

1.Prefectures of Japan and the local name 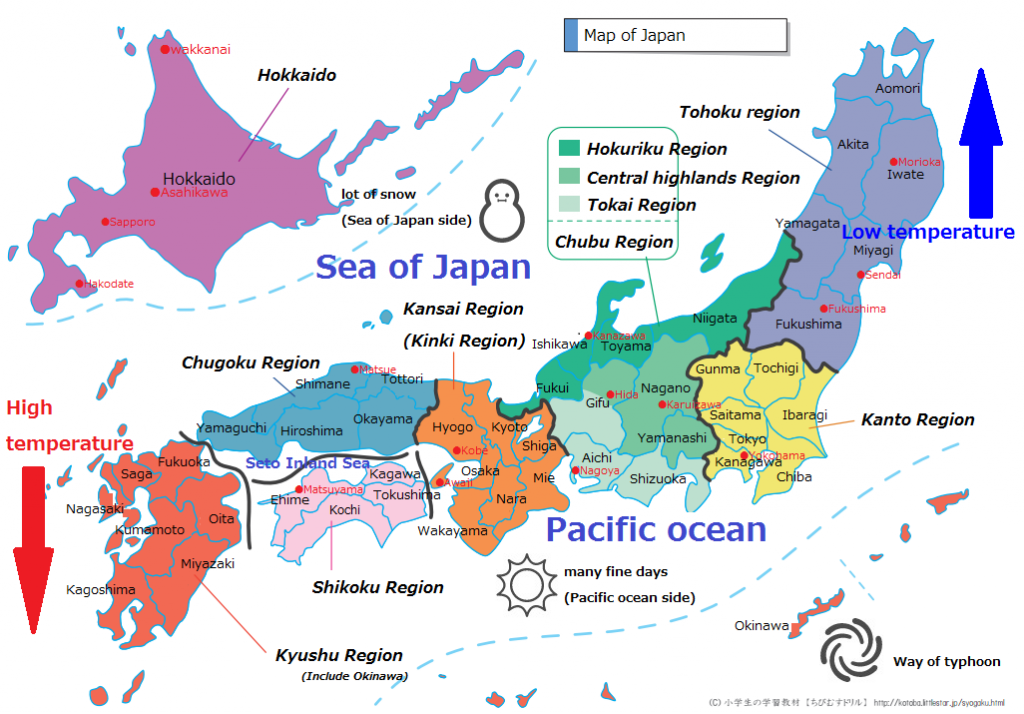 2.Is there much rain in Japan…?

There are many rainy days in Japan than you think. In addition, unlike Southeastern Asian squall which it rains in large quantities and stops immediately, the Japanese rain rains a long time. When there is a folding umbrella, during a trip to Japan, it is convenient!

The snow is very common in Japan. For the purpose of Japanese snow, there will be many tourists coming in Japan. So, I summarized the snow situation of Japan.

A lot of snow falls in the north side and Sea of Japan side of Japan. The trip to winter Japan, please go to watch snow!

4. It is a season of “the rainy season” from late May to July. 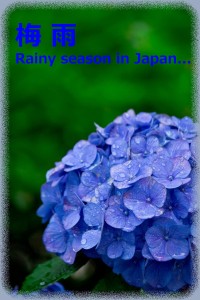 It is a season of “the rainy season” from late May to July. In Japan, we call “梅雨(tsuyu or baiu)”.

Because there are a great many rainy days during the rainy season, an umbrella is necessary.

It is inconvenient to travel on a rainy day, but a beautiful flower blooms and is the season when many vegetables are delicious!

Because the trip price is relatively low during this period, it may be good to travel to Japan at this time.

5. Typhoon season is from July to October. 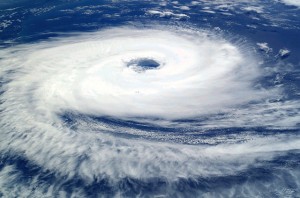 From July to October, Japan is a typhoon season.

6.Climate of various parts of Japan

■climate: Hokkaido is located the most north of Japan. Therefore, this area is very cool in summer and very cold in winter. There is no rainy season in Hokkaido. In addition, almost none of the typhoons comes, too. 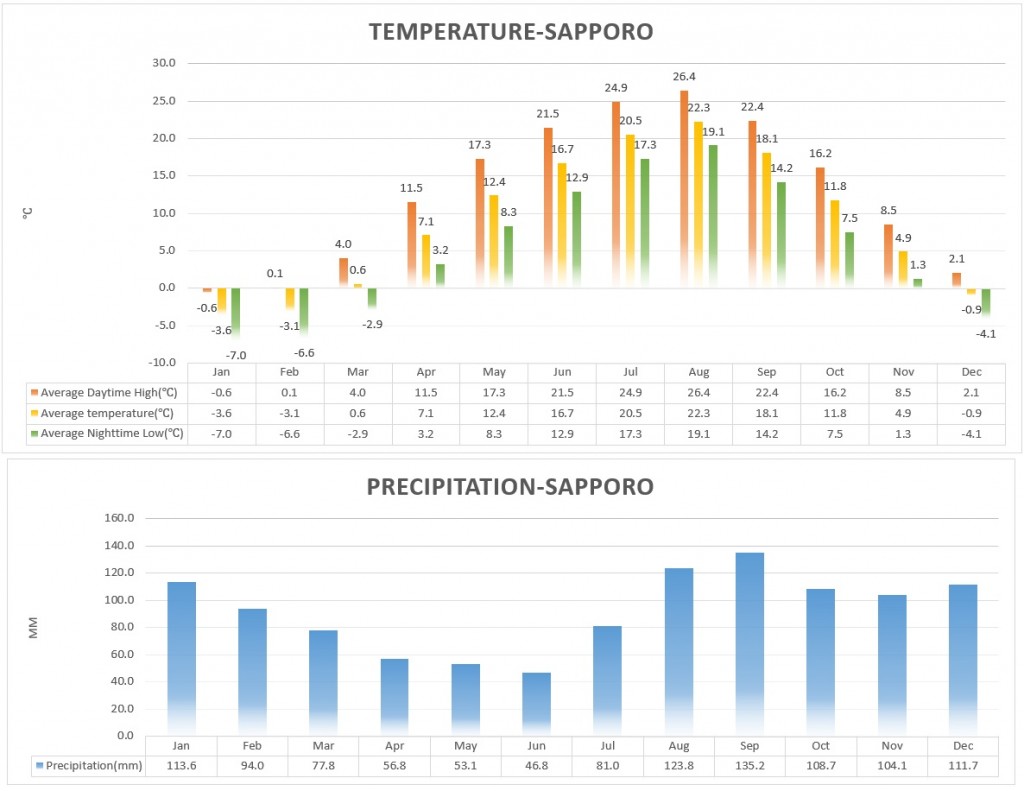 ■climate: It is an area located the north of “Honshu” which is the biggest island in Japan. This area is considerably cold in winter. The Pacific side has much fine weather, but the Sea of Japan side has many snow and rain, and considerable snow is piled up in winter. And becomes considerably hot in the summer. 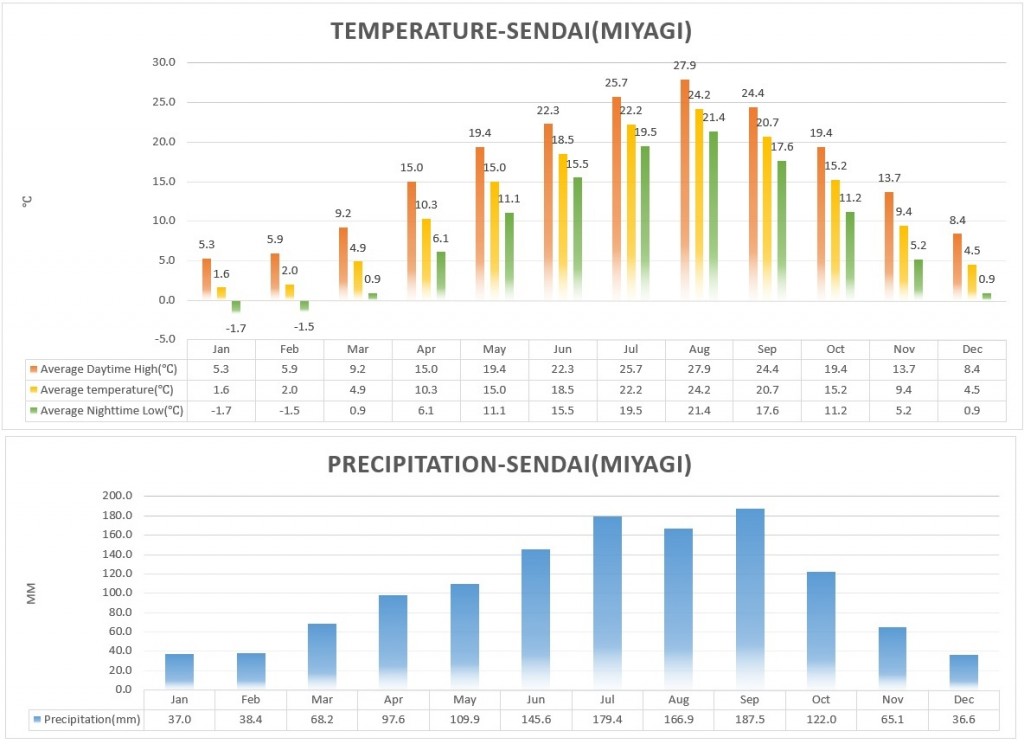 ■climate: Kanto region, winter period, In the northern part(Gunma,Tochigi), there is the area where snow is considerably piled up. Summer period, There are many hot days and much rain. In addition, a squall may fall. 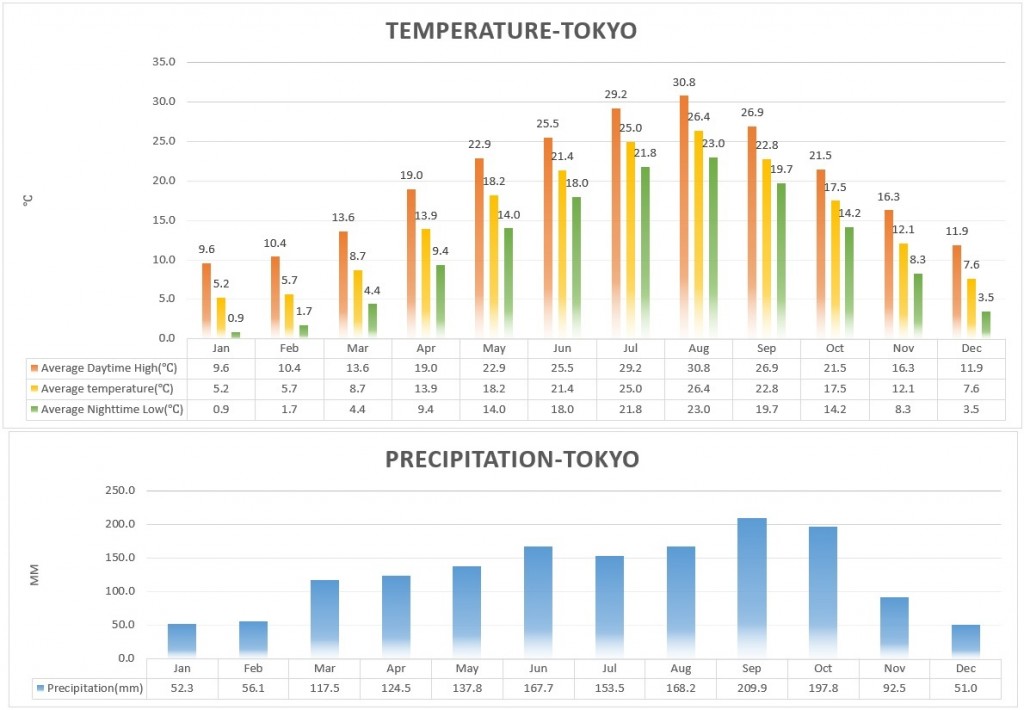 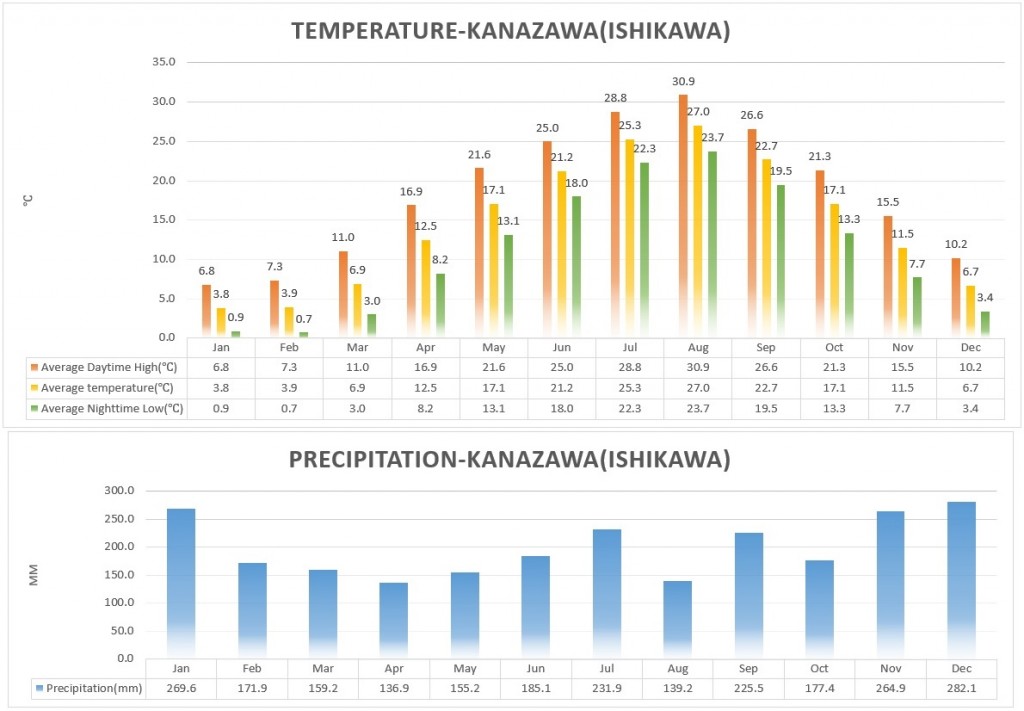 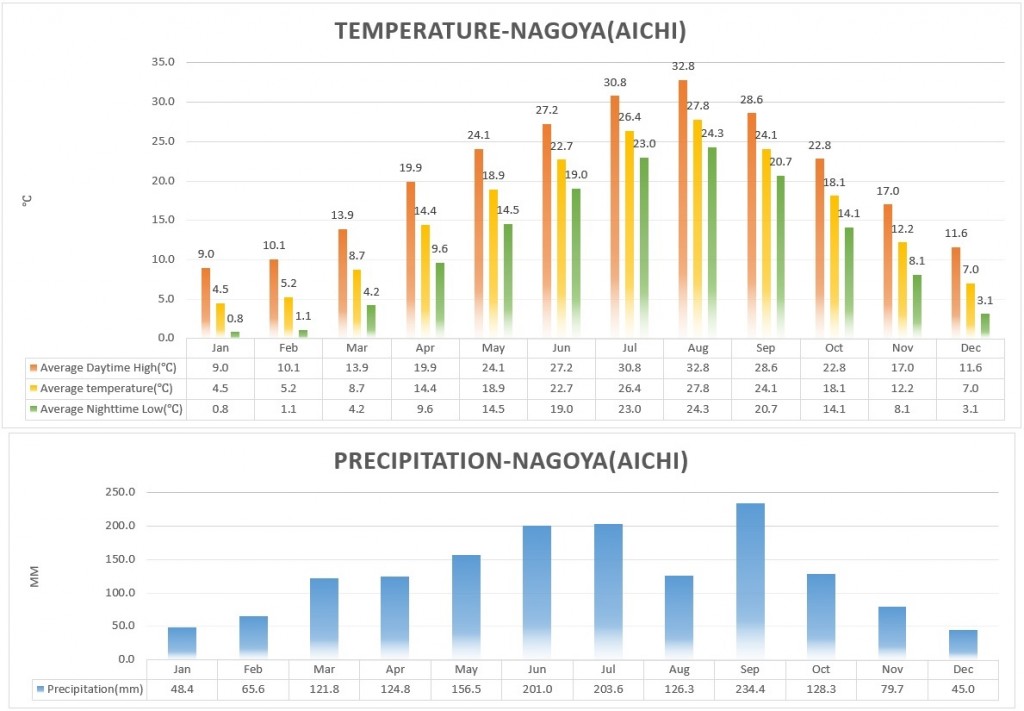 ■climate: We have “Kansai” and both names of “Kinki” in this area. “Kansai” is mainly used well now.

The summer of the Kansai region is very hot and humid. As for the highest temperature, more than 35 degrees Celsius is not rare.
There are many days when it is fine in winter. Except the northern part and the mountains of Kyoto and Shiga, snow does not fall very much. 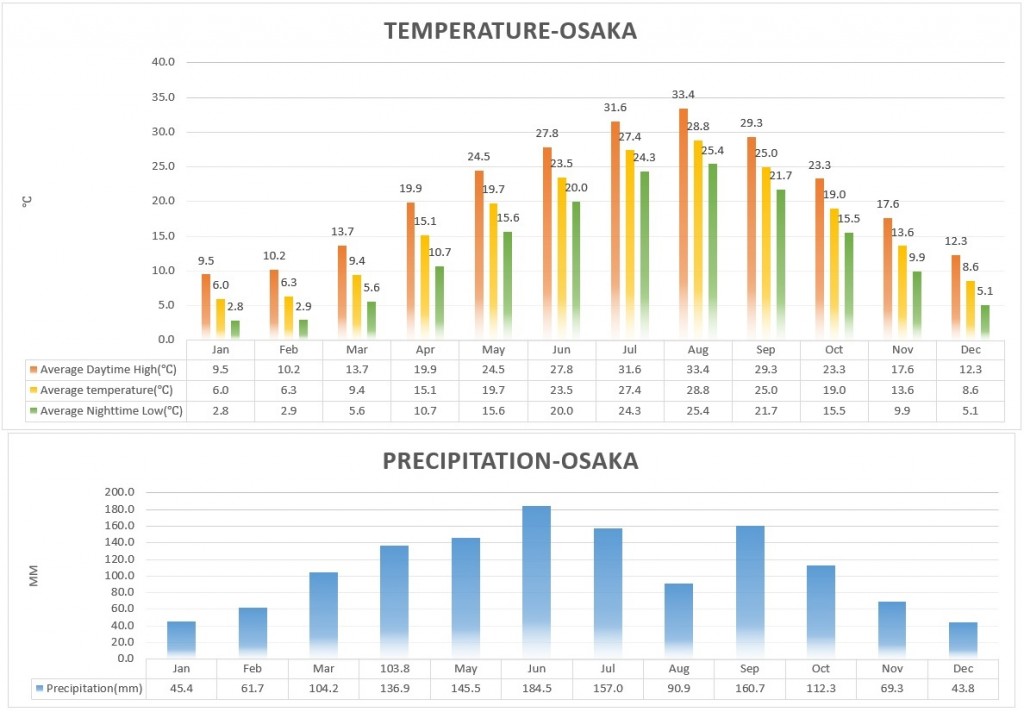 ■climate: The Chugoku district resembles the Chubu District. A climate of the north side (the Sea of Japan side) and the south side (Seto Inland Sea side) are different. The north side becomes very cold, and much snow falls in winter. The south side has few rain and snow. But rain considerably increases at the time of the rainy season. This area becomes hot in the summer almost as same as Kansai. 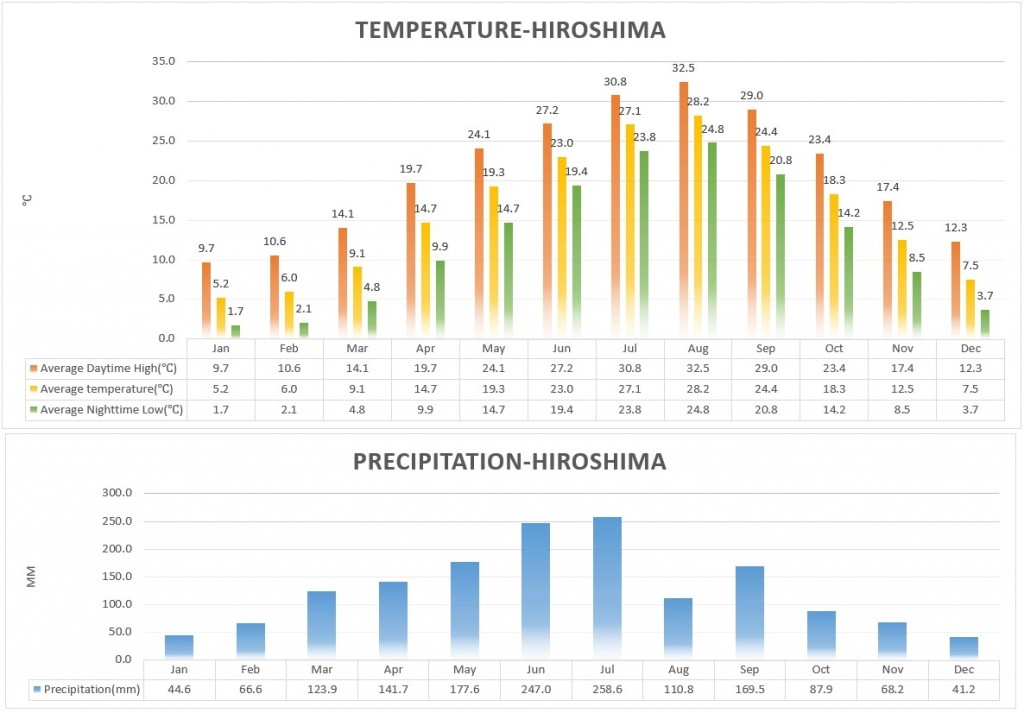 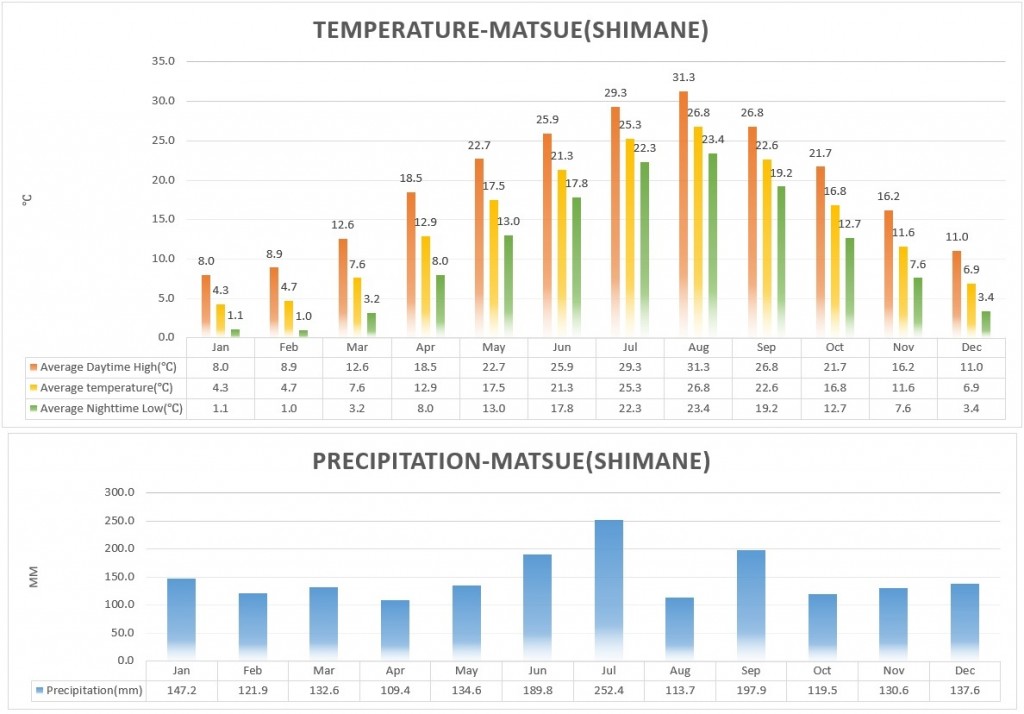 ■climate: Northern (the Seto Inland Sea side) of Shikoku is a climate similar to Hiroshima of the Chugoku district. This area has few rain and snow, and there are many days that it is warm and is easy to spend. (except the time of the rainy season)

Southern (the Pacific side) of Shikoku has many warm days. In addition, it rains very well through the year. In a typhoon season from to summer and autumn, typhoons come close well. 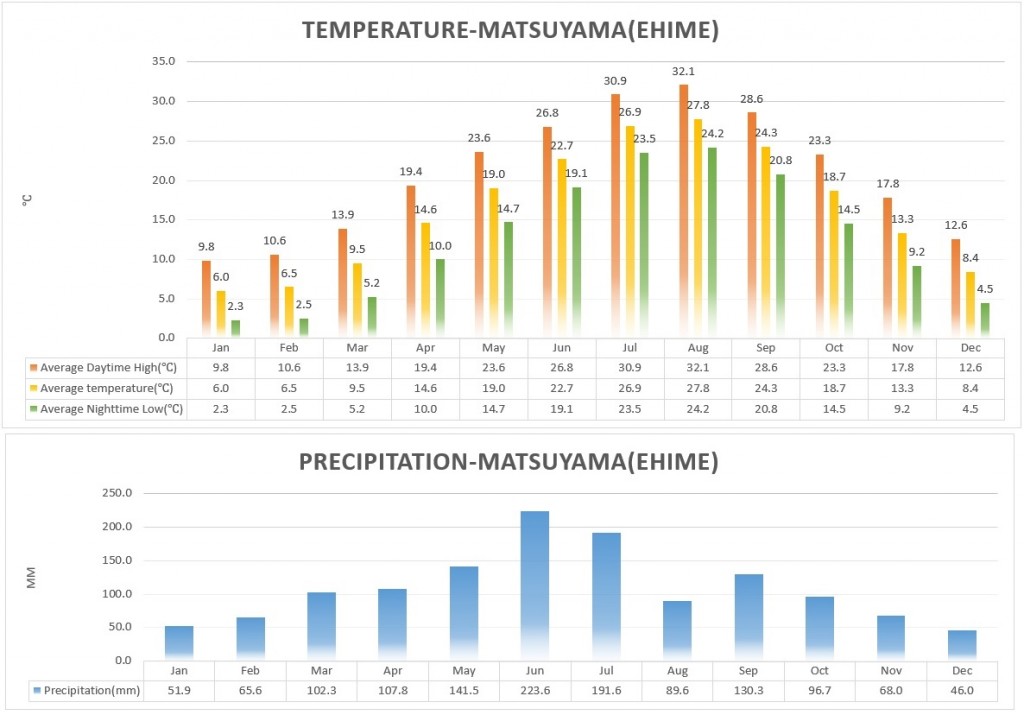 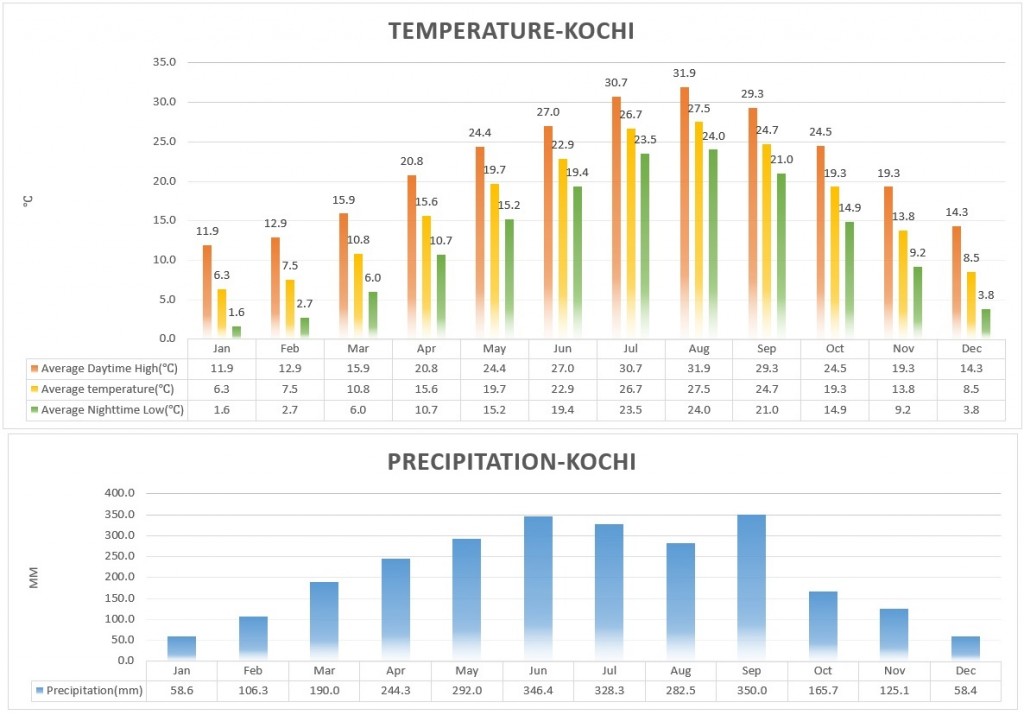 ■climate:The Kyushu district is relatively warm, and there are many days that is easy to spend. However, a lot of rain falls at time of the rainy season. In addition, precipitation increases very much because this region often becomes the course of the typhoon when a typhoon comes. 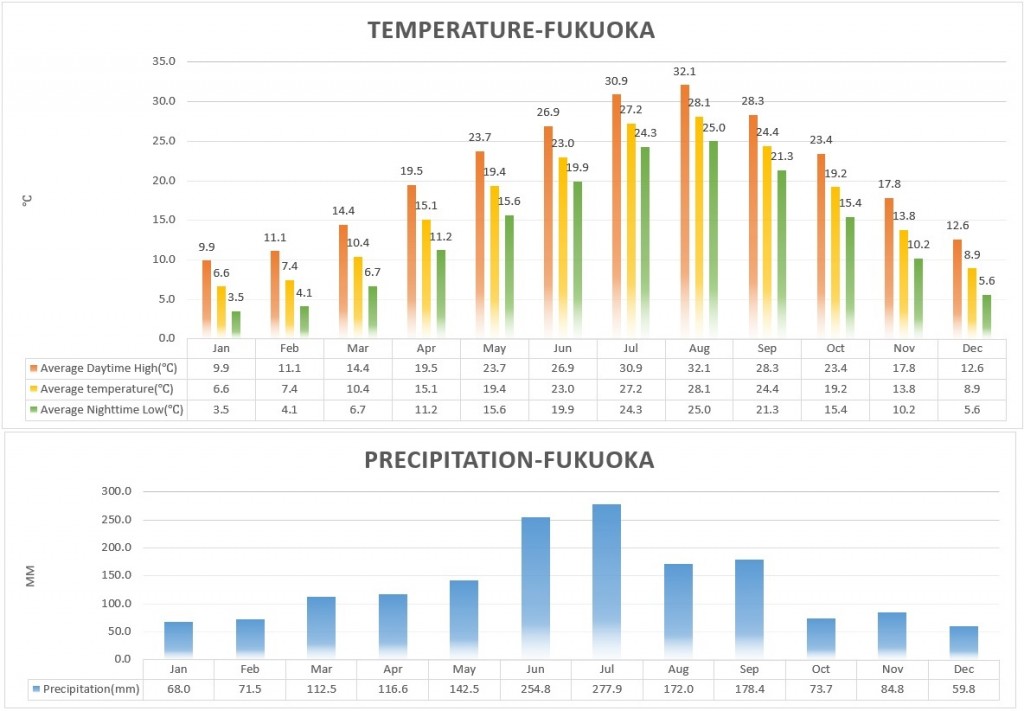 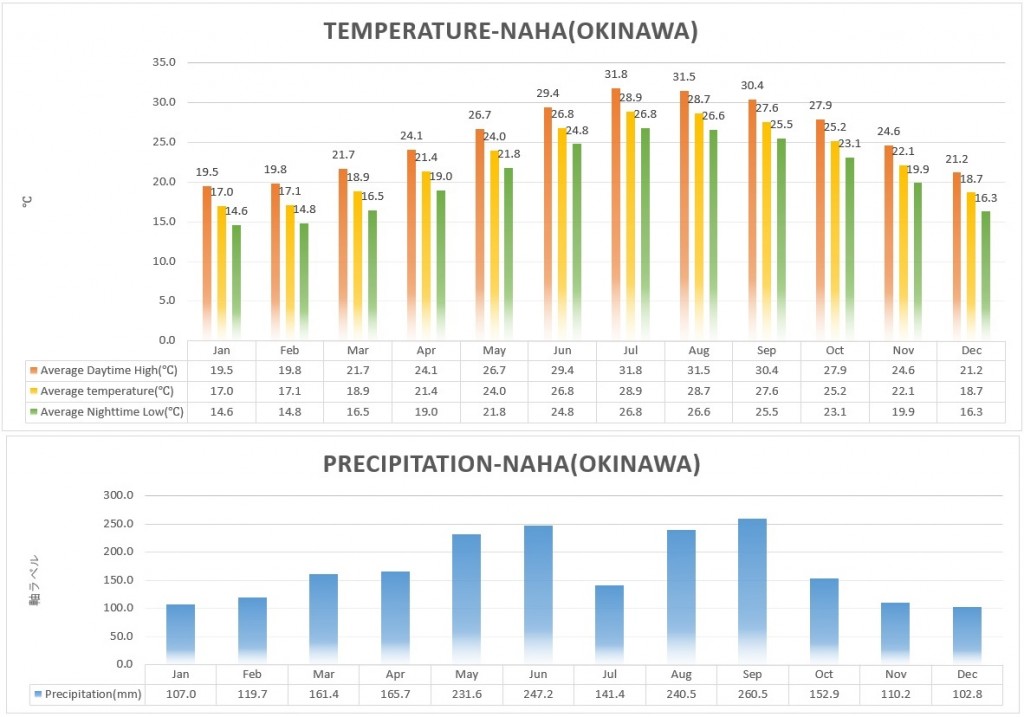